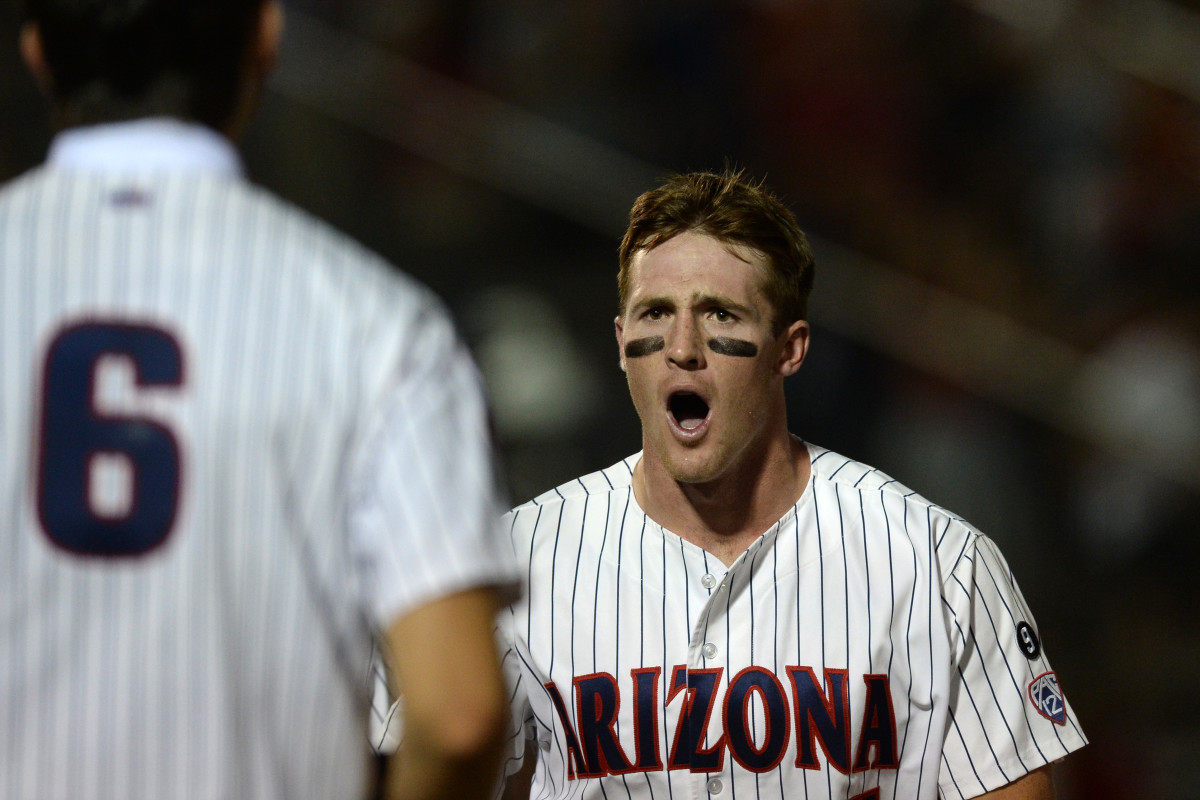 College baseball is back, and while it may not be the return baseball fans were hoping for, the college season provides plenty of reasons to get excited. The game’s future stars will be taking the field once again for four months as they look to further their baseball careers.

While the season will get off to a hot start with top teams like Vanderbilt and Oklahoma State going head to head for the weekend series, let’s explore some of the top potential prospects to look for this weekend.

Tidwell uses the fastball-slider combination in his arsenal to dominate on the mound. His high-90s fastball is nearly untouchable while the slider is sharp and falls away from the bat of a righty hitter. The biggest concern with Tidwell is his injury history, he has had some shoulder injuries in the past, but looks to overcome those for Tennessee this season.

Another fastball-slider guy, Sims has been one of the top relief pitchers in the country the last few years. He has pitched 69 ⅓ innings in his college career collecting 123 strikeouts. This season for Mississippi State, Sims will be given the role as a starting pitcher which could take some time getting used to. He will likely need to add a third effective pitch, a changeup, to his arsenal to succeed at a high level as a starter.

A product of East Carolina, Whisenhunt utilizes a three-pitch mix that features a mid-90s fastball, a decent curveball, and a top-tier changeup that has a high whiff rate and creates bad contact. Whisenhunt is seen as a potential selection for the Phillies come draft day. Be sure to check him out.

Quite possibly the best all-around player in college baseball, Brooks Lee will certainly turn some heads. The 6’2″, 205 lbs. shortstop is nothing short of magnificent. Defensively, his range can be attributed to his quick reads off the bat, and his cannon of an arm can throw out the fastest of baserunners from anywhere on the field. At the plate, Lee is a powerful switch-hitter that shortens up when he needs to and finds a way to get the bat on the ball.

When it comes to Jung, the offensive production really stands out. This guy can hit for power AND average. The 2021 Big 12 player of the year batted .337 last season while hitting 21 bombs over the course of 56 games played. While he remains consistent at the plate, Jung does not feature the best range or arm on defense, and therefore, played mostly at second base last season.

LSU narrowly missed out on a bid to the College World Series last season and will be looking to advance this season. Berry, on the other hand, advanced to the College World Series with Arizona and is bringing his playoff experience to Baton Rouge. Berry is another highly touted switch-hitter who put 17 balls over the fence while slashing .352/.439/.676 as a freshman.

Arkansas is the #2 ranked team in the country, and Robert Moore will be a key piece to keeping the team in the top five this year. Unlike others on this list, Moore’s biggest upside is his defense. The middle-infielder has quick feet, incredible range, and a baseball IQ that is unparalleled. Moore swings a left-handed bat and has the ability to crush the baseball, but not quite at the same clip as guys like Lee, Jung, and Berry.

Knowing that Young is the shortstop for a team like Vanderbilt should say it all. His speed and live-reactions to balls put in play make him more than reliable as the captain of the infield. Young looks to improve upon his presence at the plate this season as he batted just .252 last season with 16 homers.

Susac is entering his sophomore season with a lot of eyes on him. Coming off of an impressive freshman year batting .335 with 36 extra base-hits, Susac also features an incredibly strong and accurate throwing arm from behind home plate.

The other top catcher in college baseball is Kevin Parada. Parada hits pretty well at the plate and put up a .318 batting average last season. He struggles from time to time defensively and if drafted, may move to a new position in the field (outfield or first base). Still a name to look out for this season.

Now here is a guy that rakes. DeLauter is a 6’5″, 235 lbs. machine at the plate. He steps into the batter’s box with a plan and uses his keen eye to keep his strikeout percentage low. He has the ability to hit the ball to all fields and has a career .385 batting average at James Madison. Simply put, this is a name you want to remember.

No one draws walks the way Stanford’s Brock Jones does. Last season, Jones drew walks on 16% of his at-bats while smacking 18 homers in 56 games. The 6’3″ lefty is the definition of an athlete as he was also a member of Stanford’s football team before making a full time commitment to baseball.

Cross has a cannon of an arm that could likely make for a career as a right fielder. He has been known to be a bit of a free-swinger at the plate but when he connects, the ball sails. Cross slashed .345/.415/.621 last season with 11 bombs. He falls in line with some of the new-school approaches at the plate. He may strike out a little too frequently, but he produces a high exit velocity off the barrel.

Beavers is a lefty hitter with some good pop in his bat. If his 18 homers aren’t scary enough, his 10 stolen bases last season make him a dual threat on offense. He uses that speed efficiently in the outfield as well and has a decent throwing arm. Beavers is another player that many believe could be eyed by the Phillies for the draft.

This is just a small glimpse at some of the talent that college baseball has to offer this season. While the MLB continues the lockout, there’s no better way to spend your free time than watching the future of Major League Baseball swing the (metal) lumber.

More From SI’s Inside The Phillies: