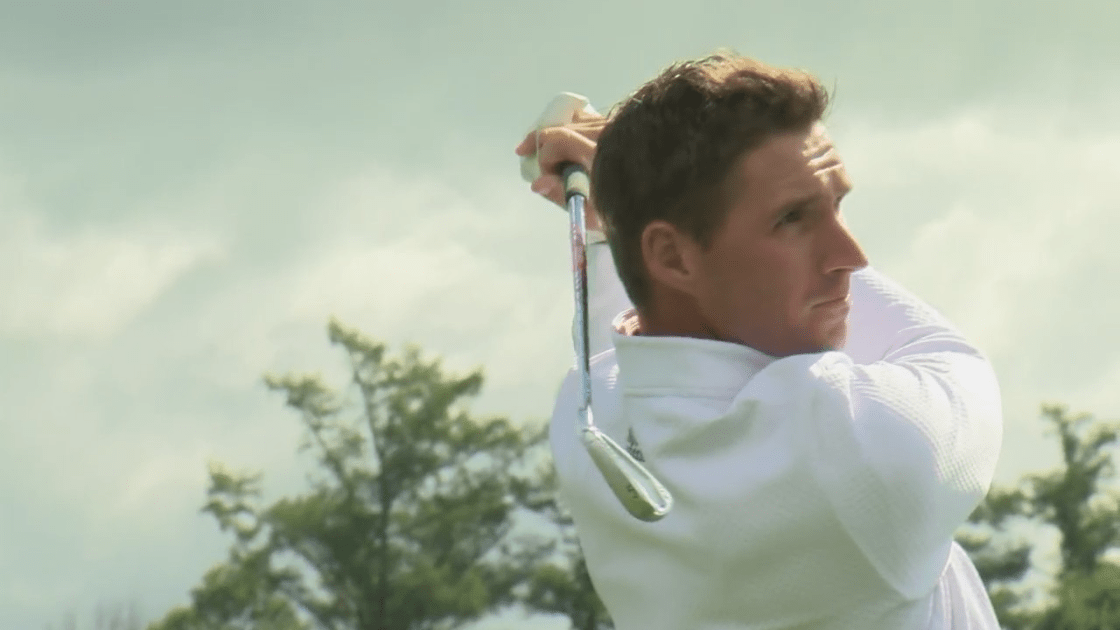 EYEWITNESS NEWS (WBRE/WYOU) — For any aspiring professional golfer, the ultimate goal is to reach the PGA Tour, the highest level of competition. And one local golfer took a huge step in that journey last weekend.

Back in the fall, Pittston Area grad Brandon Matthews expressed confidence coming into the 2022 season, saying his game was in a great place. Based on the early returns, he’s proving that statement to be true on the golf course.

When the lights were the brightest Matthews came up the biggest. An eagle-3 on the final hole of competition on Sunday, following a pair of birdies, to win by one shot.

“I hit an absolutely perfect little choke 9 iron in there, just eight feet behind it. And then an absolute perfect putt behind it, just dead center. It was really fun to come to those last three holes, especially after making bogey on 15, and finish 3-3-3,” Matthews said.

That “perfect” sequence earned the Dupont native his first career Korn Ferry Tour win at the Astara Golf Championship in Colombia, a $135,000 first prize, and a spot atop the tour’s point standings through four events.

“It’s funny, I don’t think it’s really fully set in yet. And I think that’s a good thing. I’ve been trying to take things one step at a time. Kind of look at the next moment as being the most important thing,” Matthews said.

That attitude has paid off so far. With that win and a 2nd place finish the week before, Matthews is now well-positioned to earn a PGA Tour card. The top 25 on the Korn Ferry points list at the end of the season are promoted to full time PGA Tour status. But Brandon can also earn a “battlefield” promotion which is three Korn Ferry wins to earn immediate promotion.

“If I can do that a couple more times this year and put myself in a position to win, if I can get that battlefield promotion, that’s where my head’s at right now. I hope not to see the second half of the season on this tour,” Matthews said.

Matthews is confident, and why not, with all the support he’s received from family, friends, and the golf community back in Northeastern PA.

“I think I had 899 unread texts at that point, kept going throughout the night and the next few days. Still trying to catch up. It’s really incredible to have a support system like I do and I appreciate it more than words can describe,” Matthews said.

Matthews grew up playing Emanon Country Club in Wyoming County and Fox Hill in Luzerne County.
He’s in Florida this week for the next stop on tour then a month-long break before the next event in Louisiana.