Rising Stars Power Rankings: Who has the brightest future among NBA’s young stars? 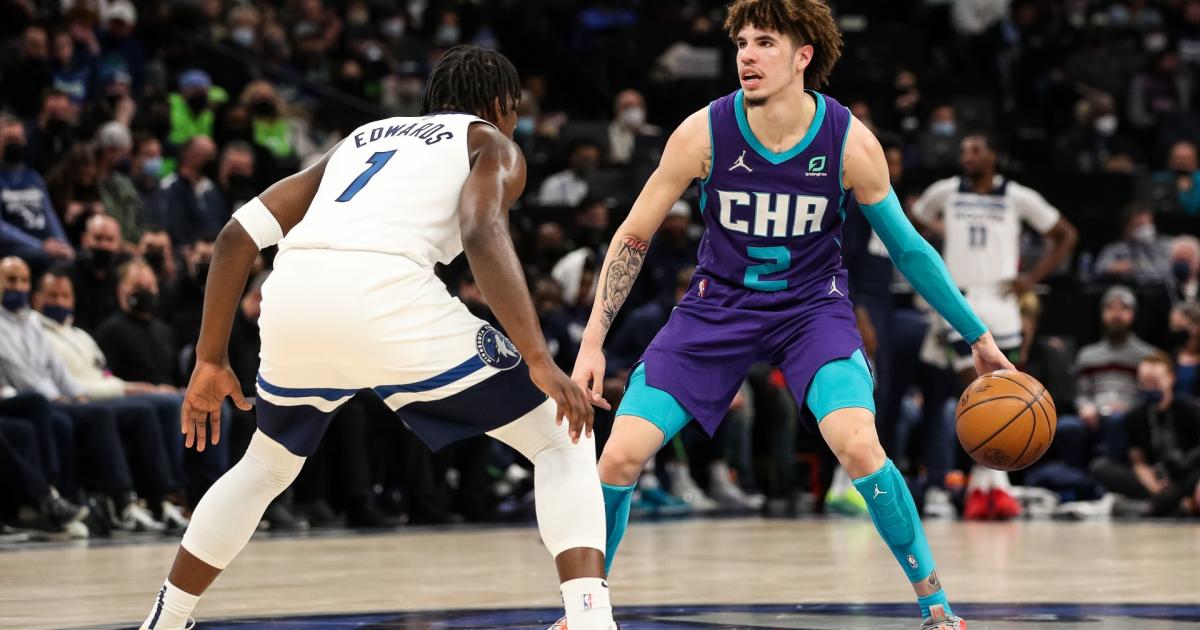 The Rising Stars Challenge at All-Star Weekend always gives fans a chance to watch the best young players in the NBA go head-to-head.

The teams were selected by four members of the NBA 75th Anniversary team, picking from a pool of 28 players – 12 rookies, 12 sophomores and four players from the NBA’s G League Ignite development program.

Ahead of the Rising Stars Challenge, members of The Sporting News staff ranked all the NBA players competing in the Friday night event based on their future potential. We excluded the four G League Ignite players since they have yet to play in an actual NBA game.

Ball has proven himself to be one of the best players in the league, not just one of the best young players, after earning his first-career All-Star bid in Year 2. His court vision and passing elevates everyone around him, and his showmanship makes him must-see-TV. The sky is the limit for LaMelo.

Watch Edwards for two minutes and you’ll see a bouncy, thunderbolt of a wing who approaches each matchup like he’s the best player on the floor. He’s already the most quotable player in the league, a charismatic breath of fresh air quickly establishing himself as a fan favorite.

Mobley is the most impactful defensive rookie in over a decade. His sheer length, lateral quickness and natural instincts give him a chance to become a generational big sooner rather than later.

The No. 1 pick has been as good as advertised since shaking off the rust from an ankle injury. It won’t be long before he’s starring on Sundays at the All-Star Game.

Barnes does it all. He’s already scoring, passing, defending and rebounding at a high level for a playoff-caliber team, and he’s only scratching the surface of his potential.

Haliburton is just getting started. After spending the first season-and-a-half splitting ball-handling duties with De’Aaron Fox in Sacramento, the young star has been handed the keys to the Pacers’ franchise. He’s a sharpshooter, crafty playmaker and rarely makes mistakes.

This kid is better than expected. He’s the youngest player to ever record a triple-double in the NBA, he flirts with a double-double every night and now he’s getting comfortable in the league. Watch out.

In just his third game of the season, Green buried eight 3s en route to 30 points while showcasing the hops that make him one of the NBA’s most enticing young offensive players. Consistency will come in time for Green, who has the potential to someday win a scoring title.

Talk about seizing your opportunity! Maxey has quickly become a crucial part of the 76ers’ plans this season, so much so that he was considered untouchable in the James Harden-Ben Simmons trade. His ability to push the tempo, score and create for his teammates has been a shining light this season.

Bane is one of the guys who are too good to be playing in this game. He’s been the Grizzlies’ second-best player this season and one of the true hidden gems in the league.

Suggs hasn’t gotten out to the start that was expected of him, but the future is still bright for the Magic rookie. His toughness, attitude and winning demeanor will start to shine through eventually.

Kuminga is serving as an injury replacement for Pacers guard Chris Duarte, but he should have never been omitted from this contest in the first place. He’s already serving as a jack-of-all-trades off the bench for one of the best teams in the NBA, and there is still a limitless ceiling of room to improve. Kuminga will be special for the Warriors one day.

Wagner does a little bit of everything and that versatility had him out to a strong start to his rookie campaign. He can score as a shooter or cutter, he’s comfortable playmaking with the ball in his hands and he’s a multi-positional defender. He’s been the best rookie on the Magic this season.

At 6-foot-8, Bey is the type of player you can throw into any lineup and he’ll make an impact, whether it be with his long-range shooting or physical defence. The 22-year-old is already a key piece in the Pistons rebuild.

Anthony overcame a poor rookie year and has been one of the brightest spots for the Magic this season. He’s averaging 18 points, six rebounds and six assists, in addition to leading the league in entertaining postgame interviews.

Sengun has had a good rookie year so far, showing off some flashy passing chops. His slow feet are a problem defensively, but he’s been a fun player to watch.

Mitchell is already one of the better on-ball defenders in the league. With Haliburton gone, he should get a bigger role in Sacramento.

Note: Nuggets rookie Bones Hyland has been named an injury replacement for Mitchell. Hyland has had some big games this season, showing some potential as a Jordan Clarkson-like scorer off the bench.

Beef Stew, as he is commonly called, is a bruising big man for the Pistons. He might best be known for chasing down LeBron James after a flagrant foul earlier this season.

Dosunmu will go down as the steal of the 2021 draft. Selected with the 38th overall pick, he’s been a key rotation player for the Bulls this season and easily one of the 10 best players in his class.

Jones has already turned into the Pelicans’ best defender. He’s one of the most underrated rookies of this class.

Okoro’s offensive game has a long way to go, but he’s already a talented and versatile defender. I mean, how else can a player with a limited offensive game find a way to start 104 of his 110 games in the league to this point?

Achiuwa’s energy and activity on both sides of the floor have been a seamless fit in Toronto. While his outside game is still expanding, Achiuwa is quickly developing into a game-changing option as a small-ball five.

McDaniels has been an energetic defensive cog for the Timberwolves. His size, length and versatility bode well for his future as a specialist on that end of the floor.