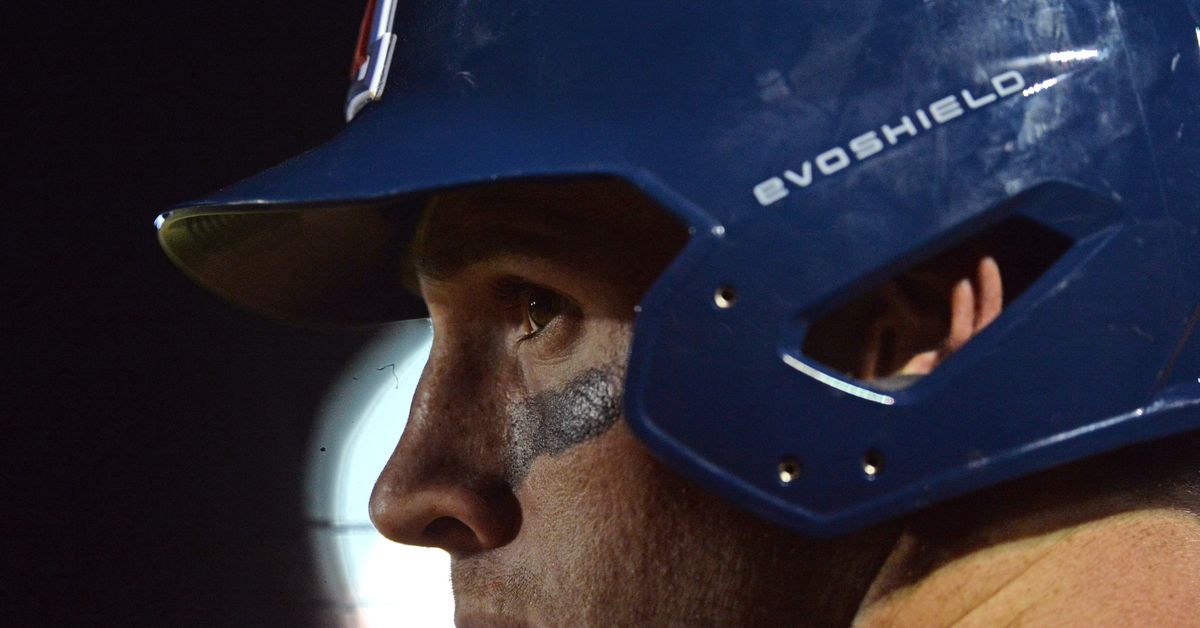 The lockout is indefinite and we are struggling to follow the coverage without succumbing to the sinking feeling that a resolution could still be far away.

But instead of sulking about the labor dispute, I’m looking at the college and high school seasons kicking off around the country instead. The Rockies own the tenth overall pick in the 2022 first-year player draft, so it’s time to start talking about draft prospects. Plenty of stocks will change between now and the day of the draft, but that doesn’t mean there isn’t a list of names to start becoming familiar with.

Last month, Tyler Paddor at Rox Pile provided an excellent overview of both the top collegiate and prep bats to keep an eye on. Instead of reciting his column, I want to start looking at some of these players individually.

To kick things off, let’s dig into arguably the best bat in the class:

A switch-hitter with a compact swing from both sides of the plate, Jacob Berry has insane power without the major swing-and-miss concerns that come with many players of the same profile. As a freshman for the Arizona Wildcats in 2021, Berry put together a ridiculous .352/.439/.676 line with 17 home runs. He led the Pac-12 in extra-base hits (41), total bases (167) and RBIs (70).

The hit tool is very real with Berry, and the power is evident in any highlights reel you find. But his polished approach and strike zone recognition is a big part of the package that ties everything together. Last season, Berry drew 33 walks and 10 HBP compared to just 58 strikeouts in 63 games played. Per Jim Callis of MLB.com, the numbers support the advanced discipline Berry displays in-game:

As Callis notes, his bat is prodigious but his defense is a question mark. Berry was slotted as a designated hitter in 54 of his 63 games last season. His nine games in the field came at third base and – after transferring to LSU in the off-season to follow coach Jay Johnson from Arizona – it appears that is where he will be deployed in 2022.

Like first overall pick Spencer Torkelson in 2020, it is questionable that Berry will be able to develop into a positive defender at the hot corner long term. His 6’0”, 205 lb frame would not be abnormal for the position, but his athleticism and arm strength are not optimal for that career path and an honest assessment leads many to believe first base is the most likely future home for his talents.

But penciling in a future switch-hitting first baseman with a high likelihood to achieve elite production at the plate is a very enticing proposition for any big-league club. That is what the conversation is when you talk about Jacob Berry. He will be a draft-eligible sophomore this summer – making him just 21 years old when his name will be announced – but his advanced offensive profile could lead to a quick ascent through the minor leagues once Berry is selected.

It’s been nearly a decade since Todd Helton retired, but we are still living in the post-Helton era at first base for Colorado. In the past nine seasons, six different players have led the team in most games at the position in an individual season and C.J. Cron is likely to join Daniel Murphy and Mark Reynolds as the only players to lead the club for two consecutive seasons. Michael Toglia – a former first round pick and fine prospect in his own right – is viewed as a successor at the position, but his bat is not a sure thing. Jacob Berry feels much more like that. A young, disciplined hitter with easy plus-plus power and contact projections is a rare piece to find.

If he continues his dominance against Division-1 competition, there is a good chance that Berry will be long gone before the Rockies’ first selection – possibly even as the top overall pick. But the top of the 2022 class is stacked, so it’s not inconceivable he could be available for the Rockies. If he does slide down the board and is available with the tenth pick, a future middle-of-the-order bat that could provide long-term stability at first base for the first time since Todd Helton left would make for an awfully fine selection.

The league posted an official statement on Friday that spring training games will be delayed until at least March 5. This postponement was not a requirement the league had to abide by, but rather a decision made based off CBA negotiations. The player’s union issued their own statement acknowledging such. On the bright side, the two parties are set to resume talks on Monday with intentions being stated to have daily negotiations throughout the week.

The Rockies made another minor league acquisition, signing 30-year-old left-handed pitcher Dillon Overton. Overton pitched in the majors for the Oakland A’s and Seattle Mariners before making his final big-league appearance with the San Diego Padres in 2017. After spending 2018 and 2019 in the Padres’ system, Overton pitching in the Chinese Professional Baseball League for the Rakuten Golden Eagles in 2021.

Please keep in mind our Purple Row Community Guidelines when you’re commenting. Thanks!