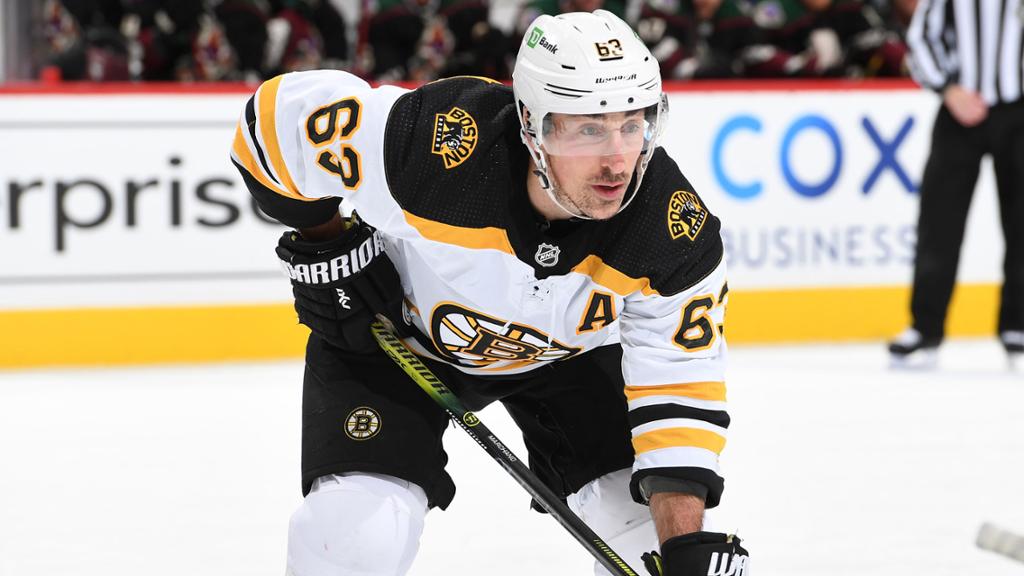 Brad Marchand had his six-game suspension from the NHL Department of Player Safety upheld by NHL Commissioner Gary Bettman on Friday.

The Boston Bruins forward was suspended six games on Feb. 10 for roughing and high-sticking Pittsburgh Penguins goalie Tristan Jarry in a 4-2 loss on Feb. 8. He has already sat out four games.

“It was a situation that arose and I reacted very poorly,” Marchand said Feb. 11. “So it really doesn’t matter what started it. In that situation I obviously have to be much better at controlling my emotions and not reacting that way.

“Yeah, was it stupid? Of course it was stupid. I’m not denying that. I absolutely should not have done it.”

Marchand, who had a hearing with Commissioner Bettman, is eligible to return for the Bruins when they play at the Seattle Kraken on Feb. 24.

This is the eighth time that Marchand has been suspended during his NHL career, the second time this season. He was suspended three games for slew-footing Vancouver Canucks defenseman Oliver Ekman-Larsson on Nov. 29.

The six games is the longest suspension for Marchand, who had been suspended for five games on two occasions (for clipping Vancouver Canucks defenseman Sami Salo on Jan. 9, 2012, and elbowing New Jersey Devils forward Marcus Johansson on Jan. 24, 2018).

He also has been fined five times and has forfeited more than $1.4 million in salary from his previous fines and suspensions, including $448,170.72 on this occasion.

Marchand leads the Bruins with 49 points (21 goals, 28 assists) in 39 games. Boston plays at the Ottawa Senators on Saturday.