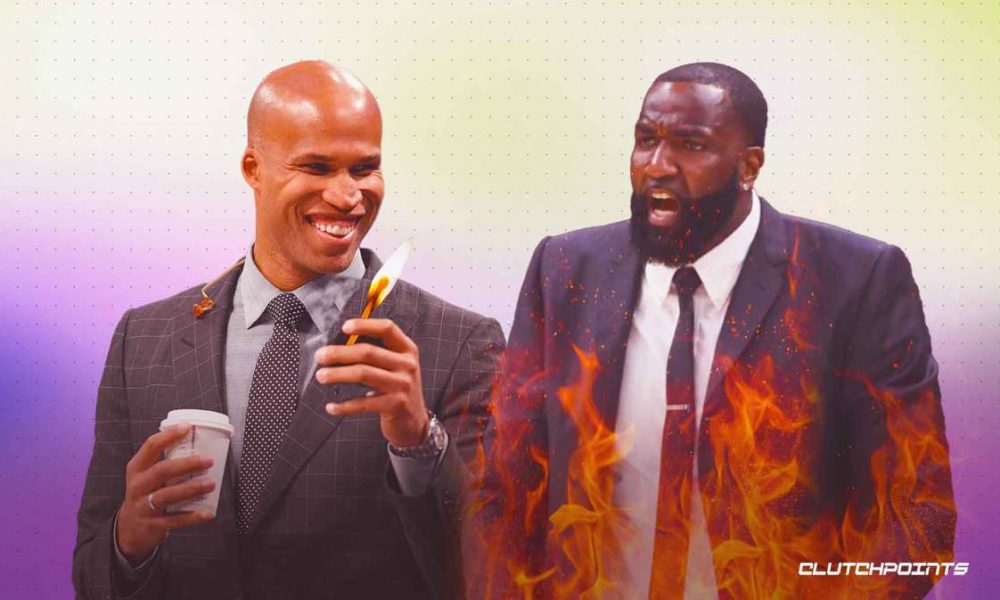 Richard Jefferson has always been one of the funniest NBA analysts out there. He flexed his comedic muscles once more during the NBA All-Star Weekend celebrity game as he flamed Kendrick Perkins to perfection.

While on the NBA All-Star broadcast, Perkins was told that Jefferson hadn’t played in a basketball game ever since he retired back in 2018. When asked about when Perk last played, RJ answered for him.

Perkins himself could not hold back his own laughter after such an exquisite burn. But while it was a hilarious take, it’s also not entirely false. Kendrick Perkins and Richard Jefferson both retired in 2018.

RJ never made an NBA All-Star game, but had himself a pretty solid 17-year career. During his penultimate season at age-36, he was still playing major minutes in the NBA Finals with the Cleveland Cavaliers.

In comparison, Kendrick Perkins played in just one single game during the 2017-18 season. He didn’t play a second during the season before that, and played sparingly for the same Cavaliers with Jefferson in the 2014-15 season at less than 10 minutes a game while averaging four minutes in the playoffs.