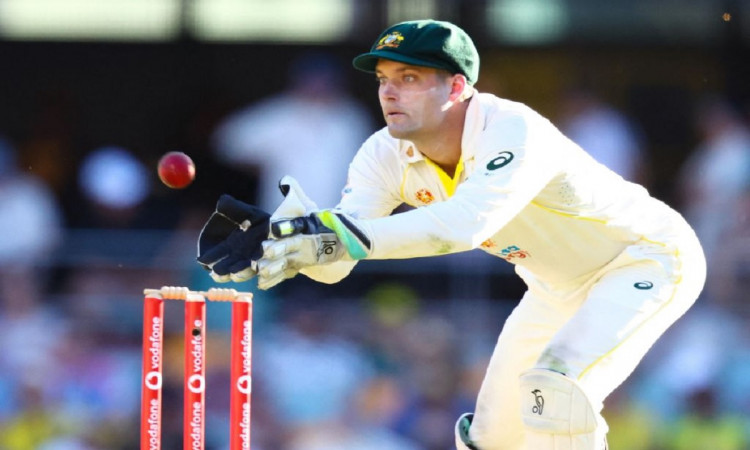 Australian wicketkeeper-batter Alex Carey has said he will not be playing any cricket before the three-match Test series against Pakistan, adding that he would be spending time with his family after a gruelling five-month schedule which saw the 30-year-old hardly take a break.

Carey was hastily called up to the Australian Test side ahead of the Ashes after then-skipper and wicketkeeper-batter Tim Paine took a break from all forms of cricket in the wake of a sexting scandal involving a former Cricket Tasmania staffer.

Following the Ashes, he entered the BBL bio-bubble, donning the Adelaide Strikers colours.

Carey now wants to ensure he is fully relaxed ahead of the sub-continental tour, having earlier endured scrutiny for his glovework to the pace bowlers even though he took 23 catches in his maiden Ashes.

“There’s no more games of cricket for me until we get to Pakistan,” Carey was quoted as saying by cricket.com.au on Sunday. “I’ll just spend this week with the family, heading down south, staying away from everyone to minimise contact and then jump on the plane to Melbourne and then Pakistan.

“I’ll do some running and probably find time to have a catch and a hit throughout the next week, but a lot of it will be family time ahead of the next couple of months. And just put my feet up — hopefully take my mind totally off cricket for five or six days,” added Carey.

Carey is confident he will be able to keep wickets on turning Pakistani wickets despite having little experience of sub-continental pitches, and added that his team should be prepared to encounter lively pace and reverse swing which the Pakistani quick bowlers have mastered over the years.

“Preparing for the most difficult scenario from our perspective would mean preparing for spin-friendly conditions. If you prepare for that, but then come up against something different — if they’re quick-friendly pitches that are a bit harder and bouncy — then we’ve all experienced more of those conditions here in Australia than the spinner-friendly ones.

“But we’ll probably get a taste of all of those at some stage, and I have no expectations. It’s more just the excitement to get over there and have a week or so lead-in to that first Test — catch balls, hit balls, face spinners, face quicks, face the reversing ball,” he said.

“For me it’s just continuing to build, and to keep having those close relationships with the spinners that is very important. It’s going to be interesting, and exciting.”