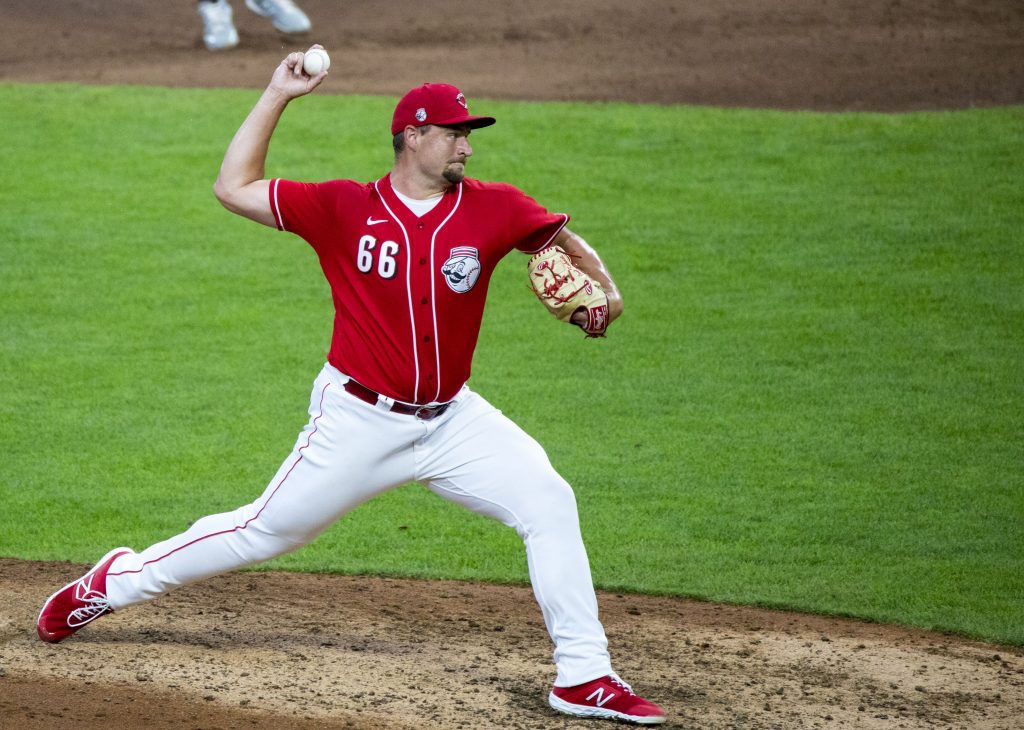 In 2019, right-hander Joel Kuhnel threw 53 2/3 innings between Double-A and Triple-A with an ERA of 2.18, strikeout rate of 23.3% and walk rate of 7.4%. Just 24 years old at the time, he also made his MLB debut that year, logging 9 2/3 innings out of the Reds’ bullpen. Unfortunately, he hasn’t been able to build off that strong campaign, with injuries hampering him over the subsequent two years. In 2020, a shoulder issue limited him to just three big league innings. Due to the pandemic wiping out the minors, those are the only innings on his ledger that year. He underwent surgery to repair a torn capsule in his right shoulder in October of 2020 and was outrighted off the roster, then was rehabbing for much of 2021, throwing eight minor league innings on the year.

Kuhnel is now getting geared up in spring training for 2022, since he is not on Cincy’s 40-man roster and not affected by the lockout. Mark Sheldon of MLB.com checked in with the 27-year-old as he tries to get back on track. “Everything feels normal,” Kuhnel said. “It feels better than ever, really.” The Reds’ bullpen didn’t do them many favors in 2021, as their 4.99 ERA ranked 27th in baseball, only beating out the non-competitive Diamondbacks, Nationals and Orioles. Advanced metrics were a bit kinder, but not by much, with Reds’ relievers putting up a 4.56 FIP and 4.34 xFIP. The club has been rumored to be cutting payroll this offseason, making it unlikely they bolster their staff with a big free agent splash. That means that improvement from internal options like Kuhnel will be important for them as they try to walk a fine line of keeping spending down but staying competitive.

Some other Central notes…