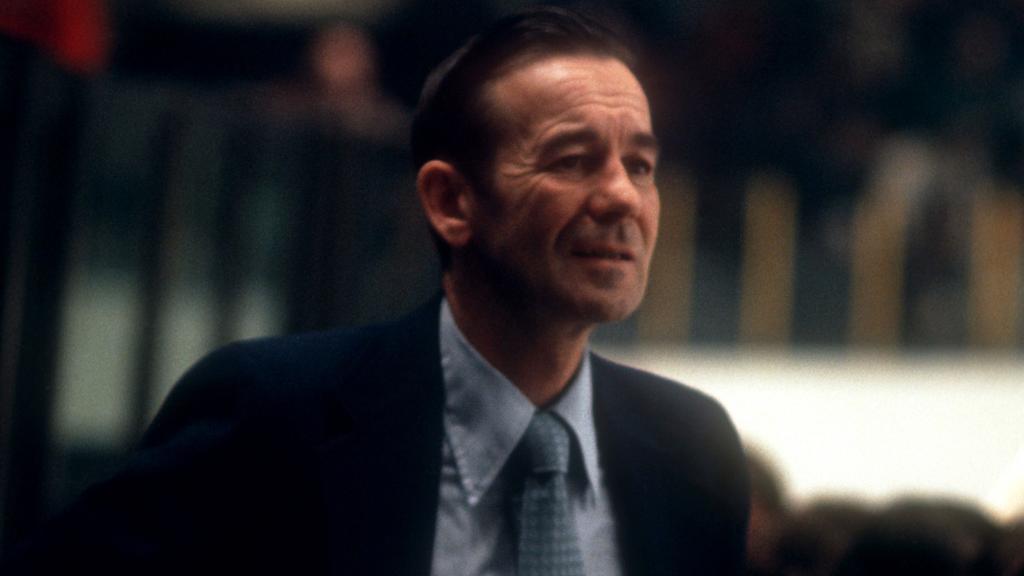 Emile “The Cat” Francis, the architect of the New York Rangers’ revival in the late 1960s and a member of the Hockey Hall of Fame, died Saturday. He was 95.

“The New York Rangers and the entire hockey world are saddened to learn of the passing of Emile Francis,” Rangers general manager Chris Drury said. “Emile’s passion and dedication to the Rangers organization and growing the game of hockey in New York City was second to none. ‘The Cat’ was a true pioneer and innovator, as well as the architect and coach of some of the greatest teams in Rangers history. Emile has meant as much to the Rangers as any person who has been part of the organization throughout its history. Our thoughts are with Emile’s family and friends during this difficult time.”

Francis was born Sept. 13, 1926, in North Battleford, Saskatchewan. While playing goalie as a junior with Moose Jaw in the mid-1940s, a local sportswriter suggested the teenager was as quick as a cat. The moniker stuck, and he joked decades later that he likely was better known by his nickname than his given name.

“The National Hockey League mourns the passing of Emile Francis, a Hall of Fame coach and general manager whose infectious personality was as beloved as his hockey acumen was revered,” NHL Commissioner Gary Bettman said. “Nicknamed ‘The Cat’ for his quick reflexes as a junior goaltender in his native Saskatchewan, the diminutive Francis appeared in 95 games with the Chicago Blackhawks and New York Rangers over six seasons, which he spent mostly in the minors.

“But it was as a team-builder and teacher in New York that he excelled. Serving as Rangers GM/coach for a decade, Francis guided his teams to the playoffs nine straight years, produced three consecutive 100-point seasons and reached the 1972 Stanley Cup Final. He was instrumental in the development of legendary players such as Rod Gilbert, Jean Ratelle and Brad Park. The NHL sends its deepest condolences to his family and to his many friends and admirers.”

Francis made his NHL debut as a 20-year-old with the last-place Chicago Blackhawks in 1946-47. He struggled for two seasons before the Rangers acquired him prior to the start of 1948-49. However, Francis spent most of the next four seasons in the minor leagues, playing 22 games with New York, before being traded to the Cleveland Barons of the American Hockey League in 1953.

Francis found that his coaching and managerial skills were in high demand. He had plenty of offers but opted to become coach of the Rangers-sponsored junior team in Guelph, Ontario, where his roster included future Rangers forwards Gilbert and Ratelle. That led to a job as assistant general manager of the Rangers, and he ultimately took over as GM in 1964. Francis also put himself behind the bench as coach on Dec. 5, 1965; he held both jobs for most of the next decade.

The Rangers qualified for the Stanley Cup Playoffs four times from 1951-64, never winning a series in that span. But with a Francis-built roster that included Gilbert and Ratelle, defenseman Brad Park and goalie Ed Giacomin, the Rangers returned to the playoffs in 1967 and got as far as the Cup Final in 1972 before losing to the Bruins.

“We did it all that season except win the Stanley Cup,” Francis said.

The Rangers made the playoffs in each of the next three seasons, but they never again came close to ending a championship drought that dated to 1940, and Francis was let go by the Rangers in January 1976.

The St. Louis Blues quickly hired him as executive vice president, GM and coach. Francis stepped away from his role as a full-time coach after the 1976-77 season (though he did come back twice on an interim basis) to concentrate on being GM. He helped find local ownership for the Blues, and his 1980-81 team set a team record with 107 points.

Francis was elected to the Hockey Hall of Fame as a Builder in 1982; one year later, he left the Blues and was named president and general manager of the Hartford Whalers. He built a team that finished first in the Adams Division in 1986-87 but gave up the GM’s role in 1988 and retired in 1993 after 47 years in hockey.

Francis also had a major impact on hockey at the local level, including the establishment of junior leagues in New York and St. Louis. In 1982, he was awarded the Lester Patrick Trophy for service to hockey in the United States.

He stayed in touch with hockey throughout his retirement, even serving as one of the Rangers coaches for the alumni game against the Philadelphia Flyers that was part of the 2012 Bridgestone NHL Winter Classic.

“This is the greatest game going,” he told NHL.com’s Dave Stubbs in 2016, “and I’ve been fortunate to have had a chance to be part of it.”