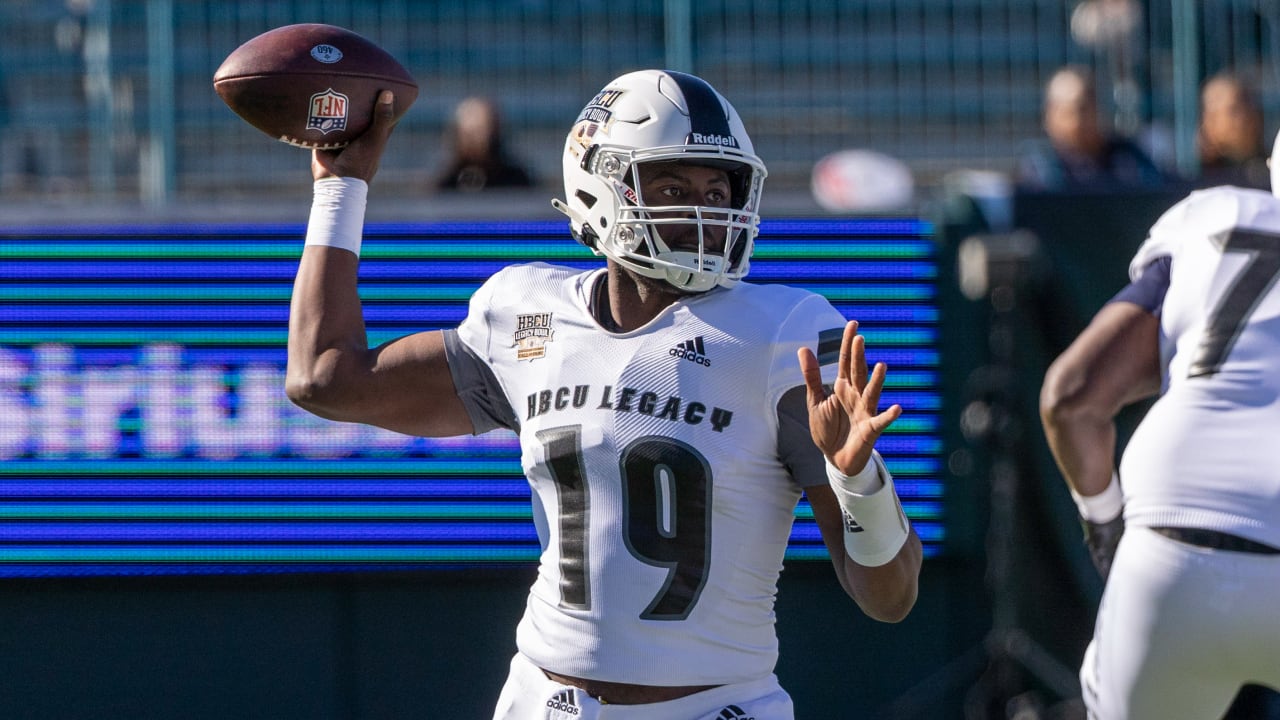 With Saturday’s showcase hopeful of improving those numbers, Alabama A&M quarterback Aqeel Glass entered with the most fanfare. Having won the last two Black College Football Player of the Year accolades, Glass boasts good size (6 foot 5, 215 pounds), great leadership and a strong arm. Unfortunately, he turned in a subpar outing Saturday, starting the day just 1 of 5 and finishing it 4 of 15 for 51 yards, no touchdowns and a 55.2 rating for Team Robinson.

Another promising prospect is running back Ezra Gray out of Alabama State, but he fumbled away possession on Team Robinson’s first drive. The 5-foot-7 dynamo was able to rebound to turn in a relatively solid day to the tune of four carries for 33 yards (8.3 yards per carry), which stood as game-high rushing honors.