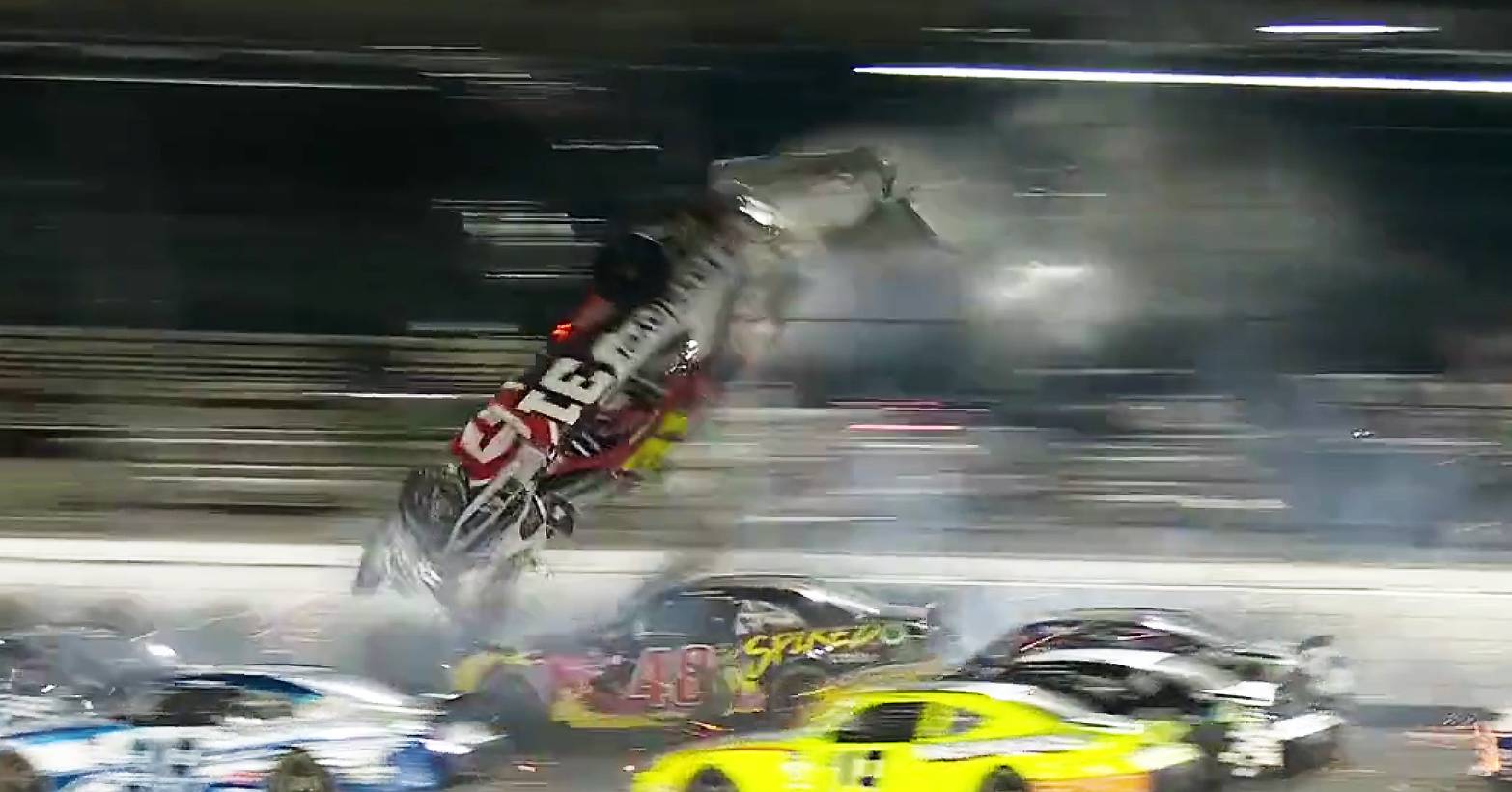 Watch the video the the Daytona crash from the NASCAR Xfinity Series race; The engine was thrown from the damaged machine

On Saturday night, the NASCAR Xfinity Series unloaded in Daytona Beach, Florida for their season opener. The race on the 2.5-mile track of Daytona International Speedway ended in a wild finale.

Watch the NASCAR crash video from Daytona below.

On the final lap, AJ Allmendinger led the field into turn one for the final time. Runs were coming as they lined up two by two behind him.

As they rolled down the backstretch, Austin Hill picked up a huge push from Riley Herbst. Hill cut to the inside and Allmendinger was unable to block the rapid move.

Second later, Myatt Snider was three wide and getting a push from Anthony Alfredo. Snider car got light with a heavy push. He got crossed up.

Snider was turned and sent toward the outside wall, across heavy traffic. He ran nose first into the wall and was then hit in the right side door by Jade Buford and another car.

With the car backwards, air then pushed under the rear spoiler, in the wrong direction. It gave the car lift. Snider was sent into a backflip at 180mph.

As the car stood vertical, the rear bumper clipped the top of the catch fence. That sent the car into a more violent flip.

As he came back down to earth, he landed on top of the field. Fire surrounded the car as the rear end and the engine were ripped out of the machine, completely.

The safety team was at the car, within seconds of it coming to a stop. Snider climbed from the car under his own power. As he stood up, he told the safety workers to backup as they surrounded him, letting them know he was feeling alright.

Snider then accepted help from the safety team as he struggled to remove all the safety equipment from his helmet.

The car was completely destroyed. The catch fence was left with a massive hole between the fan area and the track itself.

“It’s the last lap, everyone’s trying their best to push as hard as possible and I’m trying to keep as much momentum as I can,” Myatt Snider told media from a golf cart after exiting the infield care center.

“I felt the car go right. ‘I might be along for the ride here.’ I was. Got turned around, I was facing backwards and starting seeing the racetrack, ‘Um, this is getting better as it goes.’ “

“It was violent. I saw sparks going everywhere. You don’t really know what’s going on. You just know you’re going some direction and it’s not the right one.”

“I was holding on, hunching over and keeping everything together as much as I could. I can’t profess enough how glad I am that I’m all good.”

“The whole car was basically in shambles. I see the motor’s gone and the fuel cell was almost gone. There was not much left of that race car. Yard sale.”

Snider suffered only a minor injury to his left leg.

Snider added, “I should be fine to race. It’s just a matter of getting the opinions of the experts.”

“You can see Michael right there. Him and his whole crew,” Denny Hamlin states as the broadcast shows images of the hole in the fencing.

“They said, ‘They’ve got debris, in their area.’ It’s crazy. He’s been here since Thursday. Big race fan, he loves watching these races.”

Hamlin added, “He said, ‘The sound and the wreck itself, was just crazy when it came into his area there.’ “