Preview: Arizona Looks to Bounce Back vs. Dallas 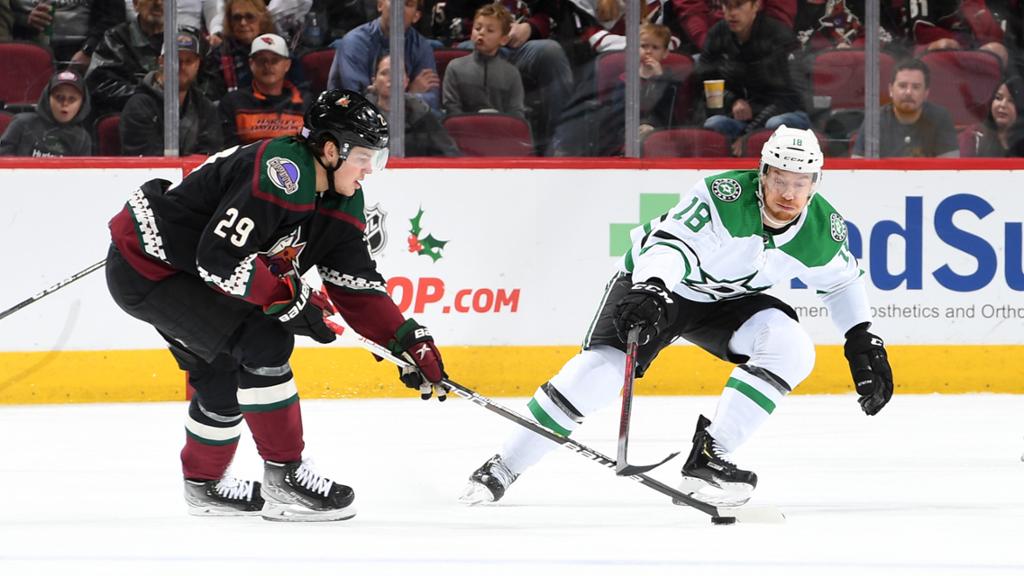 The Coyotes are back to work after falling to the Kings last night with a home game against the Dallas Stars on Sunday night (Feb. 20) to complete their back-to-back set of games. Sunday’s contest is the final rescheduled game among the Coyotes’ postponements around the holiday break due to the NHL’s COVID-19 precautions. Puck drop with the Stars is set for 5 p.m.

PACK FACTS
Sunday caps the third back-to-back set of home games for Arizona this season and the 12th overall in any location. The Yotes won 5-2 the last time they played in the second half of a back-to-back (at Seattle on Feb. 9).

The game is the third of four meetings the Coyotes have with the Stars this season and the second of two in Arizona. Dallas captured the first two contests, 3-2 on Nov. 27 in Glendale and 4-1 on Dec. 6 at American Airlines Center. The final game between the clubs is scheduled for April 27 in Dallas.

Alex Galchenyuk enters Sunday with 10 points (6-4-10) in 13 career games against the Stars but is seeking his first point against them this season. In his last six games overall this year, the Milwaukee, Wisconsin native has totaled six points (4-2-6), including four points in his last three outings.

COYOTES WELCOME RITCHIE
The Arizona Coyotes last night acquired forward Nick Ritchie from the Toronto Maple Leafs. The Yotes also received a conditional second round draft pick, while going the other way was defenseman Ilya Lyubushkin and forward Ryan Dzingel. Ritchie has registered 2-7-9 with 23 penalty minutes (PIM) in 33 games with the Leafs this season. In his career, he’s totaled 61-85-146 and 410 PIM in 383 career NHL games with the Maple Leafs, Boston Bruins and Anaheim Ducks.

Matt McConnell: One game from 1,700 games as an NHL broadcaster

Kyle Capobianco played with Radek Faksa on the OHL’s Sudbury Wolves in 2013-14.

Lawson Crouse was teammates with Jason Robertson on the OHL’s Kingston Frontenacs in 2015-16.

Alex Galchenyuk was teammates with Alexander Radulov in Montreal in 2016-17.

Shayne Gostisbehere skated with Michael Raffl in Philadelphia from 2014-21.

Clayton Keller played with Jake Oettinger at Boston University during the 2016-17 season.

Dysin Mayo played for Derek Laxdal on the WHL’s Edmonton Oil Kings from 2012-14 and won the Ed Chynoweth Cup as WHL champions in 2014.

Cory Stillman had Jeff Reese as an assistant coach during the 2003-04 Stanley Cup-winning season in Tampa Bay.

Scott Wedgewood was teammates with Tyler Seguin on the OHL’s Plymouth Whalers from 2008-10.