Who is Kaz Grala? Meet the NASCAR driver for Floyd Mayweather’s The Money Team 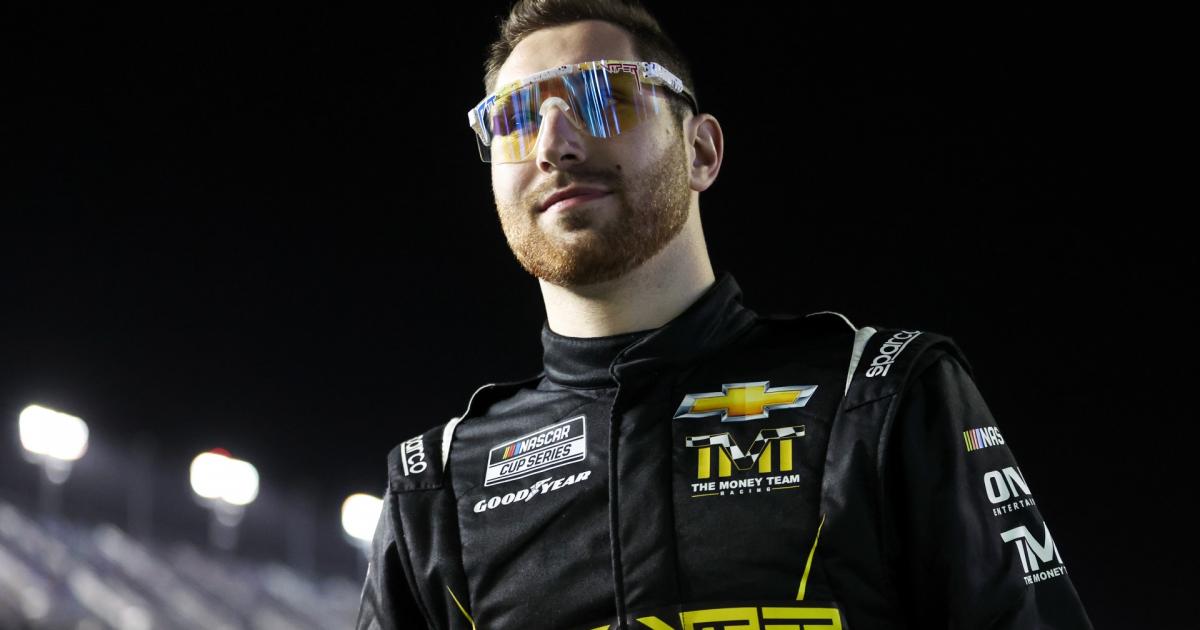 Floyd Mayweather Jr.’s racing team will be making its NASCAR Cup Series debut on the grand stage of the Daytona 500.

Behind the wheel of The Money Team Racing’s No. 50 car will be Kaz Grala, who earned one of the final two spots in the Dayton 500 in Duel 1 on Feb. 17.

It came down to the final lap! @KazGrala and @tmtracing50 clinch a spot in the #DAYTONA500! pic.twitter.com/AjGQ63hw4y

What position will Grala start in?

He’ll race in the fifth NASCAR Cup Series of his career.

Grala will start in the No. 35 position.

As Grala and Mayweather seek to make an impact on the NASCAR Cup Series, Sporting News breaks down how the pairing came to be made, and provides all the information you need to know ahead of the Daytona 500.

Grala has long been considered one of the top up-and-coming drivers in NASCAR, and his racing history shows that he has always been ahead of the curve.

Born in 1998, Grala found success racing at an early age, winning go-kart races in Boston as early as 4 years old. He claimed titles at the Outlaws Summer Shootout championship in 2011 and the Winter Heat Championship at the Charlotte Motor Speedway in the legend Car Pro Division in 2012.

In 2013, he won a UARA race at the Hickory Motor Speedway to be the youngest winner in series history. He was also the youngest driver ever to compete in an IMSA event when he raced in the Michelin Pilot Challenge at 15 years old, and in 2014, he picked up wins at the Martinsville Speedway and Caraway Speedway in the NASCAR Whelen All-American Series. At 15, his win at the Caraway Speedway made him the youngest NASCAR winner on the track.

Grala continued to set age records as he rose up the racing ranks. Driving with Kyle Busch Motorsports, he was the youngest driver in team history when he won at South Boston Speedway.

He gained experience in other forms of racing as the years went on. At 17, he was the youngest driver to compete in the 2016 Rolex 24 Hours of Daytona.

He debuted at the NASCAR Camping World Truck Series in 2016 and spent a full season in 2017. He opened the campaign with a win at Daytona to become the youngest winner on the track in history at just 18 years old and ended the season by being the youngest NASCAR playoff driver.

The next year, he began racing in the NASCAR Xfinity Series. He opened the 2018 campaign with a fourth-place finish at Daytona. He spent that season split between JGL Racing and FURY Race Cars. The next year, he drove Richard Childress Racing’s No. 21, finishing as high as fifth (CTECH Manufacturing 180), in a part-time schedule.

Grala made his Cup Series debut in the 2020 Go Bowling 235, where he finished seventh after starting in the No. 10 position.

He bounced around in 2021 after opening the year in 28th place racing at the Daytona 500 for Kaulig Racing. He later placed eighth at the same track in the Camping World Truck Series. That year, he also finished sixth at the 2021 Geico 500 and 35th in the 2021 Coke Zero Sugar 400 in the Cup Series and had a second-place finish at the Toyota Tundra 225 in the Camping World Truck Series.

Grala will be racing on the team of one prominent athlete, but he made a pitch to another in 2021 to be sponsored by another.

Back in March 2021, Grala, a Boston native, reached out to Tom Brady to see if the then-Buccaneers quarterback would join NASCAR, making the pitch that Michael Jordan, Joe Gibbs and Pitbull were already in the NASCAR world.

“Why should you sponsor me? Well, I’ve been successful running in all three series in NASCAR. I’m a first-generation American living the dreams of my family and, well, we both migrated south from Boston. So far, it seems to be working pretty well for both of us,” Grala said. “I mean, name a better duo. We’ve got Batman and Robin, peanut butter and jelly, Tom and Kaz. If only I was named Jerry. So let’s skip the ‘your people, my people thing’ and just contact me directly … I look forward to hearing from you. I’ll have my ringer on.”

What do you think @TomBrady? I think we need to do this. pic.twitter.com/TLQDY6AXPG

Brady did not respond to the sponsorship idea, but it seems things have worked out well for Grala, who now finds himself in a position to open the year at Daytona with Mayweather.

Grala announced on Feb. 1 that he would be behind the wheel of TMT Racing’s No. 50, a number chosen to represent Mayweather’s perfect 50-0 career. His car in the Daytona 500 is sponsored by sunglasses company Pit Viper.

Yes it’s happening… here’s our #Daytona500 car! Honored to be behind the wheel for @FloydMayweather’s debut of the @TMTRacing50 car, thanks to @PitViperShades! 😎 pic.twitter.com/vQUZegUhye

The Money Team Racing has been attempting to get on the road for some time. Adam Stern reported in 2019 that The Money Team was starting up, marking one of the first reports of the team’s existence.

‘@FloydMayweather and his @TheMoneyTeam brand appear to be involved with a new @NASCAR team that is trying to start up.

The team did not wind up fielding any teams in 2020 despite an attempt by Jeffrey Earnhardt as the driver of the No. 50 to qualify for the eNASCAR iRacing Dixie Vodka 150.

Near the end of the year, Stern reported that The Money Team and Spire Motorsport were discussing a partnership that would see Mayweather back Spire in 2021. Then in 2022, TMT would use a Spire charter to race full-time.

.@TMTRacing50 is in discussions with @SpireMotorsport to form a new partnership, per sources.

➖ The deal would involve @FloydMayweather‘s team backing Spire in ’21 before using a Spire charter in ’22 to run a full-time entry. pic.twitter.com/J6IbmwhIqX

The partnership never materialized, and now, at the start of the 2022 NASCAR Cup Series season, The Money Team is hoping to run a part-time schedule, according to Bob Pockrass. The Fox Sports reporter said Tony Eury Jr. will be the crew chief of the team and day-to-day operations will be handled by co-owner Willy Auchmoody.

“This deal has been a long time coming, and we are finally at the starting line,” Auchmoody said, according to Pockrass. “Every time we thought we would be able to hit the track, something happened, including a global pandemic.”