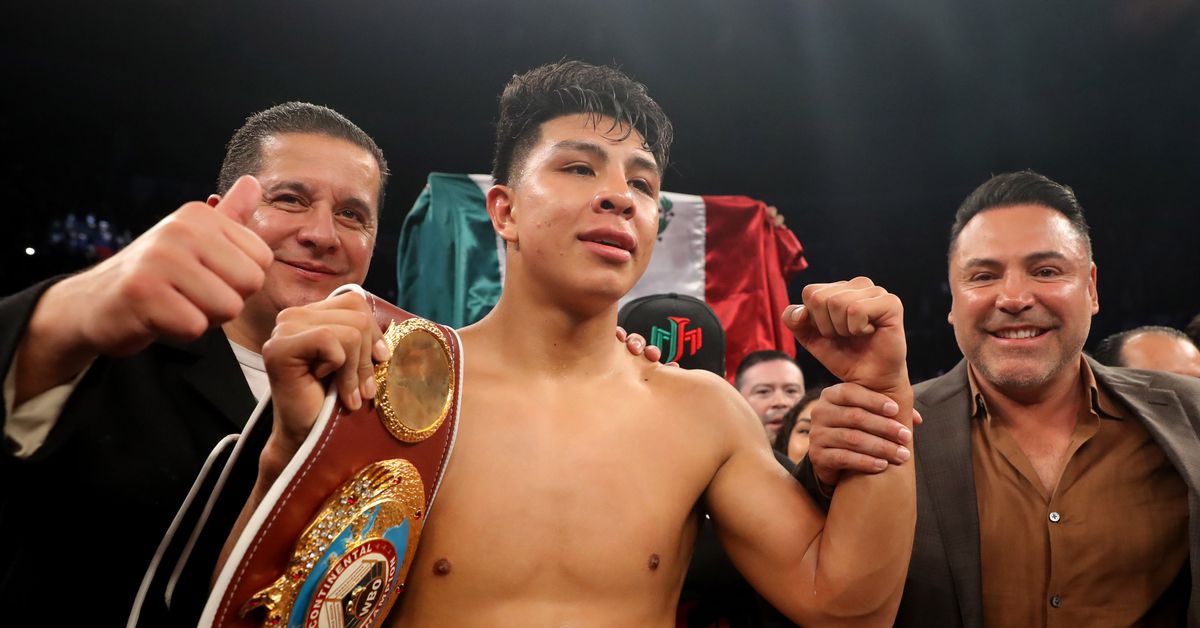 Rankings go up on Mondays.

Notes: John Ryder’s controversial decision win over Daniel Jacobs doesn’t change either man’s ranking for me, but even though I scored the fight for Jacobs, it was not particularly impressive on either side. It was an OK fight once Ryder got going and got into it, as it became a question of whether or not he’d stop Jacobs. He didn’t, and I thought Jacobs did just enough. Judges disagreed. I don’t think either of them are any huge threat to the top five, but this is a division that needs some breakthrough fighters, so I think they should stay about where they were. You could drop Jacobs down just on the bare fact that he did officially lose.

Notes: Jaime Munguia looked terrible at the weigh-in for his fight with D’Mitrius Ballard, and that probably gave Ballard about as good a shot as he was going to get. But you get an entire day to rehydrate and fuel up and all that, and Munguia wound up trouncing Ballard anyway. It’s not a surprising outcome, and it’s at a level that keeps Munguia exactly where he’d been. We may be at a point where we’re questioning how long Jaime can stay at 160, though. He won a world title at 154, hasn’t done so at 160, and the going ain’t easy at 168 in that regard — even though the division could use some depth. But let’s not forget that Oscar De La Hoya’s No. 1 goal for Jaime Munguia has not been some belt at 160 — which may come calling if Demetrius Andrade vacates and goes up — but an eventual fight with Canelo Alvarez. That’s not to say Canelo is looking to put any money in Golden Boy’s bank accounts, but that’s been the real design.

Munguia could stand to face a legitimate top opponent, but then you could say that about everyone in the top six here right now, with respect to Charlo fighting Derevyanchenko that one time and GGG and Murata tentatively back on for April.

Felix Cash sticks at No. 10 for now despite a rocky performance against Magomed Madiev. The main thing is really that there’s no obvious better option. Cash boxed very well at times in that fight, and boxed like a guy who was rusty and had to crash back to weight for his return after a lengthy layoff at others. I think he’s a good fighter, but there are some warning signs.

Notes: Jorge Linares is out after a KO loss to Zaur Abdullaev, who comes in at No. 9. Abdullaev’s only career loss came to Devin Haney, who dominated him, but he’s won four straight and beating Linares is a very good win. Abdullaev is 27 so he has plenty of fights to come.

Linares hasn’t retired officially or anything, but he’s 36 and 2-3 in his last five fights, with neither of the wins anything to write home about. He was still competitive with Haney himself last year, and he can still box. But he’s getting older and the same issues that have plagued his career aren’t going to get better. I don’t know that he’ll hang the gloves up, but he could consider it if he’s OK financially. It’s that or gradually fade out into a desperate gatekeeper role. He’s an incredible boxing talent, and has had an exciting, very successful career in his 19-plus years as a pro. Whenever he hangs it up, he should be remembered fondly.

Notes: Lee McGregor is out after going to a draw with Diego Alberto Ruiz on Feb. 11. McGregor on some nights shows a lot of ability, a huge amount of promise. On other nights, he looks a lot iffier. That inconsistency doesn’t speak highly of his chances at top level, obviously. He’s 25, which isn’t old and there’s time to improve and all that, but he’s also not 19 or 20, you know what I mean? I don’t think I’d be shocked to see him win a world title at some point, and I wouldn’t be if he’s kind of already peaked level-wise by winning belts at the European, British, and Commonwealth level. He remains a young fighter to keep tabs on at the weight for sure, may bounce back really nicely, but that performance was a setback.

Reymart Gaballo is in. Also considered Gary Antonio Russell and Charlie Edwards. A division a lot like 168 to rank right now overall — some clear top dogs, a lot of questions after the top five or so. There are slots to be taken if someone does something impressive.