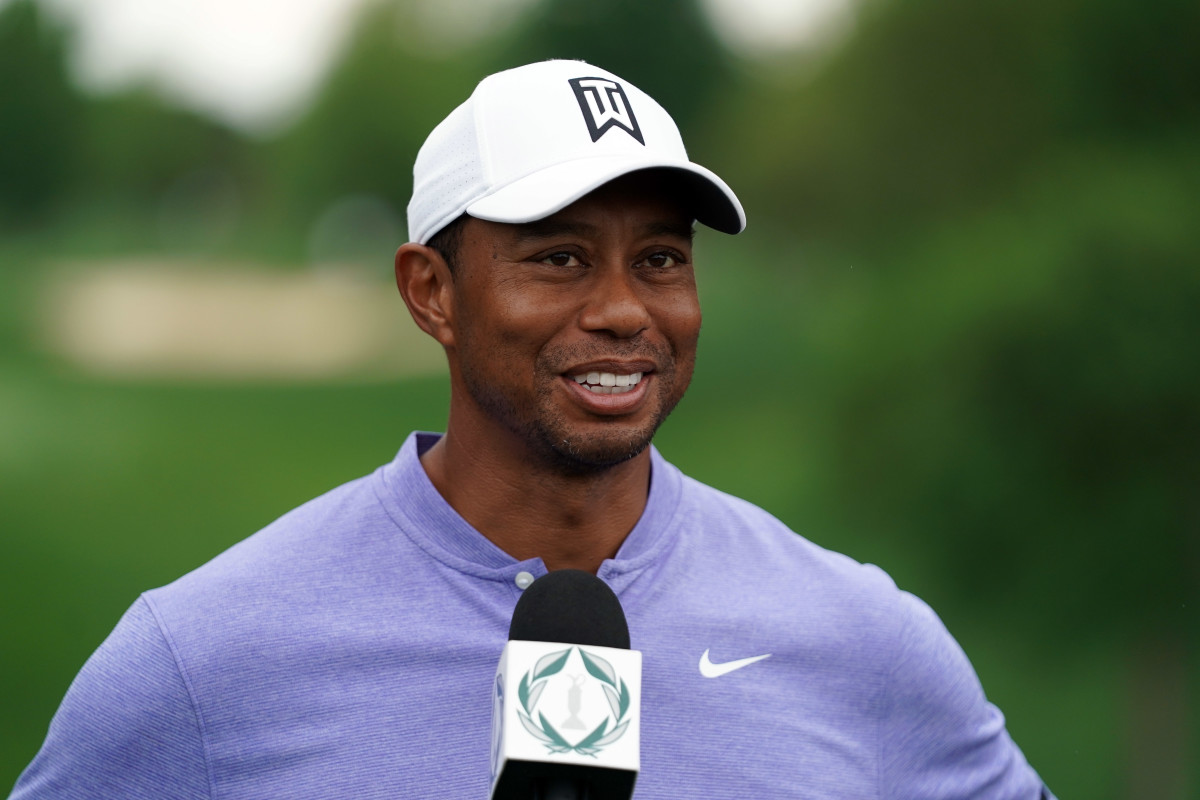 Welcome to the first (and possibly last) edition of the Unraked Bunker, where life is little more than a terrible lie and a slew of four-letter words. Neither can be found within these contents, a poorly disguised attempt to review pro golf’s front-burner topics while offering a few irrelevant observations about an early season that just hit the snooze button for a third time.

Back when I spent 20 weeks a year on the road, covering the game and wondering why Marriott never honored my request for foam pillows, some used to say the PGA Tour didn’t get serious until the Florida swing. Well, we’re here. And I’m thinking all this wind and ice at my house is winter’s idea of a fried egg plugged right below a steep lip just off the seventh fairway.

It could have been worse. Hop in and dig it out.

Nobody does a better job of saying nothing than Tiger Woods, whose vast collection of noncommittals, definite-maybes and we’ll-sees is the perfect tool kit for a sporting emperor. Tiger was in fine form during his visit to the CBS booth last Saturday. When Jim Nantz asked if we’d see him in action seven weeks from now at Augusta National, Woods issued the perfect “I don’t know,” his face full of hope, his right leg likely cringing in fear. I’m no spokesman for the value of common sense, but if Charlie’s daddy is anywhere close to physically capable of playing in the Masters, he’ll give it a shot. Duh….

> The PGA Tour stop in Los Angeles has endured a lot over the decades—a series of peaks and valleys not unlike the state in which it is held. Never has it been better than it is now as the Genesis Invitational. Woods’ presence as tournament host (since 2020) obviously has ignited the resurgence, making Riviera not only the best event on the West Coast swing, but the most interesting and entertaining non-major all year.

> A couple of early-season statistical leaders you might not be aware of: Justin Thomas ranks first in horizontal headshakes, while Jordan Spieth continues to preside atop the category of strokes gained begging.

> Of course, the CBS broadcast team was giddying the notion that Eldrick might lace up his spikes on April 7. You know how much that deal with the green jackets is worth?

> Phil Mickelson’s gripe with the mighty empire over media rights is hardly a groundbreaker. Woods made the same complaint to Tim Rosaforte and me during the 2000 Tour Championship, venting on an issue so bothersome that he went on the record with his comments. This news break was gigantic for about three days, then vaporized into an atmosphere full of dead-end stories. No professional athlete owns the video footage of his 75-yard runs, 52-point playoff performances or three no-hitters. It’s the property of the league in which he plays. We call it the greater good.

> As the Tour heads to Florida for four weeks in the Sunshine State, I’m reminded again of what a shame it is that Doral no longer serves as a stage for the world’s best players. Camp Ponte Vedra pulled the plug on the Blue Monster in 2016 after Donald Trump purchased the resort, an act of pragmatic protest to the 45th president’s views on immigration. Even in a lovely little game like ours, nobody does politics until they start doing politics.

> When you think about it, guys hitting driver on every hole isn’t any different than NFL coaches who go for it on fourth-and-8 from their own 35-yard line. Thanks to the number-crunchers and their mountains of data, the risk/reward factor has never been more prevalent in either sport, which certainly isn’t a bad thing. Analytics never lie. They just provide a different version of the truth.

> What Mickelson probably doesn’t realize is that PGA Tour events themselves used to own the players’ media rights for the tournaments they hosted. When former commissioner Deane Beman took office in 1974, he immediately began buying up those rights under the premise that an accumulation of such assets would prove extremely profitable when negotiating television contracts. Who’s the genius now, Phil? It wasn’t until the end of the 1970s that Beman completed the process, which stands as the biggest reason why Mickelson and his colleagues will compete for $427 million in 2022. Again, it’s called the greater good.

> Speaking of good, 2007 U.S. Amateur champion Colt Knost is off to a birdie-birdie start in his role as an on-course reporter for CBS. The dude weirds me out a little with some of his offbeat musings, which is actually a bit refreshing — Knost provides a nice contrast to Dottie Pepper’s ingrained intensity. He’ll never be David Feherty, but the new guy is making a hard job sound easy. An emerging voice for a maligned network.

> While we’re at it, you think the Super Golf League will offer Amanda Balionis $50 million to dish out those 45-second smiley faces from the 2024 Oil Sheikh Classic in Saudi Arabia? Oh, that’s right. The SGL doesn’t have a TV contract.

> Good Lord, it’s only the third week in February and I already miss the Brawny Brainiac Bryson DeChambeau. The childishness. The arrogance. The power. It’s just way too quiet in pro golf these days. Conflict is so much more interesting than a few hours with the Brady Bunch.