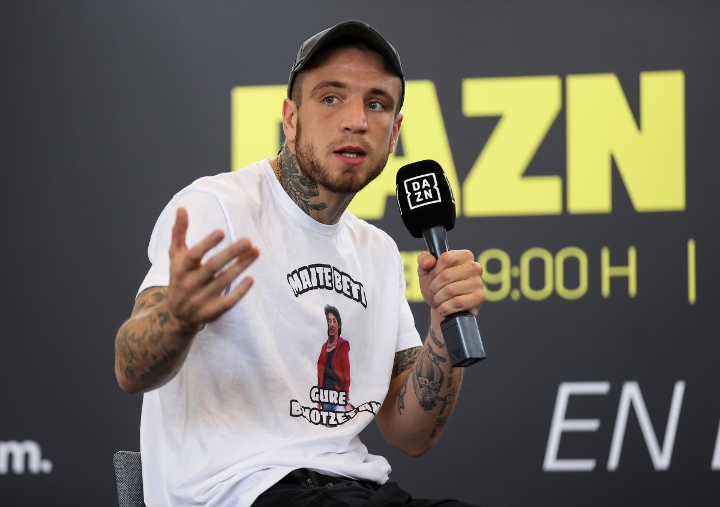 Spanish super welterweight Kerman Lejarraga (34-2) has relinquished the EBU tile and will not face Frenchman Dylan Charrat (20-1-1) in a rematch and mandatory defense.

Lejarrraga will now, according to Espabox ,concentrate on bigger fights and get back in the position he was in as a welterweight before he was stopped by David Avanesyan, twice.

The first Lejarraga vs Charrat ended in a close, majority technical decision for Lejarraga after he had been cut after an accidental clash of heads.

It’s now likely that Charrat get Germany’s Jama Saidi, (21-2), the reigning EU champ, as co-challenger for the vacant title.

Unbeaten Norwegian cruiserweight Kai Robin Havnaa (16-0) was reported to return on March 12 and headline a show in his hometown Arendal on a Wasserman Boxing promotion. However, after a bout with Covid-19 Havnaa lost a few weeks of training and his comeback is canceled.

According to Wasserman, Havnaa will now have a fight abroad next month and the plan is then for him to headline a show in Arendal late spring or early summer.

Havnaa last fought in November of 2019.

Early 2021 Queensberry announced that Oumiha had signed a long term contract with them but after two fights had been canceled and Sofiane decided to go for the 2021 Olympics in Tokyo instead. He did make it there but was stopped in the first round against America’s Keyshawn Davis on a controversial call by the referee.