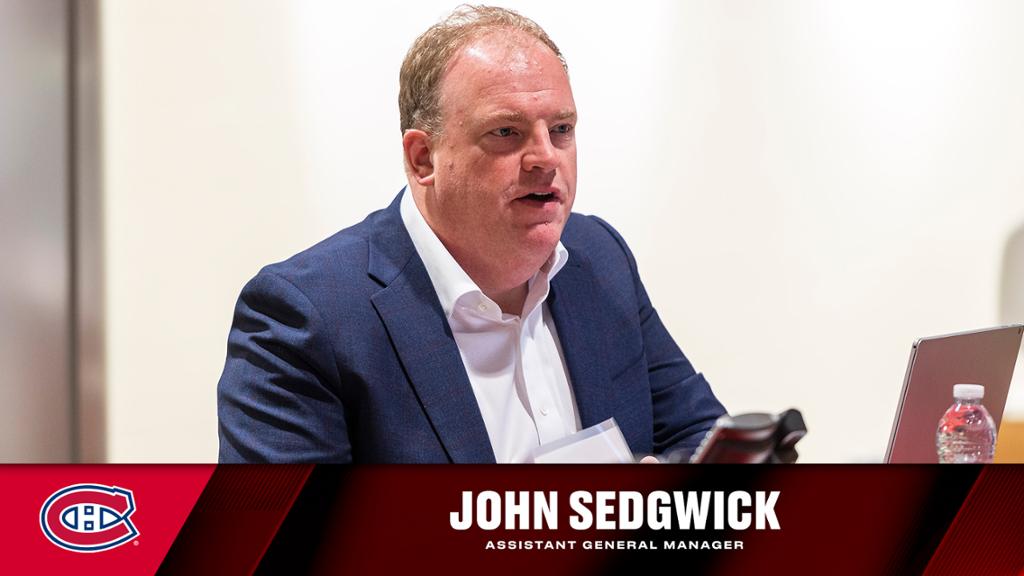 Sedgwick initially joined the Canadiens in April 2013 as the director of legal affairs before being promoted to vice president of hockey operations and legal affairs in July 2017. His responsibilities include player contract negotiation and salary arbitration, daily management and strategic planning of the salary cap, as well as overseeing all matters related to the NHL-NHLPA collective bargaining agreement. Prior to joining the Canadiens, Sedgwick was a member of the National Hockey League’s Hockey Operations Department in Toronto where he worked from 2006 to 2013.

Sedgwick was heavily involved in the launch of the Laval Rocket, while also serving as the principal Governor for the Rocket with the American Hockey League. He also oversaw the establishment of the Canadiens’ new affiliation with the ECHL’s Trois-Rivieres Lions.

Please note that John Sedgwick will be available to the media later today. The information regarding the media availability will be shared as soon as possible.