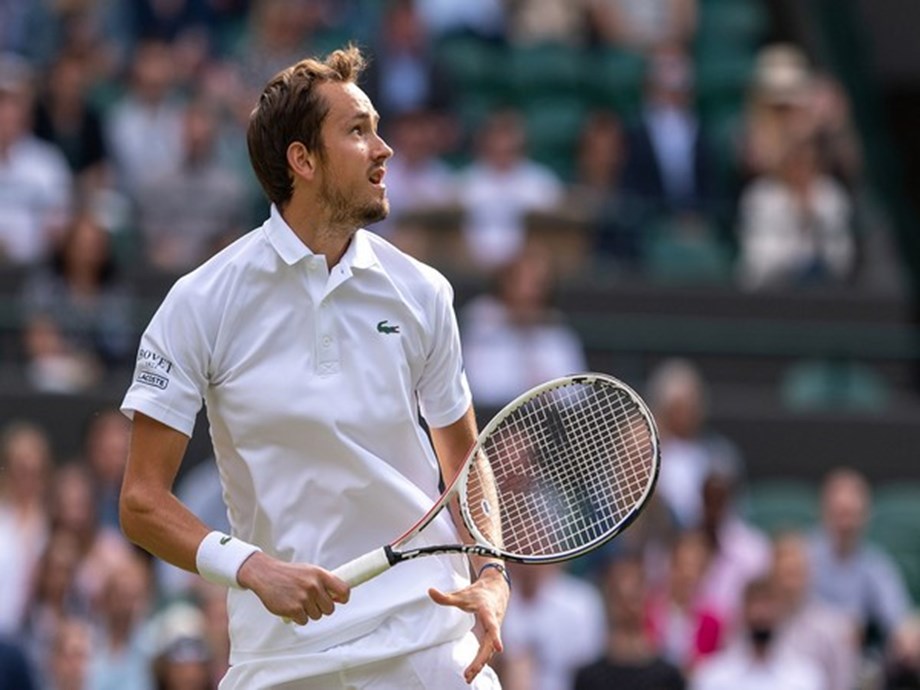 Tennis-Medvedev makes winning start in the quest for top rank, Nadal sails through

Russia’s Daniil Medvedev defeated Benoit Paire of France 6-3 6-4 in the first round of the Abierto Mexicano tournament in Acapulco on Tuesday to get his quest for the world number one ranking off to a winning start. World number two Medvedev is looking to ascend to the top ranking for the first time by displacing Serbian Novak Djokovic, who is competing at the Dubai Tennis Championships.

Jannik Sinner saved three match points and came from behind to topple Alejandro Davidovich Fokina 4-6, 7-6 (6), 6-3 on Tuesday in the opening round of the Dubai Duty-Free Tennis Championships in the United Arab Emirates. Sinner was down a set and faced three match points at 6-3 in the second set tiebreaker before he rattled off five straight points to win the set and even the match against the Spaniard.

Los Angeles Rams quarterback Matthew Stafford said he wished he had had a “better reaction” to seeing a photographer fall from a stage during the team’s Super Bowl victory parade last week. In a video of the incident, Stafford turned his back and walked away when he saw photographer Kelly Smiley fall from the platform as she backed up to take a photograph of Stafford and his wife.

Phil Mickelson apologised on Tuesday for comments he made about the proposed Saudi-backed Super Golf League that set off a firestorm of controversy and said he planned to take “time away” from the sport. In a November interview that was published on the firepitcollective.com last weekend, Mickelson criticized the government of Saudi Arabia for its “horrible record” on human rights, which he said included the 2018 killing of journalist Jamal Khashoggi and the execution of gay people.

Russia should not be allowed to host soccer events such as the Champions League final after Russian President Vladimir Putin recognised two breakaway regions in eastern Ukraine, British Prime Minister Boris Johnson said on Tuesday. Britain said that it would discuss the location of the Champions League final, which is scheduled to take place in St Petersburg in May, with the relevant governing bodies.

The 2022 Winter Olympics in Beijing attracted the smallest prime-time audience since NBCUniversal began broadcasting the games, according to viewership figures released by the network, amid a period of changing TV viewing habits. NBC said its nightly coverage of the Beijing games attracted an average of 11.4 million prime time viewers, a 42% drop from the 2018 Winter Olympics in Pyeongchang, which brought a total average audience of 19.8 million viewers.

The U.S. women’s national soccer team (USWNT) and governing body U.S. Soccer said on Tuesday they have agreed to resolve a years-long dispute over equal pay on what the players described as a landmark day for the sport. The settlement will see $22 million distributed in a manner proposed by the players and approved by a district court.

Andrey Rublev was afraid he would suffer an early exit at the Dubai Championships after arriving late at the tournament but the Russian said keeping his emotions in control helped him seal an unexpected victory over Britain’s Daniel Evans on Tuesday. Rublev converted his seventh match point to defeat Evans 6-4 7-5 in the first round in Dubai, two days after he won the singles and doubles titles in Marseille.

To many, Aaron Rodgers provided potential clues about his future in a lengthy social media post-Monday night. But Rodgers said Tuesday on “The Pat McAfee Show” that he had no announcement to make and hadn’t made a decision about his future. Instead, his reflective Instagram post was meant just to express thanks to some special people in his life, he said.

Fleet-footed Sara Hall returns to action at the New York City Half next month having claimed the United States half-marathon record last month ahead of what she sees as a banner year for American athletics. She set the U.S. record of 1:07:15 in Houston last month, beating Molly Huddle’s previous best (2018) by 10 seconds, after finishing on the podium at the 2020 London Marathon and at the Chicago Marathon last year.