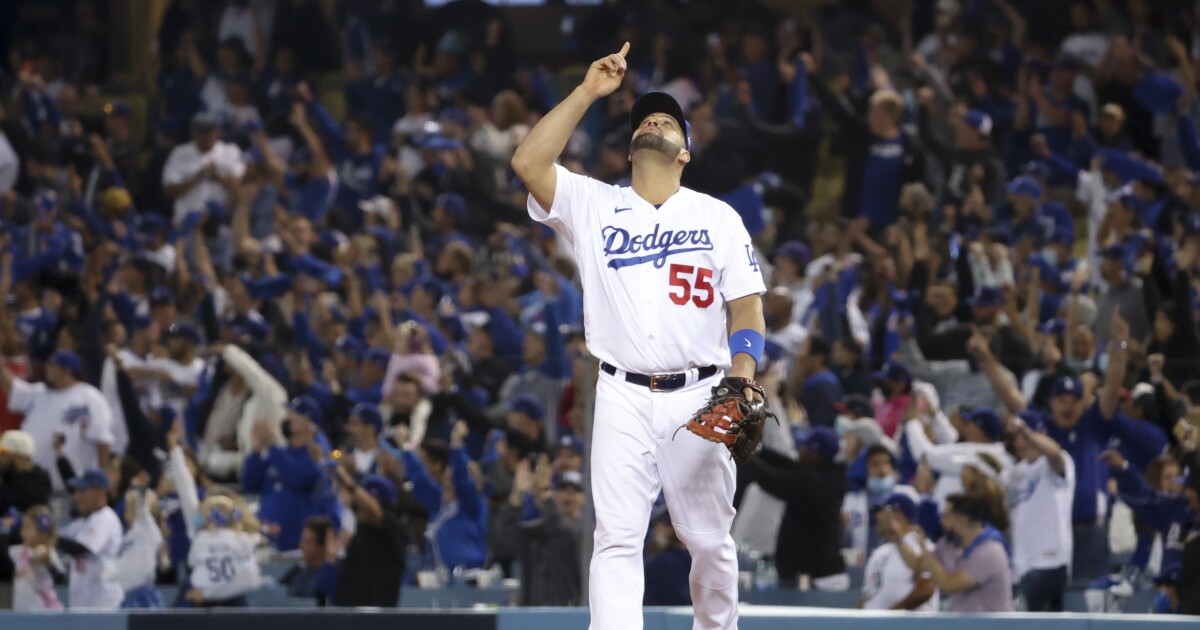 Two Southland 40-something sports icons will have prominent roles Sunday in NASCAR’s WISE Power 400 at Auto Club Speedway in Fontana.

When the drivers take to the track for introductions, they’ll be bobbing and weaving behind a pace car driven by none other than Albert Pujols.

And fresh off a Super Bowl championship parade float serving as grand marshal on race day will be Rams left tackle Andrew Whitworth.

Pujols, 42, and Whitworth, 40, have hinted at retirement, but neither one has announced whether they plan to play in 2022. Pujols, who played with the Dodgers and Angels last season, is a free agent. Whitworth has one year left on his contract.

Their roles Sunday ought to be pure fun.

The same arms that have produced 679 home runs will be used to man the steering wheel of a Toyota Camry TRD pace car. And the same wide body that serves to protect Matthew Stafford’s blindside will be welcomed by an Auto Club Speedway crowd that undoubtedly will include many Rams fans.

“I couldn’t be more excited to lead the best drivers in the world out onto the track,” Pujols said in a statement.