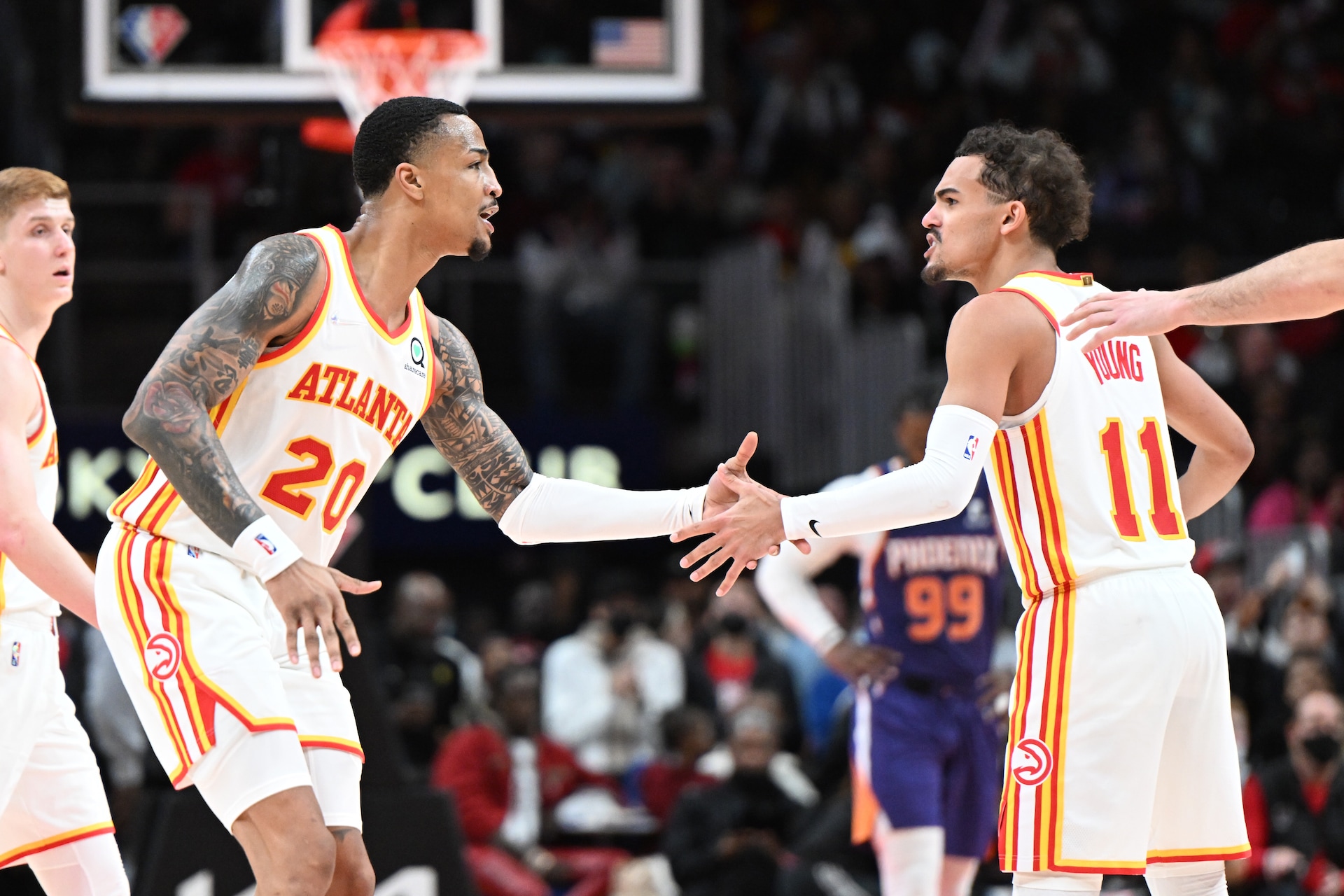 Trae Young wraps up 2022 All-Star weekend with an eye on the playoff push.

ATLANTA (AP) — The Atlanta Hawks are aiming for a top-six spot in the NBA playoffs, knowing a repeat of their pace before the All-Star break won’t be close to good enough.

One year after advancing to the Eastern Conference finals, the Hawks feel a sense of urgency to improve their play in the final 24 games of the regular season. They visit Chicago on Thursday night to open a crucial stretch of four games against teams ahead of them in the conference playoff standings, including two against the Bulls.

A rocky first half, packed with winning and losing streaks, has the Hawks (28-30) tied with Charlotte for ninth in the conference. Atlanta is perilously close to falling out of the Eastern Conference Play-In Tournament.

The Hawks won their last two games before the break, including a 130-109 runaway win at Orlando on March 16. The visit to the Bulls, tied for the top spot in the East, provides an opportunity to gain momentum for a playoff push.

“We’ve got no more time to dig ourselves holes,” guard Kevin Huerter said after Wednesday’s practice. “I think we’ve done that a couple times this year where we’ve lost four or five games in a row and put ourselves in a pretty bad position. We don’t have time to do that. But if we can put together wins and put together a streak or two to end the season, we’re going to be right there in the mix where we need to be.”

Atlanta’s schedule following the All-Star break is challenging. After hosting Toronto on Saturday, the Hawks visit Boston on Tuesday before facing the Bulls again on March 3.

Before they can have a realistic shot at finishing above the cut for the play-in tournament, the Hawks must avoid falling below the No. 10 spot.

“We’re just taking one game at a time,” said Hawks coach Nate McMillan. “We know we’re going to have to put a streak of games together with only 24 games left in the season. But again, talking about it, we’re pretty much past that. We know what we have to do.”

Mood because Hawks basketball is back tomorrow 😁 pic.twitter.com/q1u7kf35fX

The Hawks likely won’t have their full lineup when they renew their playoff push. Forward John Collins missed the last three games with a strained right foot. Collins was limited to shooting, with no running, on Tuesday and Wednesday.

Collins, who didn’t appear to favor the foot as he launched jumpers on Wednesday, was expected to join the team for the flight to Chicago.

As always, the Hawks will lean on Trae Young, coming off his second All-Star start. Young’s 27.8 points per game ranks fourth in the league. Chicago’s DeMar DeRozan is third at 28.1.

While defending NBA champion Milwaukee, Philadelphia and Brooklyn have commanded the most national attention, the rise of such teams as Chicago, Miami and Cleveland add depth to the Eastern Conference. That increases the difficulty of Atlanta moving up in the playoff standings.