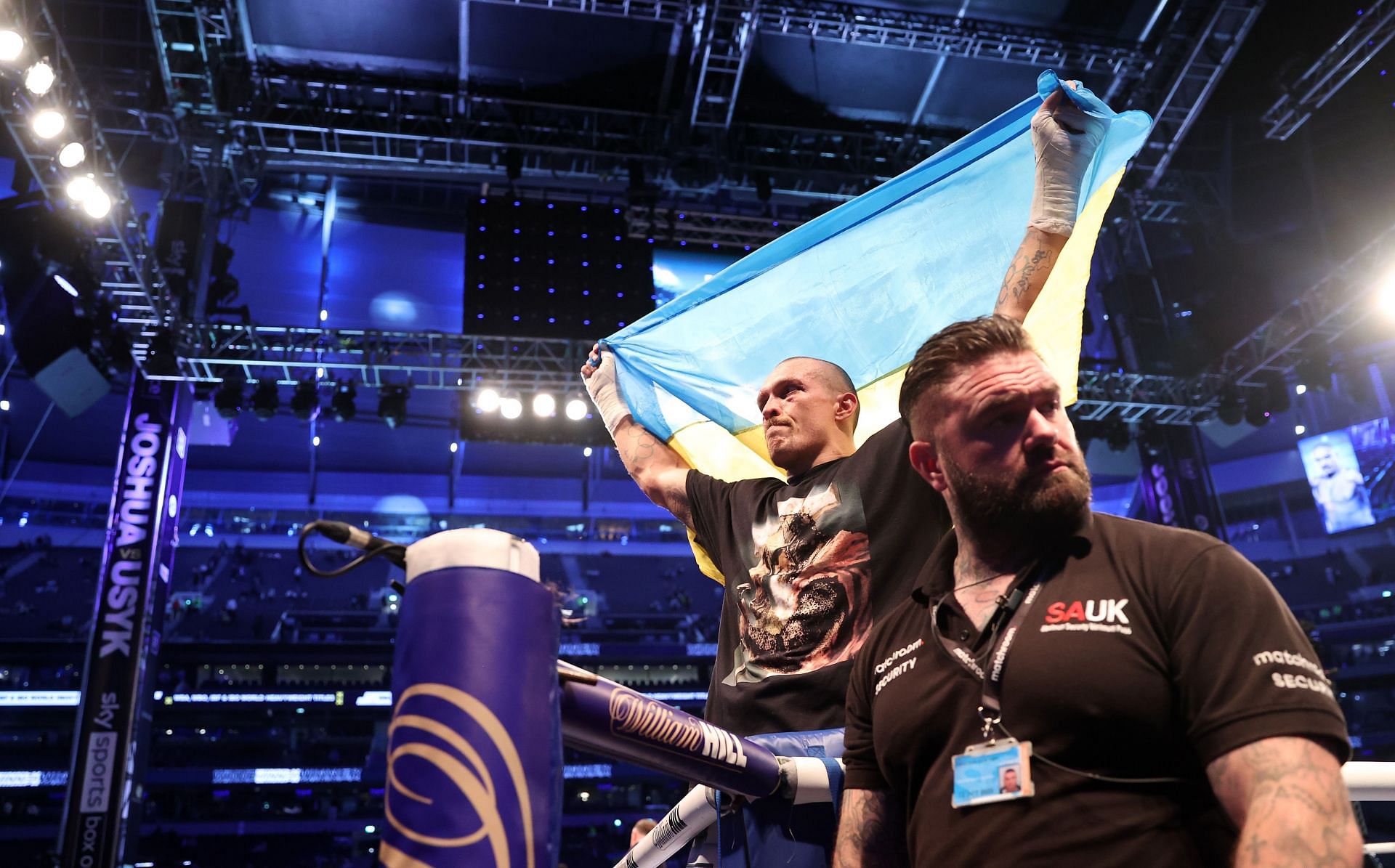 Oleksandr Usyk visited Stamford Bridge ahead of his rematch with Anthony Joshua.

‘The Cat’ was recently at the stadium to watch a Champions League football game between Chelsea and Lille. The current Unified Heavyweight Champion is a noted football fan, having grown up playing the sport and remains a fan.

The Ukrainian recently made his football debut for FC Polissya earlier this month. Usyk signed with the team for a friendly match, and was later seen doing drills and training with them following his surprise signing.

While his professional football career with the team was very short-lived, he clearly holds a love for the sport. He seemed to be in great spirits in the Chelsea-Lille match ahead of his return to the ring later this year.

Watch Usyk at Stamford Bridge in the video below:

Oleksandr Usyk at Stamford Bridge to watch Chelsea vs Lille in the Champions League this evening…[📽️ @Usykaa] https://t.co/vmRMlZSHzs

Oleksandr Usyk’s return to the boxing ring is yet to be finalized. However, ‘The Cat’ is expected to face his rival Anthony Joshua in a rematch later in 2022.

Their first fight was in September 2021, where ‘AJ’ came in as a huge favorite, having come off a big knockout win over Kubrat Pulev. Usyk was able to upset the odds, taking the fight to the Heavyweight Champion and pulling off a massive upset.

The Ukrainian outboxed his British counterpart in the entire fight, and nearly got a stoppage on multiple occasions. At the end of the 12-round contest, Usyk won the Heavyweight crown via unanimous decision. Following the event. ‘AJ’ activated a rematch clause to face Usyk again.

However, the bout has had multiple complications in getting finalized. Joshua nearly took a step-aside offer to allow Usyk to fight WBC heavyweight champion Tyson Fury, but the deal fell through.

The Brit has also had issues finding a trainer for the rematch, which has also caused complications for the high-profile bout. ‘AJ’ notably left his longtime trainer Rob McCracken following his upset loss to Usyk last year.

As of now, Oleksandr Usyk’s rematch against Anthony Joshua doesn’t have a date or venue set.

However, fans of ‘The Cat’ can expect details of his return to the ring in the coming weeks.