Will NFL combine stay in Indianapolis? 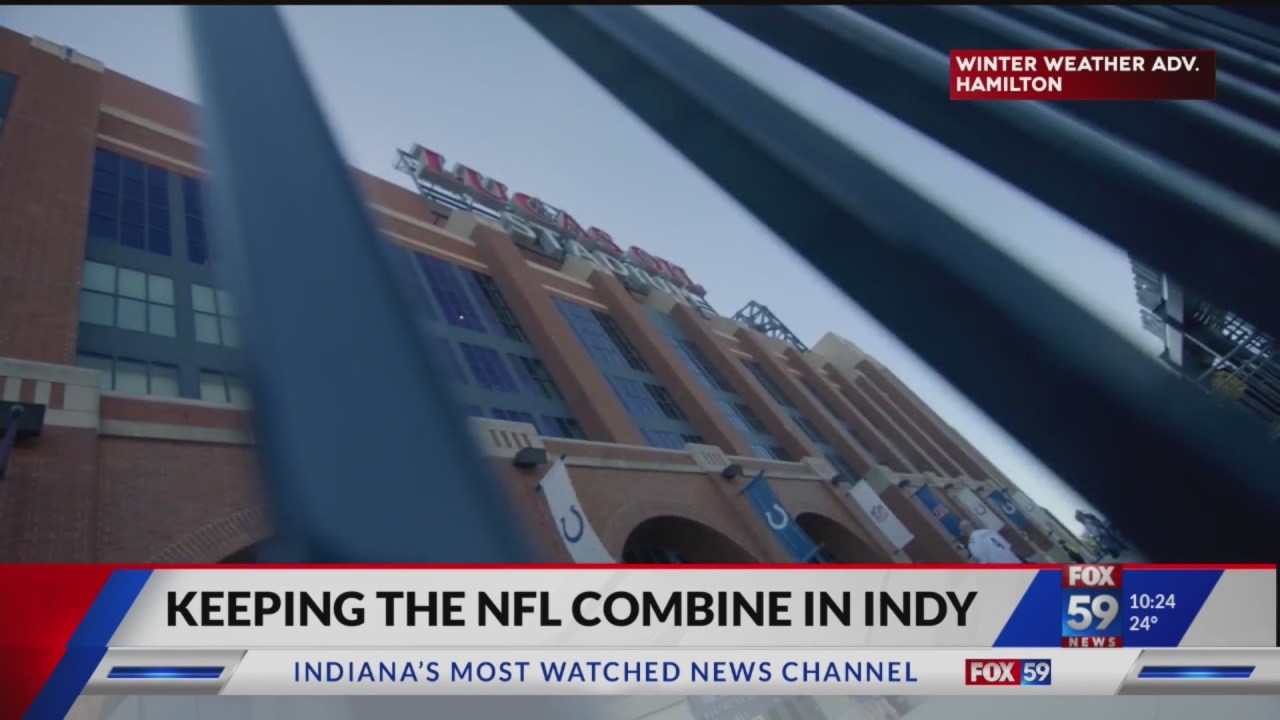 INDIANAPOLIS — Next week the NFL combine invades downtown Indy for the 35th year in a row. Area hotels and restaurants are preparing for what could be the last local combine for a few years. The marquee event is up for bid in 2023 and 2024.

“It would be sorely missed, not just financially, but it’s a part of our restaurant that we have these guys come every year,” said Kerry Wafford, beverage consultant at St. Elmo Steakhouse. “They are regulars. It’s like family to us.”

Indy is a finalist to retain the combine, but the city faces a stiff challenge against Los Angeles and Dallas.

Visit Indy is spearheading the bid. They say the city is the perfect host because the downtown hotels, stadium, and convention center are all connected by heated skyways.

“Literally, you don’t have to go outside. We take weather out of the equation,” said Visit Indy senior vice president Chris Gahl. “We aren’t surprised the NFL has made its decision to put it out for bid. We think it’s healthy. We think it’s competitive. We are playing to win, playing to retain this unique event.”

Gahl says the event has grown in recent years, and now attracts 8,000 to 9,000 people. It generates a modest $10 million economic impact. That number is only a tenth of the expected, estimated economic impacted from the NCAA national championship game, but an event like the NFL combine is what pushes Indy to the forefront of bids for major sporting events.

“Having NFL coaches, NFL General Managers, NFL players here only bolsters our ability to bid on those events,” detailed Gahl.

Restaurants like St. Elmo Steakhouse have become used to profiting from the event. When the combine first came to Indy in 1987, St. Elmo says the athletic showcase was a relative secret with minimal fanfare.

Wafford was just a waiter back then. Over the next 35 years, his career grew, as did his relationships with countless NFL players. He remembers one story about “Mean” Joe Greene.

“We have a prime rib cut that is about 35-40 ounces, and he came in, and knocked out a double portion of that, and left two bones on the plate,” he laughed.

“It’s a rite of passage for those who come to the NFL for the first time. All of the rookies get a chance to try it, but are not warned about,” joked Wafford. “They take the first bite, and their face explodes.”

Visit Indy knows they are in for an audition when the combine rolls into town. By late spring, Visit Indy says they expect to know who will be hosting for the next two years.