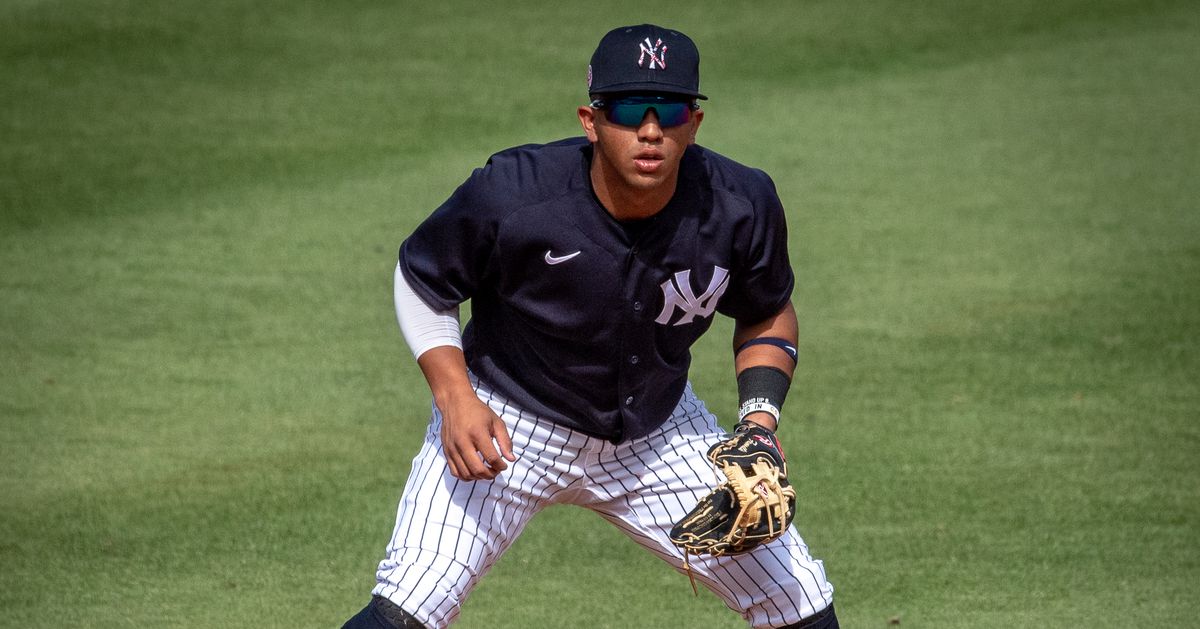 MLB Trade Rumors | Anthony Franco: The latest edition of the CBA negotiations isn’t very promising. After another day of back-and-forths — one that didn’t involve any proposals over the all-important CBT threshold, mind you — an MLB spokesman told reporters that if there is no agreement by February 28th (Monday), then some regular season games will indeed be cancelled, not made up. If that happens, then the MLBPA is unlikely to reciprocate MLB’s determination to add an extra round to the playoffs. Given how glacially ownership seems to be budging in response to any MLBPA offer, I wouldn’t exactly book tickets to Opening Day just yet.

FanGraphs | Eric Longenhagen, Kevin Goldstein, and Tess Taruskin: FanGraphs released its annual list of Top 100 prospects, and five Baby Bombers made the cut. To no one’s surprise, Anthony Volpe led the charge at an impressive No. 12 overall, behind only Bobby Witt Jr. and Oneil Cruz among shortstops. Other Yankees to make the cut included Oswald Peraza (No. 39), Luis Medina (No. 60), Jasson Dominguez (No. 73), and Alexander Vargas (No. 93). The FanGraphs team appears to be higher on Medina and Vargas than most of their contemporaries, so their progress in particular will certainly be something to track in 2022.

NJ.com | Brendan Kuty: On the topic of Volpe, he’s ascending during quite a prosperous time for star shortstops at the MLB level. So he has quite a few players to model his game after — both on defense and in the training room — and in this piece with Kuty, he discussed keeping a close eye on how Carlos Correa, Francisco Lindor, and Trevor Story man the position. His goal is to stay at shortstop long-term for a reason.

NJ.com | Randy Miller: This has been somewhat forgotten, but the Yankees have one more vacancy on their coaching staff. Planned assistant hitting coach Eric Chavez took the big job across town with the Mets, and the Yankees want to fill his old spot under Dillon Lawson with another former major leaguer. Eric Hinske has been the primary name floated, but another option confirmed by Miller’s source is Devin Mesoraco. The eight-year veteran and former All-Star retired after the 2018 season and has been volunteering with the University of Pittsburgh since 2020.

RACER | Marshall Pruett: This is probably the only time we’ll ever link to a site as unrelated to baseball as RACER, but it is relevant to the Yankees. George Michael Steinbrenner (George IV) is taking a step back from his co-ownership role that connects to the IndyCar Series because he is taking an unspecified role in the Yankees’ organization. For those keeping score at home, the 26-year-old is current owner Hal Steinbrenner’s nephew and the son of late co-owner Hank. No word on if he also runs a banana stand, though.