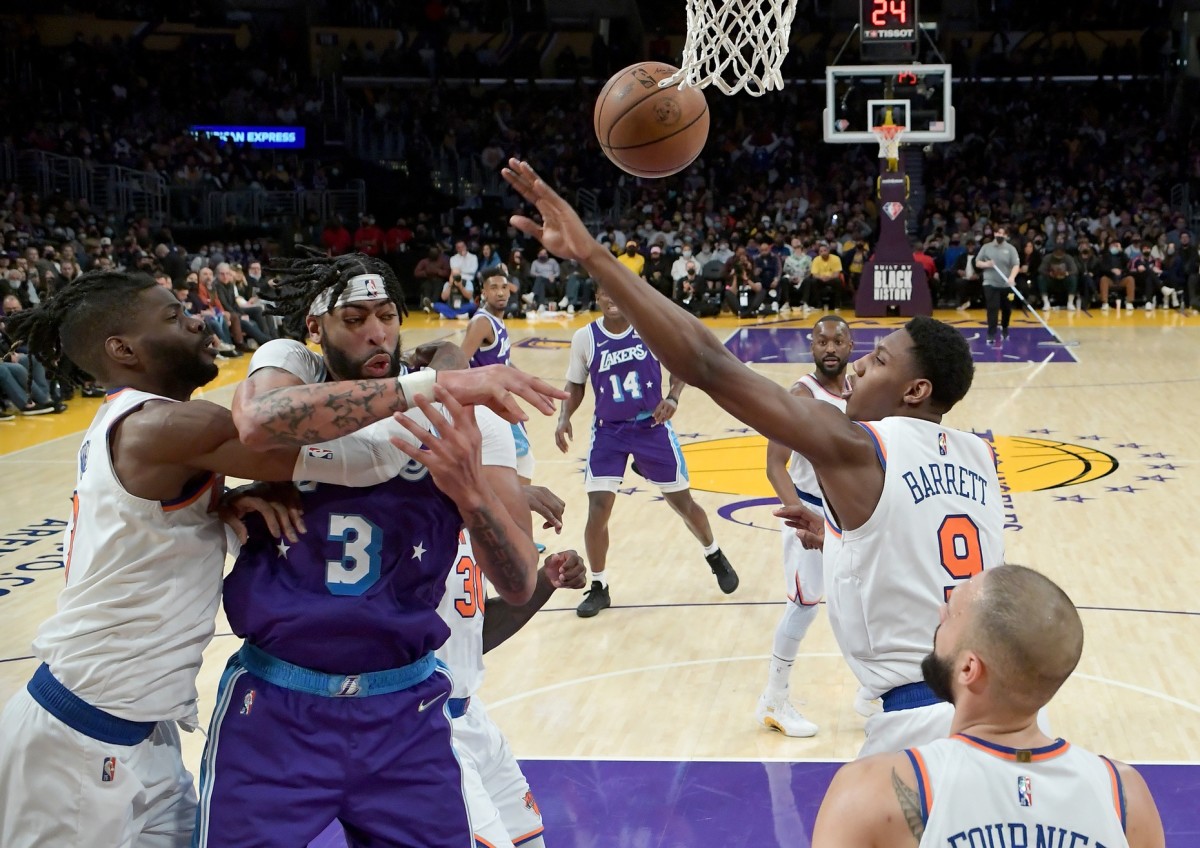 The Lakers do not have the treasure trove of trade assets likely required to remake their roster this offseason after a dreadful regular season. LA is short on first-round picks and short on promising young players. The Lakers will have even fewer possible avenues to improve their roster via the trade market once Russell Westbrook opts into his $47M player option. That is, unless they’re willing to trade Anthony Davis.

Davis is coming off another injury riddled year, but, when healthy, is a top tier player in the NBA. Historically, trading away superstar players doesn’t pan out well for the team trading away the superstar. But these are strange times for the Lakers.

The Ringer’s Bill Simmons suggested that there could be another major market team similarly interested in the idea of seismically shifting their own roster that massively underperformed this past season.

Simmons’ thought wasn’t based on any inside information, but rather, identifying a team that might be willing to pay top dollar for Davis.

After a surprising fourth place finish in the East last year (41-31), the Knicks regressed this season. Like, really regressed. The team finished eight games under .500 (37-45) and like the Lakers, missed the play-in tournament entirely.

The rumors of Julius Randle’s displeasure with playing in New York have led some to wonder if he could be dealt this summer. The Ringer’s Ryen Russillo talked about how the Knicks aren’t likely to include their prized youngster RJ Barrett in a potential package for Davis.

“Normally, these trades, as we go back in history — that’s why the Davis thing is complicated. It’s ‘We’re not going to solve your problem. RJ plays with whatever we bring back, we don’t trade you a player for your guy. We just give you a bunch of maybes.'”

In a theoretical trade, note, theoretical, those “maybes” could include some assortment of: Evan Fournier, Julius Randle, Alec Burks, and Kemba Walker.

The two aren’t alone in ruminating about the Lakers trading Davis away. ESPN’s Brian Windhorst mentioned earlier this month that he expects that the LA front office will at least discuss the idea of trading Davis.