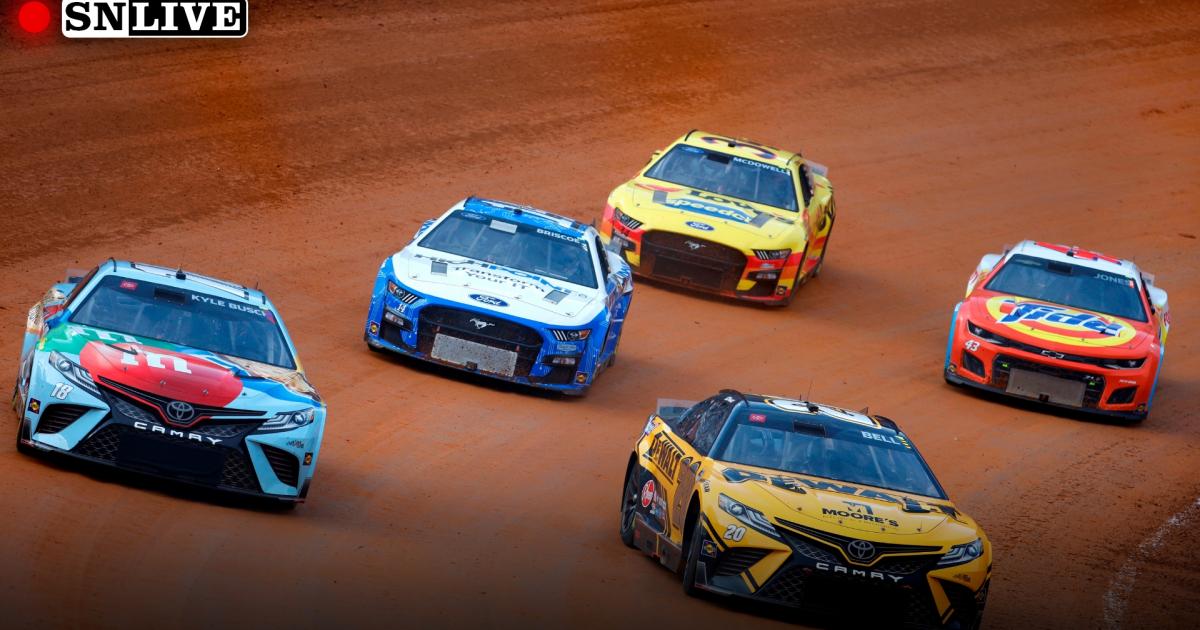 Sunday’s NASCAR Cup Series race will again be on the clay at Bristol Motor Speedway in Bristol, Tenn.

Logano certainly is hoping to rekindle some of that magic from last year’s race. He narrowly lost in overtime a week ago at Martinsville, when William Byron claimed his second checkered flag of the season. Logano is still searching for his first win of the year.

The Sporting News will be tracking live updates and lap-by-lap highlights for the NASCAR Cup Series race at Bristol on Sunday. Follow below for complete results from the Food City Dirt Race.

6:51 p.m.: Pre-race ceremonies beginning with the invocation and the national anthem.

What time does the NASCAR race start today?

Sunday’s race at Bristol is scheduled to start at 7:04 p.m. ET on Sunday. It had originally been scheduled to begin at 7:14 p.m., but it has since been moved up 10 minutes because of the threat of rain.

What channel is NASCAR on today?

Mike Joy will be on the call for lap-by-lap action, with Clint Bowyer and Darrell Waltrip joining him in the booth for analysis. Fox has used rotating analysts in 2021 after Jeff Gordon left to work for Hendrick Motorsports.

Fans who have cut the cord on cable can also find the race on Fox Sports Go or fuboTV, which offers a free trial.

Here is the complete starting lineup for the NASCAR Cup Series race in Bristol on Sunday: