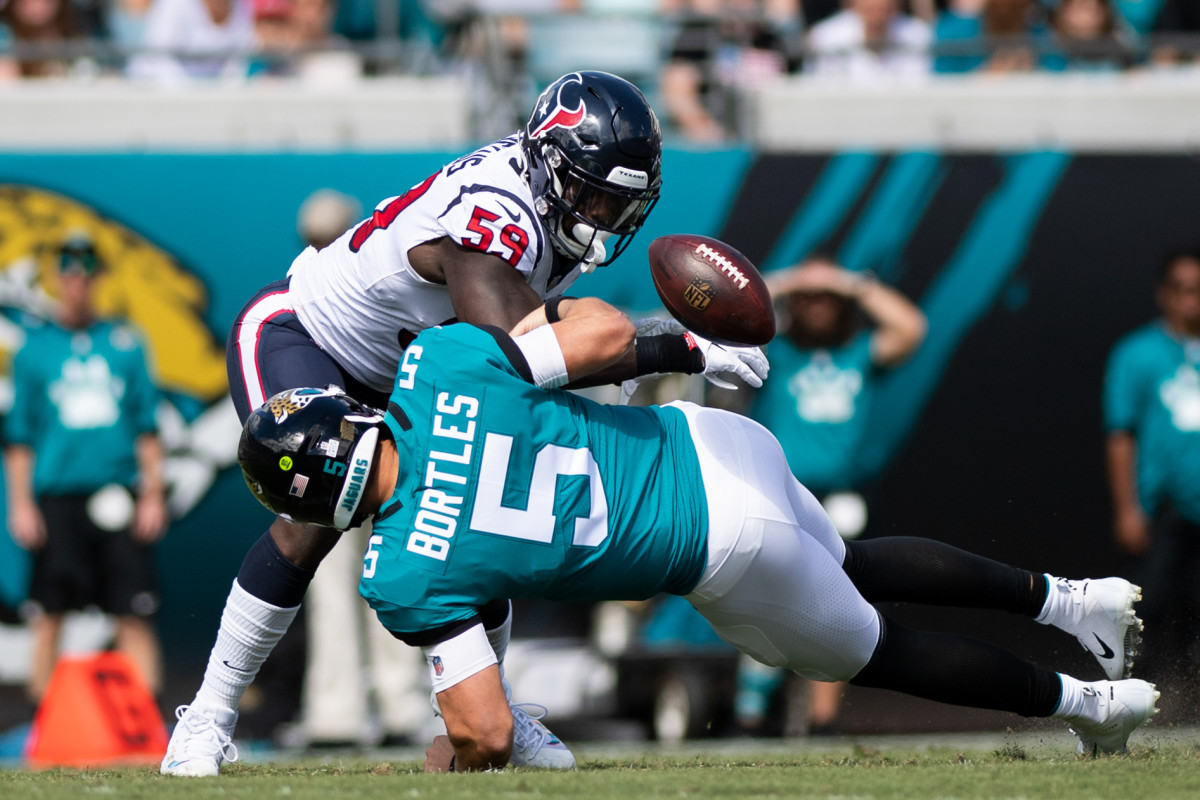 With needs all over the place, the Houston Texans could go any way with the third overall pick in the upcoming NFL Draft.

This year will mark just the second time the Texans have selected No. 3, and the precedent is promising as they selected seven-time Pro Bowl wide receiver Andre Johnson in 2003.

But apart from Johnson, has the third selection typically been a successful landing spot? Frankly, no.

Barring an impressive rookie season in which he racked up just shy of 1,000 rushing yards, Richardson’s NFL career was a disappointment. After a year in Cleveland, the former Alabama star played another unremarkable 29 games for the Indianapolis Colts. He left the NFL after the 2014 season and is currently playing for Caudillos de Chihuahua of Fútbol Americano de México.

Again, this selection might not provoke much confidence amongst Texans fans.

Jordan did last in the league until 2020, but during that span he was suspended one year for violating the league’s substance abuse policy, and only made five starts.

A semi-successful pick, Bortles was never the franchise quarterback his selection clearly led the team to predict. However, he did start 73 games for the Jaguars and nearly led their renowned ‘Sacksonville’ squad of 2017 to the Super Bowl before losing the AFC Championship game to the New England Patriots.

Arguably the player with the best longevity on this list so far, Fowler currently finds himself a member of Dan Quinn’s Dallas Cowboys defense.

Fowler has never made a Pro Bowl, but he’s had a solid career with 35 sacks in 91 games (40 starts) for the Jaguars, LA Rams, and Atlanta Falcons.

Bosa remains a formidable force and a key member of the Los Angeles Chargers defense. The 2016 NFL Defensive Rookie of the Year has reached four Pro Bowls in six seasons, racking up 58 sacks in 79 games (75 starts).

And back down to earth.

To be blunt, Thomas has yet to live up to his draft selection. He started 25 games his first two seasons, but in the three since he’s only started five. Now on his third team in as many years, he’s hoping the New York Jets proves the place where he can thrive.

Darnold was dealt a bad hand when drafted by the Jets, who have only had one winning season since 2010.

Hardly a place where he could flourish, his progress has floundered and he currently plies his trade with the Carolina Panthers and an almost afterthought starter.

A solid and productive starter who we may yet see the best of, Williams has recorded 15.5 sacks in 41 games (37 starts) on a team that, as previously mentioned, hasn’t performed well in recent years.

Okudah’s career has been stunted by injuries, spending time on injured reserve in both 2020 and 2021 and being limited to just 10 appearances (seven starts).

It’s too soon to tell if he can be classified a bust.

Lance was, and perhaps still is, considered a work-in-progress when he entered the league. As such, he backed up Jimmy Garoppolo for the majority of his debut season, making six appearances (two starts).

As if by fate, his best game thus far came against the Texans in Week 16, leading the 49ers to a 23-7 victory, passing for 249 yards, two touchdowns, and one interception.