Colts WR Michael Pittman Jr. out to become ‘that definite Receiver No. 1 that everybody talks about’ 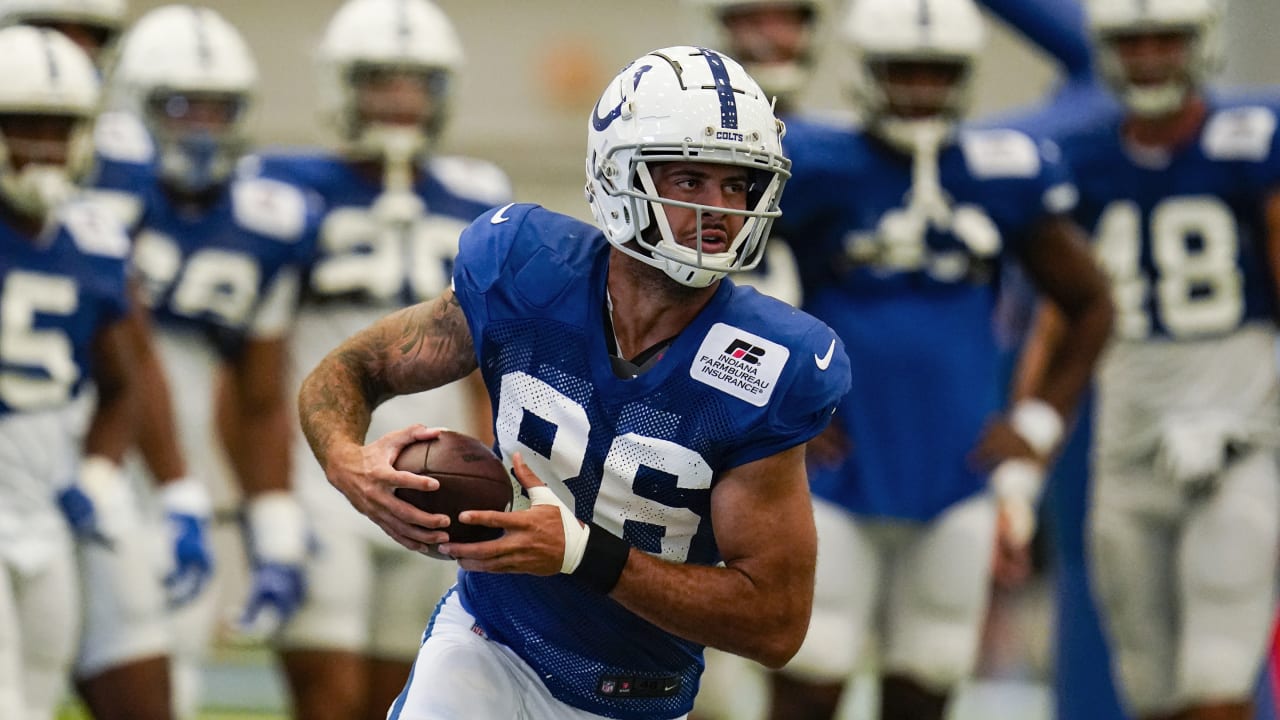 Michael Pittman made the Year 2 leap he planned, more than doubling his rookie-season output. Now the Indianapolis Colts receiver is angling for another jump.

“I’m just trying to take the next step,” Pittman Jr. said per the Indy Star. “Last year, I said that I was going to double every single category, and I did that. This year, I’m trying to build on that and become that definite Receiver No. 1 that everybody talks about.”

In 2021, Pittman netted 88 catches for 1,082 yards and six touchdowns. He hit his doubling goal after a 40-catch, 503-yard rookie season in which he scored just one touchdown.

A stellar route-runner with strong hands and tough run-after-catch ability, Pittman proved last season he can be an elite playmaker. The 24-year-old might not jump out as everyone’s definition of a prototypical No. 1 wideout, but he showed he could be that go-to target for Indy.

“Everybody has their own definition,” Pittman Jr. said. “I think I am that (No. 1 receiver). I’ve just got to go ahead and prove that to other people, with whatever they think it is, whether it’s yards, touchdowns, whatever. I’m just trying to make that next jump.”

The Colts waited until the draft to add a receiver to their corps this offseason, snagging Cincinnati’s Alec Pierce in the second round. That move helped bolster a position with a host of question marks behind Pittman Jr. Injury-ravaged Parris Campbell and inexperienced Dezmon Patmon and Michael Strachan sit in prime spots to play critical roles for Indy this season.

Unless the Colts bring back T.Y. Hilton, Pittman will enter the season as the most accomplished Colts receiver by a wide margin. They’re banking on the wideout continuing to develop into a dangerous weapon that can tilt the passing game.

“Trying to be a team leader now, now that I’m kind of the older guy that’s in that room now,” Pittman Jr. said. “I’m only going into Year 3 now, but I’m the elder.”