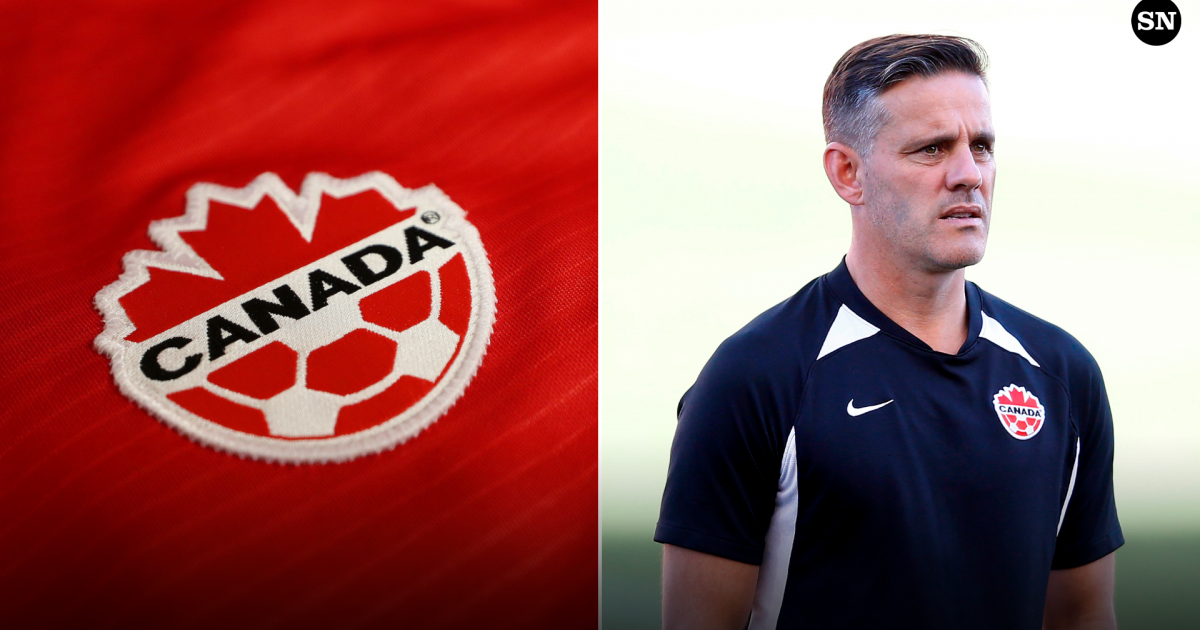 On the heels of qualification to its first men’s World Cup since 1986, this summer was meant to be part celebration and part preparation for Canada in the lead-up to Qatar 2022. The Canadian men are set to play in Group F this November against Morocco, Belgium, and Croatia.

Instead, recent weeks have left Canadian soccer in a quagmire of controversy, public disagreement, finger-pointing, statements and counter statements, and player dissent. That combustible mix led to the cancellation of a senior men’s national team match on Canadian soil on the same day it was supposed to be played.

Just a week after seeing its planned June friendly against Iran called off in the wake of significant public and political backlash, the Canadian Soccer Association was forced to cancel its replacement friendly against Panama just hours before kickoff due to a player protest in relation to a contract dispute.

With a unique window to transform the sport’s profile in Canada, and just four years prior to serving as co-host of the 2026 men’s World Cup, Canada Soccer must now find a way to navigate a crisis that if not managed correctly has the potential of leaving permanent scars on the sport and its image in the country.

MORE: Breaking down Canada’s Group F at the 2022 World Cup

Why was Canada vs Panama soccer game cancelled?

Around 5 p.m. ET on June 5, just two hours before kickoff in Vancouver, Canada Soccer officially announced it was cancelling its friendly against Panama.

The match was called off after players announced they would not take the field in protest due to a lack of financial transparency by Canada Soccer. The men’s team players, who had reportedly cancelled training sessions in the days leading up to the match, released a joint statement to media members, which indicated that they “reluctantly decided not to play our match today against Panama.”

In the statement, the players outlined a host of demands required for them to retake the field, casting serious doubt over upcoming Nations League matches scheduled for June 9 vs. Curacao and June 13 in Honduras.

This is the “Dear Canada” letter released by Canada’s national men’s team players.
Asking for a review of Canada Soccer’s broadcast & sponsorship contracts, 40% of World Cup qualification money, and a joint contract with the women’s team with equal compensation for match fees. pic.twitter.com/STazGyJ9MW

MORE: Why Canada friendly vs. Iran was called off and replaced with Panama match

The players are seeking to bring about changes in the way the national team program is run, demanding greater transparency from Canada Soccer as part of negotiations on a new contract with the organization.

“Despite the unprecedented success of both the Women’s and Men’s national teams in 2021/22, we have seen no changes. Where is the progression? Where is the money?” read the players’ statement.

The men characterized the relationship with Canada Soccer as “strained for years”. They claimed that the organization “disrespected our team and jeopardized our efforts to raise the standards and effectively advance the game in Canada” by delaying contract discussions and waiting “until the evening of June 2nd to present an archaic offer” when contract discussions had begun back in March.

Provided that background, they “reluctantly decided not to play” against Panama, and instead wanted to “take a stand for the future of soccer in Canada.” The players proceeded to outline a list of demands they called “fundamental elements we will stand on guard for, to shift soccer in our country”:

The players are specifically citing the deal with Canadian Soccer Business because they feel it “completely compromised [Canada Soccer’s] ability to leverage the on-field success of our senior national teams” and “hand cuffed our association [Canada Soccer].” They went on to insist that the terms of the agreement are “disclosed and corrected”.

Context: Canada Soccer signed a 10-yr deal in 2019 with Canadian Soccer Business, an independent company that is owned by Canadian Premier League team owners.
CSB represents CS on all of its media & sponsor deals.
Where does $$ go? Players say they want answers.

The Canada women’s national team, winners of Olympic gold in 2021, followed up with their own statement indicating they, too, have been in negotiations with Canada Soccer since January 2022. They are seeking an agreement “that will provide equal pay to members of our team in relation to the Men’s National Team.”

The women also say they received a proposal from Canada Soccer around the same time as the men did in June. But similar to the men, they have asked for more information “regarding [Canada Soccer’s] financials, including with respect to its agreement with Canadian Soccer Business.”

But the women’s statement also took issue with the way their male counterparts portrayed the idea of an “equitable structure” for compensation: “To be clear, the Women’s National Team does not view equal FIFA percentages between our respective teams as equal pay.”

A statement from the Canadian Women’s National Team players: pic.twitter.com/JHqkm3iiXr

Media members pointed out how the investment in the men’s and women’s programs has not been equitable in the past, citing previous reports of the Canada Soccer association’s finances.

This is from Canada Soccer’s publicly released 2021 Annual Report. From its own breakdown – 18% of funds go towards women’s team. 39% go towards men’s teams. #CanMNT #CanXNT #CanWNT pic.twitter.com/jXyRVgwjFi

MORE: Why Canada’s qualification to the men’s World Cup can change the sport

How did Canada Soccer respond to player protest?

Canada Soccer president Nick Bontis and general secretary Earl Cochrane held a press conference hours after the match cancellation, and the message was that Canada Soccer had serious constraints, but was available and ready to negotiate.

“Canada Soccer is very disappointed in the players’ decision to refuse to play today,” Bontis said in his initial remarks. The federation apologized to the fans and expressed appreciation.

“Canada Soccer has been working with the players in good faith to find a way forward that is fair and equitable for all,” his statement continued. “We would like to have  a fact-based discussion based on the financial constraints that Canada Soccer must live in.”

“We believe we made a fair offer to the players,” Bontis said. “We benchmarked our offer with other offers around the world.”

With regards to the gender inequity claim by the players, Bontis stated that Canada Soccer’s offer included an identical offer to the men’s and women’s national teams. However, he called the men’s proposal “untenable” and something Canada Soccer could not afford.

According to journalist Rick Westhead, Canada Soccer indicated that the initial demands of the players was for between 75 to 100 percent of the World Cup prize money, with Canada Soccer countering with an offer of 60 percent split evenly between men and women.

The prize money share requested from the men’s players in their published note (above) was 40 percent.

Canada Soccer disputes the figures in our story. Organization says CMNT demand was for 75-100% of the World Cup prize money.
Canada Soccer says it offered 60%, to be split equally between men’s and women’s teams. https://t.co/S36CS1LBqW

Canada Soccer’s long-term partner Canadian Soccer Business (CSB), which was specifically cited by both men’s and women’s teams as they seek clarification regarding the terms of their 10-year contractual relationship, also chimed in with a statement of their own.

Canadian Soccer Business (CSB) says it was “prepared to be fully transparent about our agreement [with Canada Soccer] which has included an unprecedented amount of revenue to Canada Soccer in the past 18 months in the forms of sponsorship and international media dollars.”

CSB added that “we have invested tens of millions of dollars, and will continue to invest millions more to benefit Canadian soccer.”

The Canadian Soccer Business has released the following statement. We’re back up on @onesoccer for Canada Soccer president Nick Bontis’ press conference at 8.15 PM ET.

How did Canada fans respond to player protest?

Canada’s supporter group The Voyageurs released a statement on the situation holding a neutral position, but also seeming to support the players in their plight.

“Beyond their incredible achievements, [the players] represent Canada with class and dignity, and we feel both proud and fortunate to be able to support them,” the fan statement read. “They are incredible human beings and are very deserving.

“However, we are not privy to the details of player compensation past or present, details regarding allocation of World Cup prize money, or the details of Canada Soccer’s budget,” the statement continued. “It would be inappropriate for us to take a specific stance on this issue at this time.”

For those interested, we’ve decided to make a statement regarding the current #CanMNT & @CanadaSoccerEN @CanadaSoccerFR situation. pic.twitter.com/9TMAjB8JFP

“We hope Canada Soccer will take decisive steps to work with our team so we can be back on the field for our match on June 9,” the statement read towards the conclusion.

Canada Soccer CEO Nick Bontis stated that he has been “immediately available” to players for negotiations both upon landing in Vancouver as well as after the press conference held on Sunday, June 5. Bontis stated that the Curacao match in CONCACAF Nations League play would be a “CONCACAF issue” if a deal could not be reached and the players did not play.

CONCACAF is the regional confederation comprising nations of North America, Central America and the Caribbean of which Canadian Victor Montagliani is president.

On June 6, Canada national team players released a statement saying they have returned to training ahead of the Nations League games, clarifying that they have not reached a deal and are still in the early stages of negotiating.

According to broadcaster Gareth Wheeler of OneSoccer in a thread posted to Twitter, the Canadian players met with Canada Soccer on the night of June 5 after the cancellation of the Panama match and subsequent Canada Soccer press conference.

Wheeler reports that “issues including pay equity were discussed and further explained” and that “there seems to be hope negotiation and movement towards change can be accomplished simultaneously with the team getting back on the field.” He reports that a joint statement of intent is expected in the near future, although to this point that has not been released.

The report also states that it’s unclear what exactly the players are requesting regarding World Cup prize money payout. Wheeler notes that it’s not clear whether the 40 percent mentioned by players is net or gross. If it’s net, Wheeler notes, that would be an 80+ percent gross payout, which would be a high bar for Canada Soccer to clear.

While it’s a good sign the two sides are opening what are assumedly good faith negotiations, it’s worrying that this issue seems to be one that will not be easily resolved.