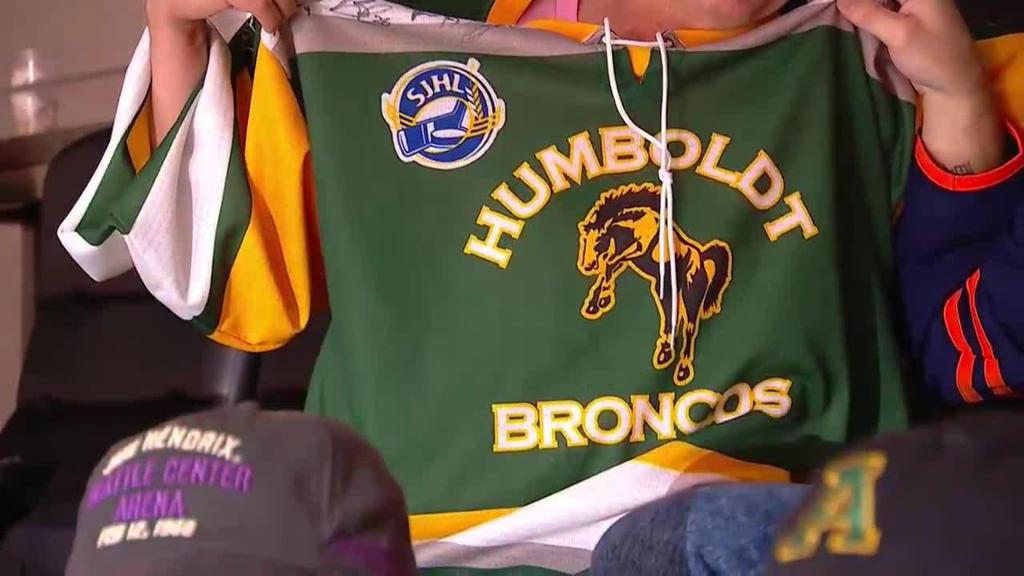 Five hockey players who survived the tragic Humboldt Broncos bus crash from 2018 made a special presentation to Edmonton Oilers superfan Ben Stelter and his family at Rogers Place on Monday.

On April 6, 2018, 16 people died and 13 were injured after a bus taking the Humboldt Broncos of the Saskatchewan Junior Hockey League to a playoff game collided with a transport truck at a rural intersection in Saskatchewan. Five of the survivors — Brayden Camrud, Graysen Cameron, Ryan Straschnitzki, Tyler Smith and Derek Patter — attended Game 4 of the Western Conference Final and made a donation to offset Stelter’s medical costs.

Stelter is a 6-year-old with glioblastoma, a type of brain cancer. The Oilers fan was diagnosed with a brain tumor one year ago, going through four rounds of chemotherapy and 30 sessions of radiation to remove it.

Tweet from @NHL_On_TNT: Five players who survived the Humboldt Broncos bus crash are in attendance in Edmonton tonight, and made a special presentation to Ben Stelter and his family 💙 pic.twitter.com/m6ao0Y3w4I

Stelter developed a relationship with the Oilers and their players earlier in the season, joining the team for morning skates, games, dressing-room meet ups and post-game press conferences.

Stelter also had his hand in popularizing the “Play ‘La Bamba,’ baby!” movement in Edmonton, which honors the team’s late locker room attendant Joey Moss, by sharing videos on social media during the Oilers run to the Western Conference Final.