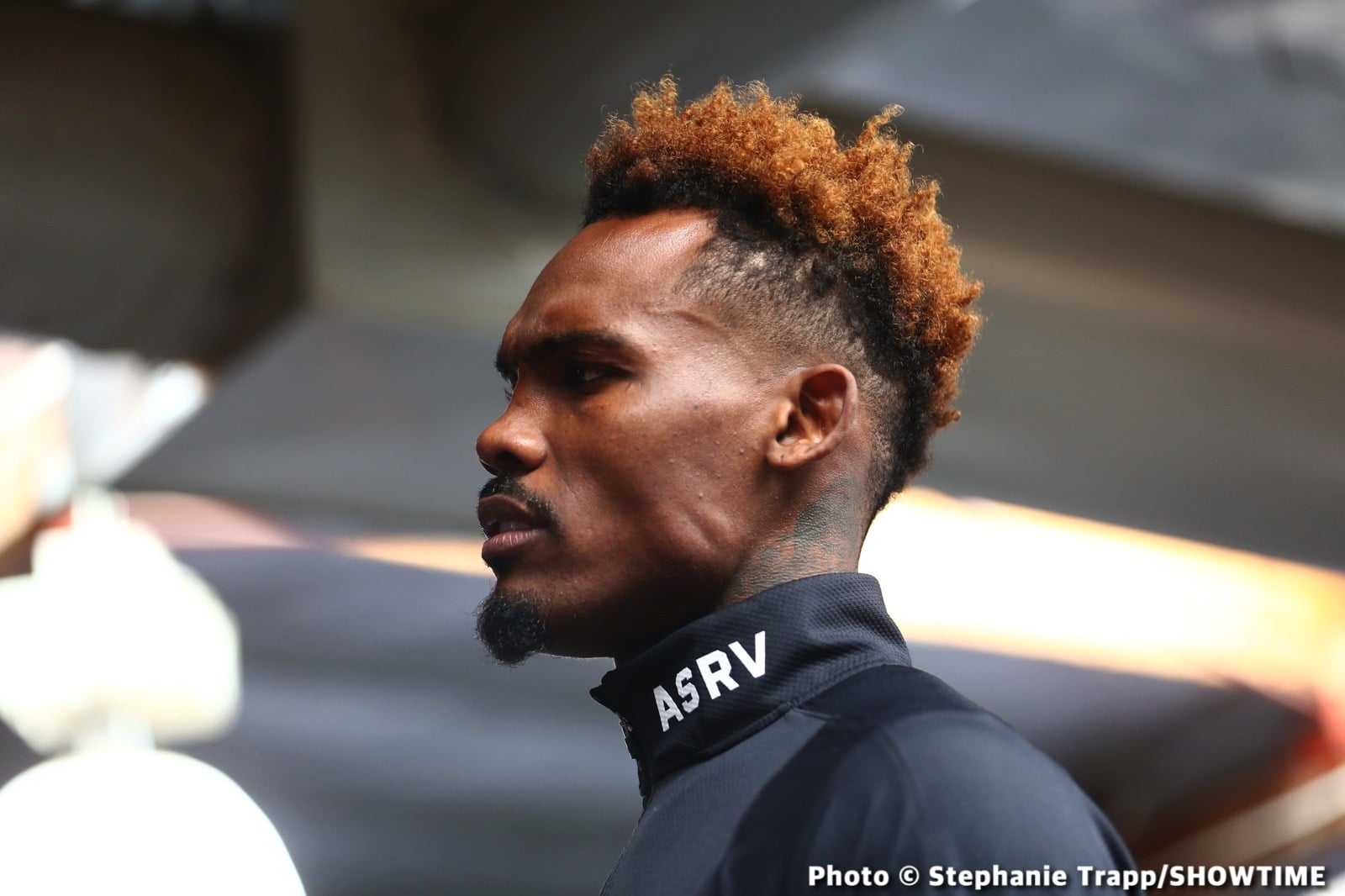 By Robert Segal: Errol Spence Jr says the reason undisputed 154-lb champion Jermell Charlo is always so angry is that he reads social media and sees the comments from people, including the reporters, causing him to explode.

Jermell is 32, arguably old for a boxer in the 154-lb weight division. That said, Jermell has seemingly always been a fighter with a hair trigger, ready to go ballistic during press conferences.

In explaining why Jermell is frequently agitated, Spence included his twin brother Jermall, saying he also gets upset.

However, Jermall appears to be the calmer, more relaxed of the Charlo twins and less likely to erupt in a snarling way compared to his brother.

Jermell’s anger doesn’t seem to work in his favor as it doesn’t cow his opponents, and it makes some boxing fans wonder, ‘what’s up with this guy?’

Charlo doesn’t react well to being criticized for his fighting ability. Instead of taking the criticism as being well-intentioned from the media & fans, Jermell seems to view it as him being attacked.

In any walk of life, when you have a person that resists suggestions for improvement, they can’t grow, and their problems continue.

“People be wondering why the Charlo twins are so angry, like Jermell and Jermall. They watch everything on social media, everything,” said Errol Spence Jr to K9Boxing, on why undisputed 154-lb champion Jermell Charlo is always angry 24/7.

“After the fight, when they explode, everything that was built up from what somebody said on social media.

“Anytime someone Tweets something or says a comment on Instagram, that’s why they’re always commenting back or, after the fight, ready to explode, talking about a fighter because they watch and see everything.

“I don’t let it get to me,” said Spence about the criticism on social media or the reporter. “When I see some criticism, I’m, ‘Okay; you’re right about that.’”

“I’m not rattled by any of his comments. He’s like an angry old man,” said Tim Tszyu in a press conference last week, talking about Jermell. “He’s just grumpy all the time. Let him be.”

Hopefully, Jermell (35-1-1, 19 KOs) keeps his cool during his next fight against the heavy-handed Tim Tszyu (21-0, 15 KOs) because it would be a shame if he uses up all his energy arguing with reporters before the contest.

Tszyu will be a formidable opponent for the Texas native, and Jermell will need all the energy he can get to win that fight.