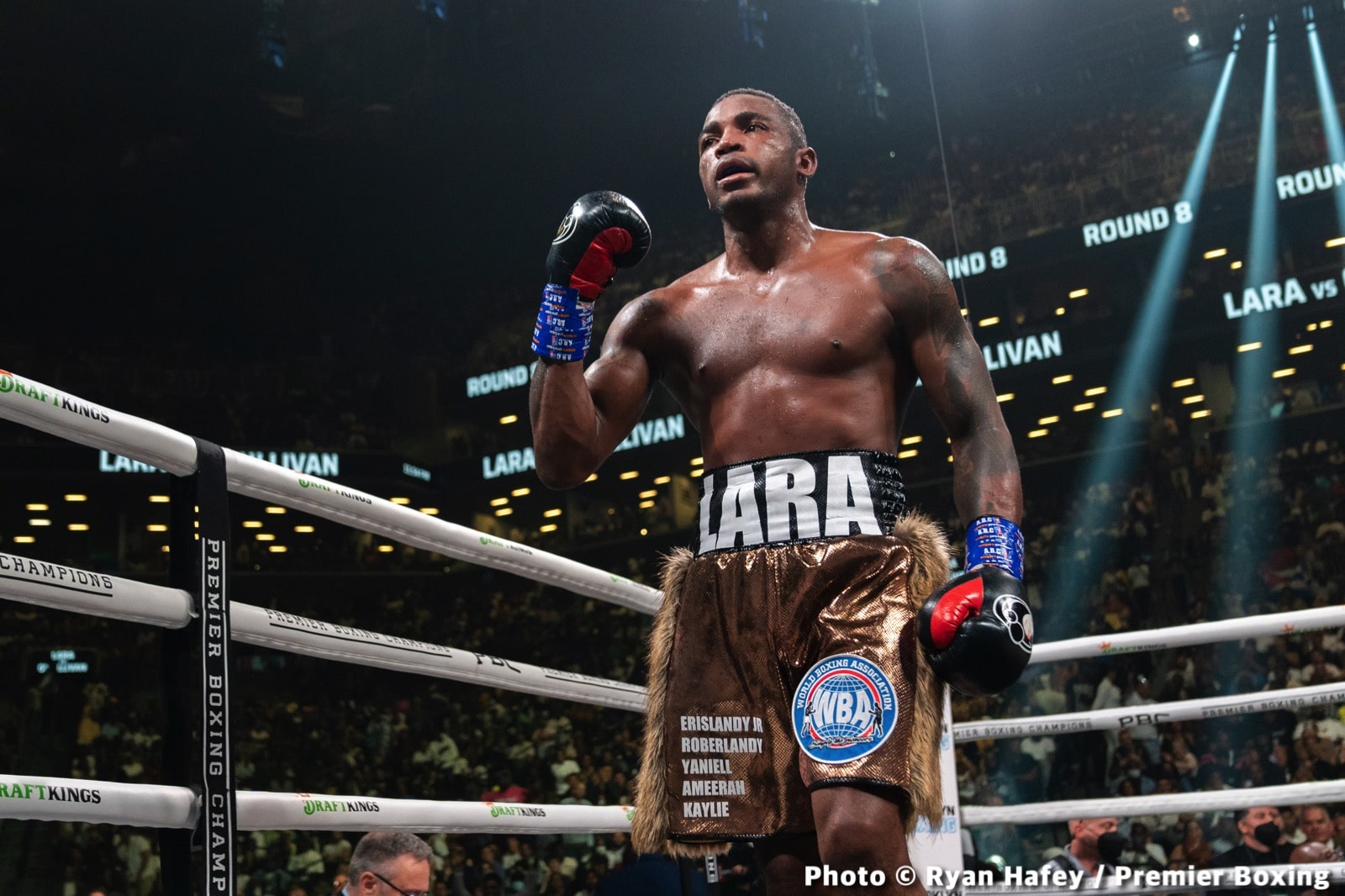 By Jim Volz: Gennadiy Golovkin will need to defend his WBA ‘Super World’ middleweight title against WBA ‘regular’ champion Erislandy Lara within 120 lbs after his fight against Canelo Alvarez if he wants to keep his belt with that organization.

Some boxing fans believe the 40-year-old Golovkin (42-1-1, 37 KOs) will choose to retire if he loses his fight against Canelo because that’s the last big money fight available to him.

All the other fights against guys at 160 and 168 won’t pay nearly as well for Golovkin, and it’s unclear whether DAZN will be willing to pay GGG top dollar if he continues fighting the obscure opposition’s been repeatedly facing since 2018.

A victory for Golovkin over undisputed super middleweight champion Canelo Alvarez on September 17th will leave GGG with a decision to make whether to hold onto the WBA 168-lb title with that organization or give it up so that he can keep his WBA 160-lb belt.

If Golovkin rejects the Lara (29-3-3, 17 KOs) fight, which is highly likely given the low reward, he’ll still have the IBF middleweight title in his possession.

It was a strange move by the World Boxing Association to sanction a fight between Lara and Lamanna for their WBA ‘regular 160-lb title rather than a better-known fighter. In Lara’s first defense, he stopped Gary ‘Spike’ O’Sullivan in the eighth round last May.

As old as Lara is right now, he’d be a step up for Golovkin from the opposition he has faced for the last four years.

You hate that Golovkin has been padding his record waiting for the Canelo payday, but it sure looks like that’s what he’s been doing.

The way Golovkin fought in his last fight against Ryota Murata in April, Lara would have an excellent chance of defeating him. Golovkin has lost a lot from his game since 2018, partly due to him fighting only once a year against weak opposition.

If Golovkin had stayed busy fighting high-caliber opposition, it would be a problem for him to face Lara after the Canelo match. Lara is a mover, and Golovkin seems to struggle against fighters that have good feet.

“In the case of @GGGBoxing, who will fight with @Canelo on 17/Sep,@WBABoxing tells you that you must make the mandatory defense before @Laraboxing in case of remaining in Medium weight after the contest, in a period not exceeding 120 days,” said Salvador Rodriguez of ESPN.