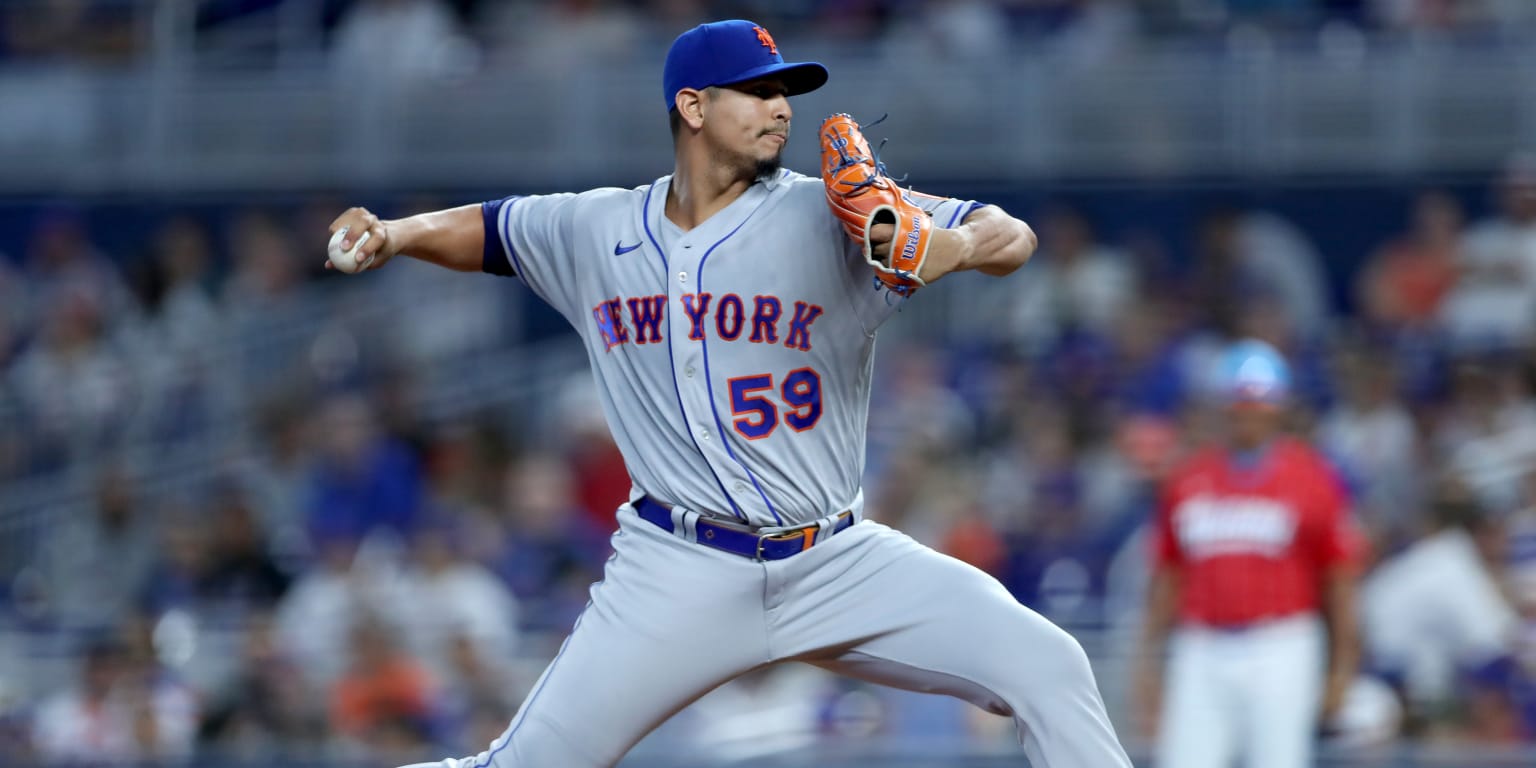 MIAMI — Of the realistic contenders in the National League, nearly all of them — the Braves, Phillies, Brewers, Cardinals and Dodgers, at least — have some need for starting pitching. In the American League, the Mariners just surrendered three of their top five prospects in a trade for a starter. The Yankees have already pivoted to the next-best available arm. The Blue Jays and Twins are seeking rotation help, too.

Then there are the Mets: one of only two or three contenders with little use for that market. Carlos Carrasco﻿’s 7 2/3 shutout innings in a 4-0 win over the Marlins on Saturday lowered the rotation’s ERA to 1.95 since July 3, which just so happens to be the week that Max Scherzer came off the injured list. Jacob deGrom is slated to return on Tuesday, which is also the date of the Trade Deadline. Chris Bassitt and Taijuan Walker have been steady — so much so that David Peterson just endured a demotion to Triple-A Syracuse despite his own solid season.

That’s not to say the Mets, who are seeking a right-handed bat and relief help at this year’s Deadline, have no needs. It’s just to note that starting pitching isn’t one of them.

At this time of year, that’s a rare luxury for any contender.

“We’re missing one guy, and hopefully he’s coming back,” Carrasco said, referencing deGrom. “I think it’s going to be great. We are pushing every five days. Every start, we’re going out there and pushing to win some games.”

Acquiring starting pitching midseason tends to be expensive. Few sellers exist, because if losing clubs had strong rotations, they probably wouldn’t be losing clubs. So when a pitcher such as Luis Castillo — who went from the Reds to the Mariners in that expensive five-player swap on Friday — becomes available, competition tends to be high.

The Mets fell victim to that exact situation last July, when they couldn’t match the prospect packages that the Blue Jays and Dodgers used to land José Berríos and Scherzer, respectively. New York’s lack of starting pitching depth ultimately hurt it down the stretch, as deGrom missed the entire second half due to injury.

So the Mets did something about their problems over the offseason, signing Scherzer to a record contract and trading for Bassitt. Such depth subsequently allowed them to weather the extended absences of Scherzer and deGrom, and now, for the first time, the Mets are about to be at full rotation strength.

Consider it excellent timing as the league barrels toward its Deadline.

“The pitching staff has done an outstanding job from Day One,” said shortstop Francisco Lindor, who notched his 68th and 69th RBIs on Saturday. “Whenever they go out there, they move the game quicker.”

For as good as he’s been, Carrasco isn’t even a lock to be part of the Mets’ postseason rotation, which is a conversation and a challenge for another day. For now, he remains a critical piece of the Mets’ starting five. Carrasco’s effort at loanDepot Park extended his scoreless streak to 18 2/3 innings, made him the eighth Venezuelan-born player to win 100 career games and allowed the Mets to cruise to an easy win behind homers from Lindor, Jeff McNeil and J.D. Davis. Carrasco finished the month of July with an 0.90 ERA.

“Guys like this,” Marlins manager Don Mattingly said, “he’s been around a while, this guy’s been good for a long time.”

The same can be said for most of Carrasco’s rotation-mates. So rather than compete with the Yankees and others on scant pitching inventory, Mets general manager Billy Eppler can spend the next few days talking to the Cubs about catcher Willson Contreras, or the Orioles about Trey Mancini, or even the Nationals about Juan Soto. He can ring up half the league in search of bullpen depth. Those types of acquisitions (with the exception of Soto, who remains more of a pipe dream) is all cheap compared to quality starting pitching.

For the Mets, it’s one less thing to worry about.

“We’ve played some good baseball and we’ve had our challenges,” manager Buck Showalter said. “But most of them have been inflicted by other teams, not necessarily self-inflicted. So that’s something I’ve been proud of.”