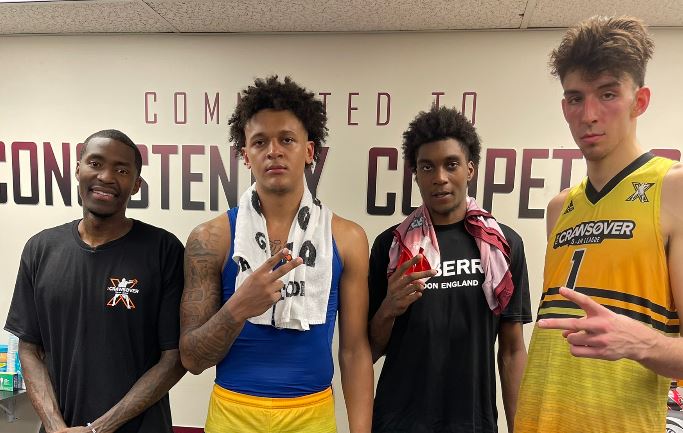 Paolo Banchero shows off his athleticism with a handful of vicious dunks on his way to 50 points in his hometown of Seattle.

The top two picks in the 2022 NBA Draft, Paolo Banchero and Chet Holmgren, teamed up Saturday in The CrawsOver, a pro-am league created by former NBA player Jamal Crawford based in Seattle.

The highlights were fast and furious, as Banchero finished with 50 points, eight rebounds and five assists while Holmgren had 34 points, 14 rebounds and seven blocks.

Jaden McDaniels of the Minnesota Timberwolves was equally impressive with 52 points, 11 rebounds and seven assists.

Here’s a look at the highlights from Saturday’s action:

Paolo Banchero WENT OFF for 50 PTS in his hometown of Seattle, WA at the @thecrawsover!

Chet Holmgren was DOMINANT in @thecrawsover as he and Paolo Banchero combined for 84 PTS!@ChetHolmgren: 34 PTS | 14 REB pic.twitter.com/B0sq3UKr8Q

Jaden McDaniels BALLED OUT in his hometown of Seattle dropping a game-high 52 POINTS in @thecrawsover!@Jmcdaniels7: 52 PTS, 11 REB pic.twitter.com/DgqB2caocN