Parker content at home with MLB career on hold 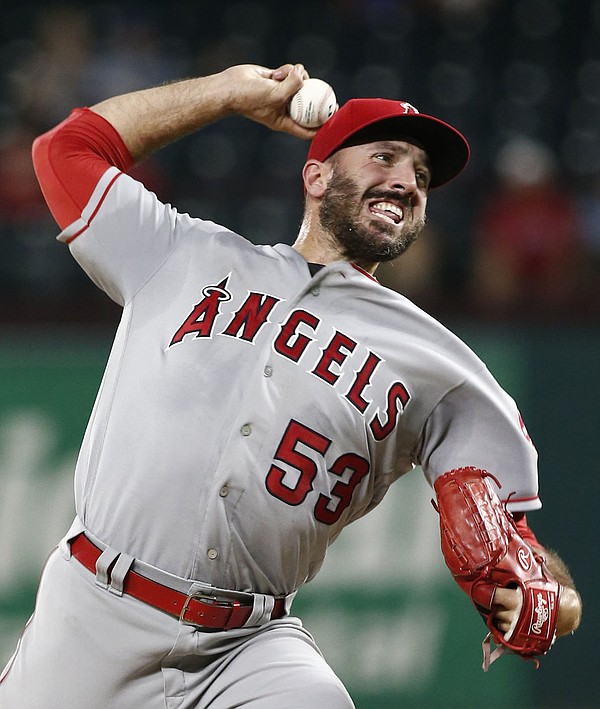 Blake Parker is back home in Fayetteville, but he may not be for long.

Parker is a free agent after opting out and being granted his release by the St. Louis Cardinals while pitching at Triple-A Memphis. Although Parker would certainly welcome another chance in baseball , he’s also content to remain in Fayetteville with his wife, Jordan, and their children, which includes three sons and a daughter.

“I still think I compete in the major leagues,” said Parker, who’s pitched for seven different teams since breaking in with the Chicago Cubs in 2012. “I’m still working out so I’ll be ready if something comes up. If not, then I’m OK with staying in Fayetteville, where I was born and raised, and spending precious time with my family.”

Parker, 37, has achieved a remarkable career regardless of whether or not he throws another pitch in the major leagues. He was a position player during three years at Arkansas and drafted as a catcher by the Chicago Cubs in the 16th round of the First-Year Player draft in 2006. Parker displayed some power and even made an All-Star team during his rookie season in the Cubs organization when something happened his didn’t expect.

He was asked to drop the shin guards and face mask and move to the mound.

“My dream was always to one day play in the major leagues and I was willing to do whatever it takes,” said Parker, who played third base, right field, and catcher for the Razorbacks. “So, I was open-minded to a position change. I was on board with it and ready to go without any doubts or reservations. It was the best move of my career, no doubt.”

The move added longevity to his career after moving from behind the plate, where there is a lot of wear and tear on the body. Parker pitched in more than 250 games in minor league games before he made his major league debut with Chicago on May 17, 2012, when he pitched 1 1/3 scoreless innings against the Philadelphia Phillies.

His stats to date include 350 appearances on the mound, where he has a 16-11 record with 34 saves and a 3.47 ERA while wearing the uniform of seven different teams during nine years in the major leagues. One of those stops was with the New York Yankees where Andrew Benintendi, another former Razorback, was traded last week from Kansas City.

“The expectations with Yankees fans are through the roof but it’s similar to Boston, where Andrew played,” Parker said. “My advice to Andrew would be to ‘just be yourself.’ He can handle.”

Even after making his major league debut in 2012, Parker spent time shuffling between Chicago and the Cubs’ Triple-A affiliation in Des Moines, Iowa. Parker was released by Chicago after season-ending surgery to his elbow in 2015 but the 6-foot-3 right-handed surfaced again the next season in the major leagues with brief stops in Seattle and New York.

Parker had a breakout season in 2017 after the Los Angeles Angels claimed him off waivers from the Yankees. Already accustomed to the ups and downs of professional baseball, Parker lived in a RV near the stadium in Anaheim, Calif. until he was sure he had made the team.

Parker was a major contributor out of the bullpen for the Angels in 2017 when he pitched in 71 games, won 3 and lost 3 with 8 saves and a 2.54 ERA. Parker earned 14 saves the next season while pitching in 67 games but he was on the move again being left unprotected by the Angels.

That led to pit stops in Minnesota, Philadelphia, and Cleveland before signing a minor league contract in March with St. Louis.

“I’ve seen it all,” Parker said. “When I was pitching well or pitching bad.”

Parker’s experience at all levels of professional baseball makes him a prime candidate for what he’s always wanted to do — and that’s to become a coach. He has a tremendous story to tell, one that will surely inspire any young athlete with dreams of becoming a major league ballplayer.

Parker did it, against all odds.