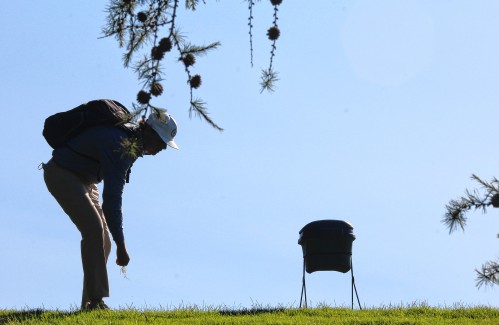 QUCHEE — Golfers want their shots to sail straight and true, but Zach Temple’s path within the sport appears to have taken a sharp turn for the better.

Temple, a 27-year-old assistant golf professional at the Quechee Club who played for Hartford High and Castleton University, will become a sport-specific personal fitness trainer and a Titleist Performance Institute-certified instructor later this year.

Temple discovered a love for that aspect of the game in March, when he designed two six-week golf fitness classes. He and club management were startled at how quickly they filled up. TPI bills itself as “the largest collection of golf, fitness and swing advice on the internet” and “the world’s leading educational organization dedicated to the study of how the human body functions in relation to the golf swing.”

The organization’s website says there are 19,000 TPI instructors in 63 countries, but Temple said he’s the only one he knows of in a 75-mile radius. He said the career shift will give him more balanced work hours throughout the year, as opposed to annually facing what’s known as the “100-day war,” when golfers flood courses and strain club resources during June, July and August.

“You spend more time with your co-workers than your family during that time, but it’s the nature of the beast and what you sign up for,” said Temple, who began working in golf during high school, helping at a driving range and running bags at Hanover Country Club. “It’s great to be around golf, but you can wind up working 15- and 16-hour days. It’s a lot.”

Temple has played only three personal 18-hole rounds this summer. The switch to golf’s fitness side will hopefully allow him to again compete in tournament play. He’s applied to regain his amateur status, which he expects will happen late this year.

By that time, Temple’s offerings should be fully available to the Quechee Club’s 1,500 members and their children. He’s hoping to also institute junior-level fitness instruction and has the use of not only the club’s gym and weight room, but a number of other open spaces that can be utilized for classes.

“COVID brought people back to golf, because it was perfect outdoor exercise for that situation,” Temple said. “But we also looked at member surveys, and the fitness department is the most used at the club year-round. The golf courses up here are only available for seven months.”

After two years coaching the Hanover High golf team, Temple resigned from that job earlier this year when he was given additional management duties at the Quechee Club but before he realized his passion for teaching strength, conditioning and fitness. The Bears have won 20 NHIAA state title and finished second five times, but finished ninth in Division I each of the last two seasons.

Patrick Pelletier, a 2006 Lebanon High graduate and an amateur golfer of regional renown, has been hired to take over Hanover’s program. Athletic director Megan Sobel said it’s shrunk during her four years on the job.

“Fewer kids are playing,” said Sobel, who, along with Temple, believes Hanover Country Club’s closing is the primary cause. “When I got here, we had numbers in the 20s, and now we’re lucky to have 10 on the roster.”

Temple said he may well return to coaching once his new endeavor shakes out. However, at the local high school level, the sport’s long rounds and bus rides make coaching a difficult fit with 9-to-5 work.

Another difficult piece of the puzzle for Hanover is finding a home course. Hanover Country’s Club’s demise and Temple’s Quechee Club employment meant the latter’s management was amenable to the Bears using its turf. However, as traffic on the courses has risen the past couple of years, that stance changed.

Temple explained that Hartford High and Mid Vermont Christian School were already using Quechee Club before Hanover arrived and that the club’s management decided the squeeze was just too much. Sobel said Hanover will try to use a patchwork of times at local courses, including Lake Morey Country Club and Montcalm Golf Club to practice and host home matches.

Temple, whose club employs three Hanover players in the bag room and on the driving range, will be rooting for the Bears, even as his life choice take him in a different direction.

“I love coaching kids, but I’m following my heart,” he said. “Maybe I can do both down the road.”

Tris Wykes can be reached at twykes@vnews.com.