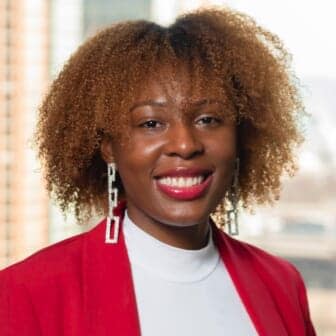 After the controversial phrase ‘Let’s go, Brandon!’ proved inspiring to a boy with autism, a friendship and book were born.

A Black family from Minnesota and an embattled NASCAR driver have formed an unlikely friendship, thanks to a phrase more associated with dividing than uniting.

“The breakthrough that my child [had with] his autism journey would never have happened had he not seen that ‘Let’s go, Brandon’ [flag],” Sheletta Brundidge, a children’s book author and mother of 9-year-old Brandon Brundidge told LocalNow in an interview after her family had an unexpected experience at a NASCAR event. “He said ‘Mom, this whole RV park is full of fans. They all are cheering for me. They support me. They love me here.’”

After her previous two bestselling books, Daniel Finds His Voice and Cameron Goes to School, featuring two of her other children who also were born with autism, it was Brandon’s turn. However, it wasn’t until that moment in the RV lot where Brandon spotted the flag that bolstered his confidence that Brundidge knew what his story would be about—and in March, Brandon Spots His Sign became the latest release in her popular “These Brundidge Babies” series.

The phrase “Let’s go, Brandon” ironically connects Brandon to a controversy surrounding a NASCAR driver with the same first name. Brandon Brown’s October 2021 win at the Talladega Superspeedway infamously gave birth to the refrain when a crowd chanting its disapproval of President Biden overshadowed Brown during his post-race interview—in which the interviewer confused the expletive-laden chant with “Let’s go, Brandon.” As the phrase became associated with divisiveness and was increasingly appropriated by conservatives as an anti-Biden pejorative, it negatively impacted Brown’s career, sabotaging several potential sponsorship deals. The driver was understandably discouraged; that is, until he heard about the boy who’d personally benefited from the mixup.

“I wanted to get to know the Brandon that was inspired by everything that happened and inspired me,” Brown said in his own interview with LocalNow. “It was finally a positive light and a positive change, and what we needed.”

A phrase that had come to symbolize divisiveness united this unlikely pair. After Brandon Spots His Sign caught the eye of Brown’s team, the Brundidge family was invited to a race at Road America for the experience of a lifetime. Brandon was given a driver’s suit and walked with Brown across the stage during the driver’s introductions. Now, the duo wears matching autism awareness-inspired necklaces and talks often.

“It was a beautiful thing to see,” Brundidge said in an interview with LocalNow. “As a parent of a special needs child, you worry and pray about them finding good friends and finding a good support system … and I worry about that a little less because Brandon Brown is in his life now.”

Watch the full LocalNow video above.

Kayla Grant is a multimedia journalist with bylines in Business Insider, Shondaland, Oz Magazine, Prism, Rolling Out, and more. She writes about culture, books and entertainment news. Follow her on Twitter: @TheKaylaGrant.