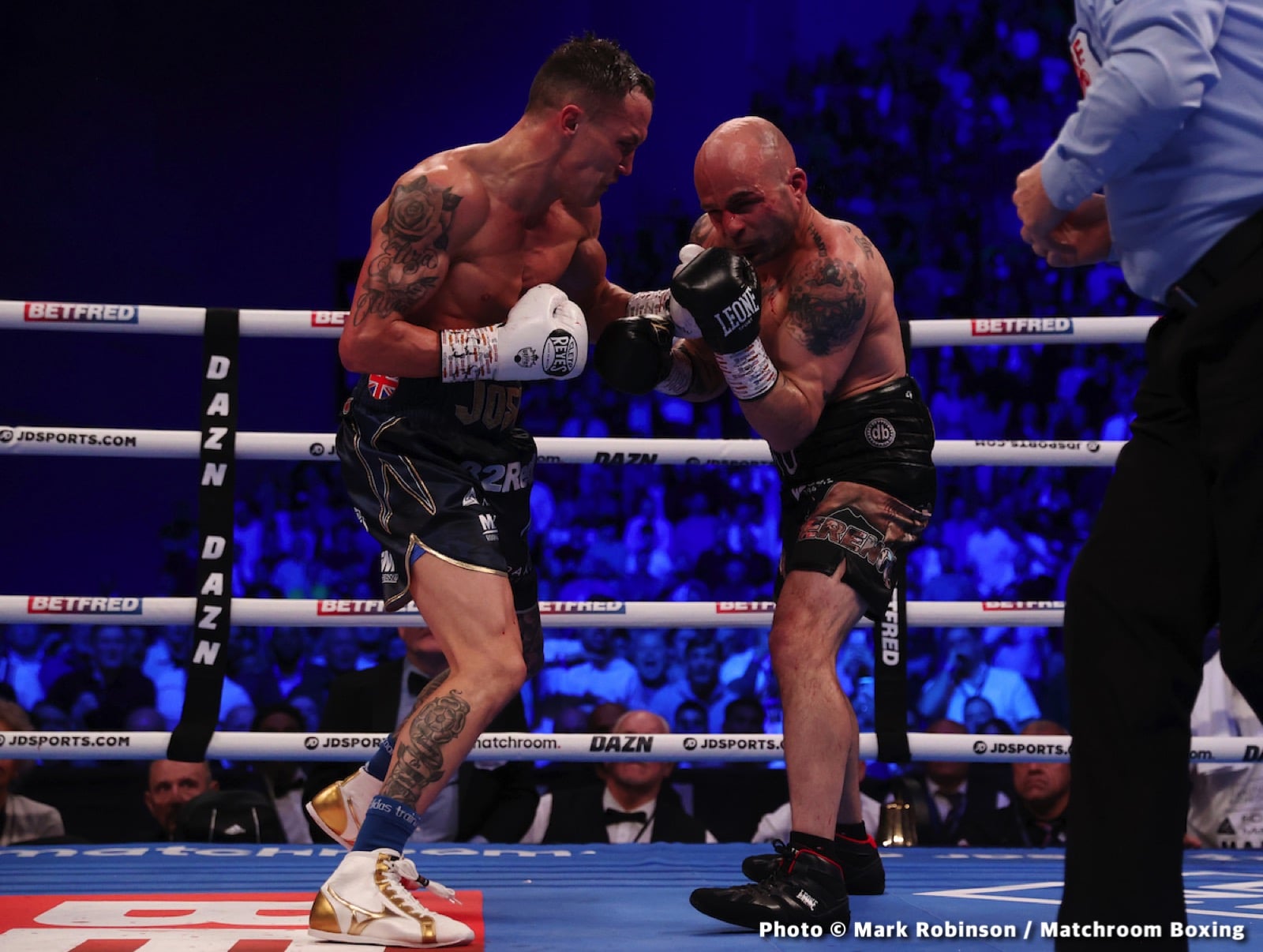 By Charles Brun: Promoter Eddie Hearn says Josh Warrington will be making a mandatory defense of his IBF featherweight title against #1 mandatory Luis Alberto Lopez next in October or November.

Hearn says he would like to set up a fight between Warrington and WBA champion Leigh Wood as another option now that they’ve turned down the 75/25 split for the fight against WBA Super World featherweight champion Leo Santa Cruz.

Warrington, 31, did an excellent job of presenting a second knockout loss to Mauricio Lara last September at Emerald Headingley Stadium in Leeds, England.

The fight was ruled a technical draw after Warrington head-butted Lara repeatedly to open a cut that promoted the contest being halted after two rounds.

Although Lara appeared to have won both rounds, the judges scored it a draw, saving the hometown boy Warrington from a second consecutive loss to the powerful 24-year-old Lara, nicknamed ‘Bronco.’

Warrington had been knocked out in the ninth round in their first fight in February 2021. Lara literally wiped the deck with Warrington, dropping him like a bad habit.

Warrington looked so badly overmatched that it wasn’t fun. As such, it wasn’t a huge shock to see Josh looking like a wild billy goat inside the ring against Lara in the rematch.

It looked clear to many boxing fans that Warrington’s goal was to have the fight end by a technical decision to help him avoid another stoppage loss to the powerful Mexican Lara.

It’s sad the fight had to end that way, and even worse that Warrington didn’t offer Lara a trilogy match to make up for it.

Hearn says Warrington’s fight will be in October or November. On paper, Luis Alberto Lopez defeats Warrington without any problems, but given his tendency to lead with his head, there’s an excellent chance the fight ends on a technical decision, with Josh getting a questionable win.

The 28-year-old Mexico native Lopez has wins over the following fighters: