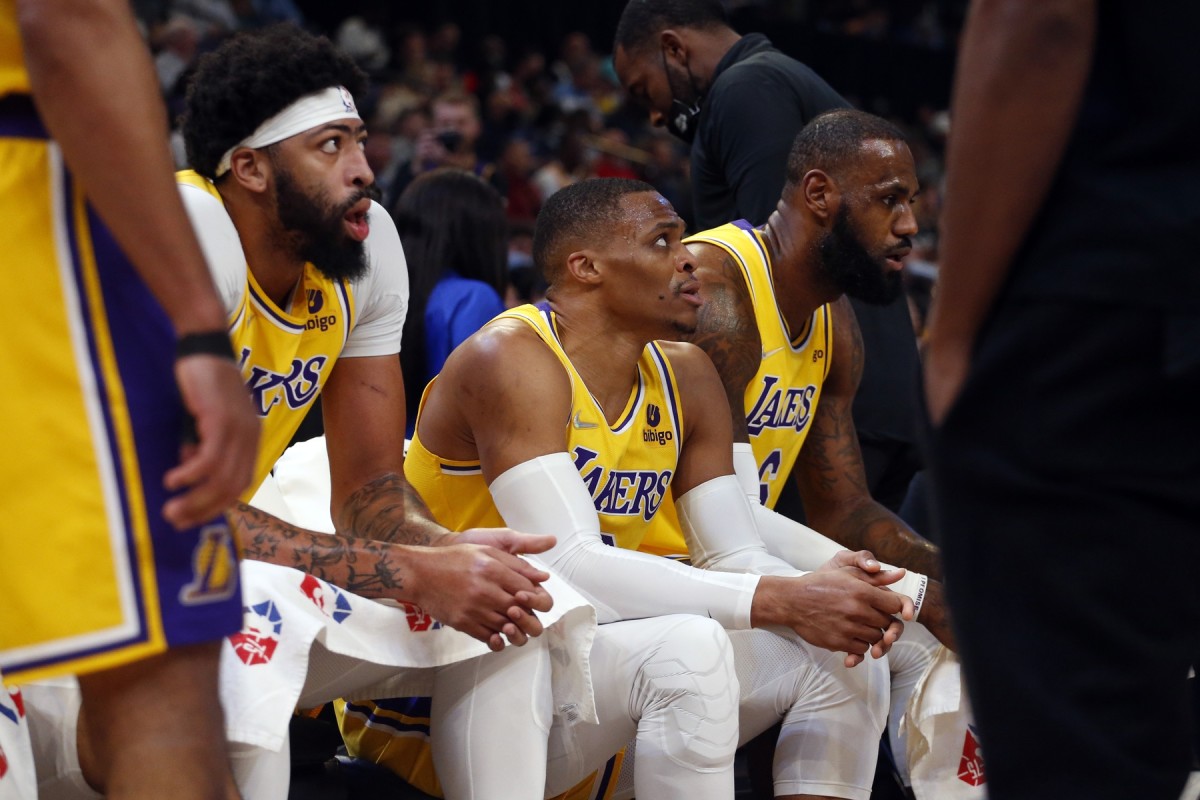 The Lakers haven’t made any changes to the top of the roster, but made some major adjustments to the rest of the roster. Safe to say, the cadre of veterans the Lakers signed last summer to round out the roster headlined by Anthony Davis, Russell Westbrook, and LeBron James, were an abject failure.

In free agency, the Lakers signed a quintet of younger players: Juan Toscano-Anderson, Damian Jones, Lonnie Walker IV, Troy Brown Jr., and Thomas Bryant. None of them are All-Stars, but as a group, should be remarkably better than the likes of DeAndre Jordan, Kent Bazemore, Dwight Howard, Rajon Rondo, and Avery Bradley. The proof in the pudding is that all five players still haven’t been signed this summer.

In his most recent rendition of NBA power rankings, The Athletic’s Zach Harper slotted the Lakers in at No. 18, as part of his “Play-In Tournament Teams” section.

“Did this team get better? I have no idea, honestly, because they shouldn’t have been that bad last season. I know that’s not a satisfactory answer, but what do you even do with this Los Angeles Lakers squad? Darvin Ham is the big move here. It proves whether or not Frank Vogel can be the scapegoat for last season. I don’t think Russell Westbrook is going anywhere, so the Lakers have to figure out how to do what’s needed to win games. They didn’t do that last season. The defense was terrible.”

Harper reminded Lakers fans that for the fourth-straight season, LA’s success or failure this season will boil down to the health of the two superstars.

“It will all rest on LeBron James and Anthony Davis being healthy. Walker, Brown and Bryant are good pickups, but are they definitely better than the talent headed out the door in free agency? Hopefully, they’re more cohesive.”

The Lakers are an enigma for Harper, and hopefully LA has the answers this coming season.