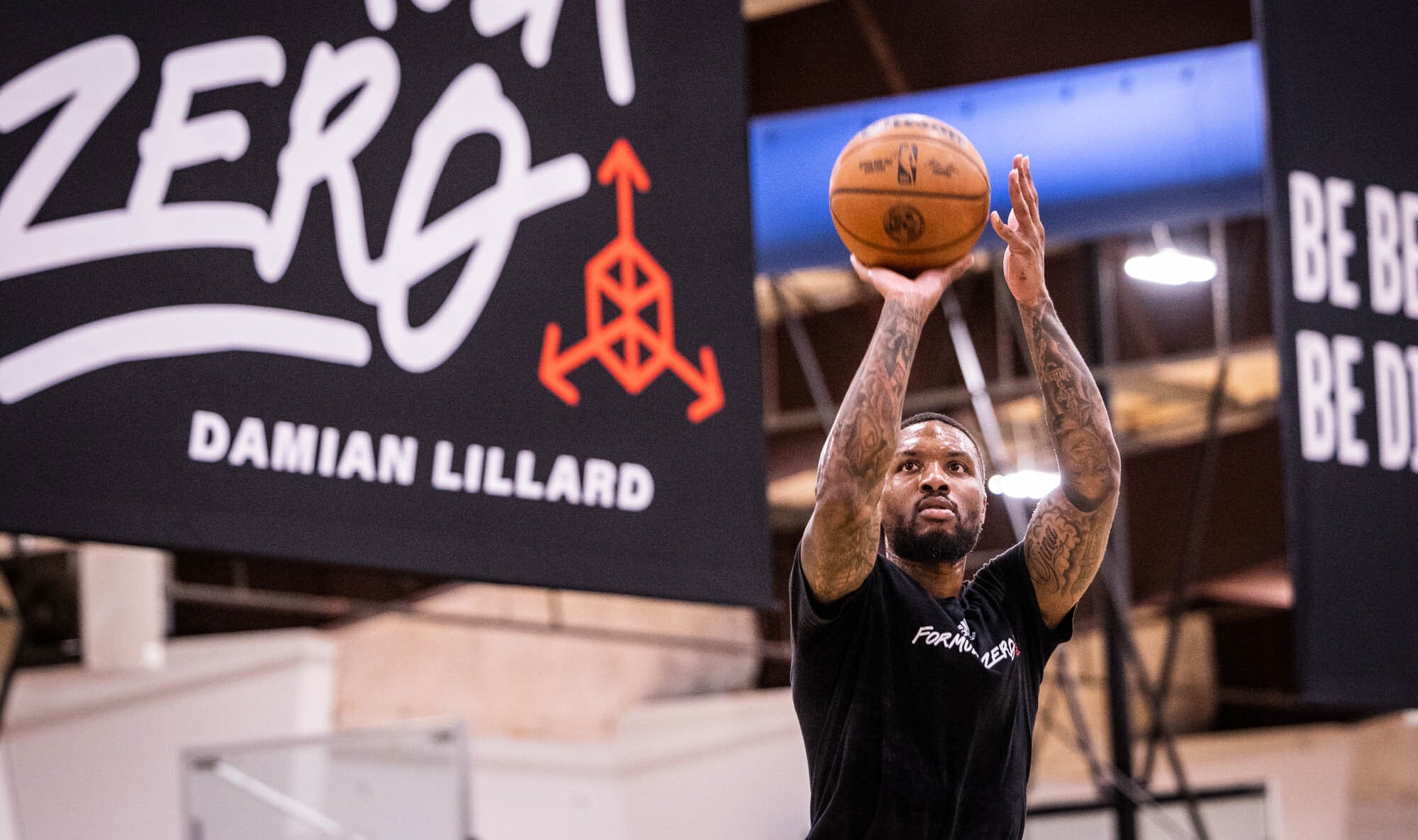 Damian Lillard has things pretty well figured out, and now he’s trying to impart what he’s learned upon the next generation.

Last week, Lillard, his longtime trainer Phil Beckner and a host of current and former teammates, coaches and trainers who all helped the 6-3 guard on his journey from little-known high school player out of Oakland into an NBA All-Star, hosted a group of high school and college players at the first “Formula Zero” camp in Beaverton.

But unlike most camps, the primary goal of “Formula Zero” isn’t to make players better at basketball — at least not from a skills perspective — but better people. More and more, Lillard finds himself wondering if the next generation is ready to find success, not just in basketball, but in life, so he along with Beckner came up with “Formula Zero” to address some of those issues.

“I’ve seen interviews from kids in high school where somebody’s asking them like ‘What team would you want to play for?’ and they like ‘I want to go to a good situation where the ball is in my hands,’” said Lillard. “I would have never said that as a kid, I would have said ‘I want to win a national championship.’ It’s just different, and this camp is about changing that type of thought process. It’s no humility, it’s a lot of fake humility where people know how to play the role but they don’t have people around them that’s showing them how to be and how to handle stuff so that it’s just natural, it’s what they think. It’s what they think and feel so they don’t have to pretend.”

So in a world that increasingly incentivizes self-promotion, siloing, performative humility and taking the path of least resistance, Lillard and the “Formula Zero” crew want to prepare players for what happens when talent alone isn’t enough, both in basketball and life.

“All these people hanging on to them, wanting this, kissing they ass and putting them in a position where they feel entitled,” said Lillard when explaining the origins of the “Formula Zero” camp. “They mentality is messed up about what it’s going to be and having to earn stuff and having to work, taking criticism, listening and being coachable and stuff like that. It puts them in a position to where those things, it lets them down when they get in a professional environment and their talent can’t get them through.”

While he’s certainly not the only player from an unheralded background who went on to do great things in the NBA, Lillard considers himself a template for how character, hard work and accountability can allow someone with less talent to surpass those with more, both on and off the court.

“I want to help these kids that — a lot of them, they ranked, they got all these followers on Instagram — I want to help them have the stuff that is not just a talent, it’s not given to them,” said Lillard. “I’m not the most talented — I’m 6-2, I don’t jump out the gym, there’s more talented, there’s gifted players out there — but it would be hard for y’all to find somebody that’s sharper and more disciplined than me mentally and someone who is tougher and sharper and better and more compassionate than me in they heart. That’s stuff that has been put into me my whole life that people encouraged. That’s all a part of this camp.”

And the camp is just the beginning, as Lillard, Beckner and the “Formula Zero” staffers will continue to provide year-round mentorship. Some of those players will surely go on to have successful careers in college, and a few might even join Lillard one day in the NBA, though the goal of “Formula Zero” is to prepare those young men for what’s next, regardless of if it’s at home, in the broader workforce or on the court.

“These same people have done this with so many other kids that just went on to be good people and have good jobs and a good life because they have those same values and those same principles,” said Lillard. “If I can get all those people and myself to pass that along to these kids now while they in 10th grade, 11th grade, 12th grade, starting college and that gives them a better chance going forward, then why not do it? That’s what we’re here for.”