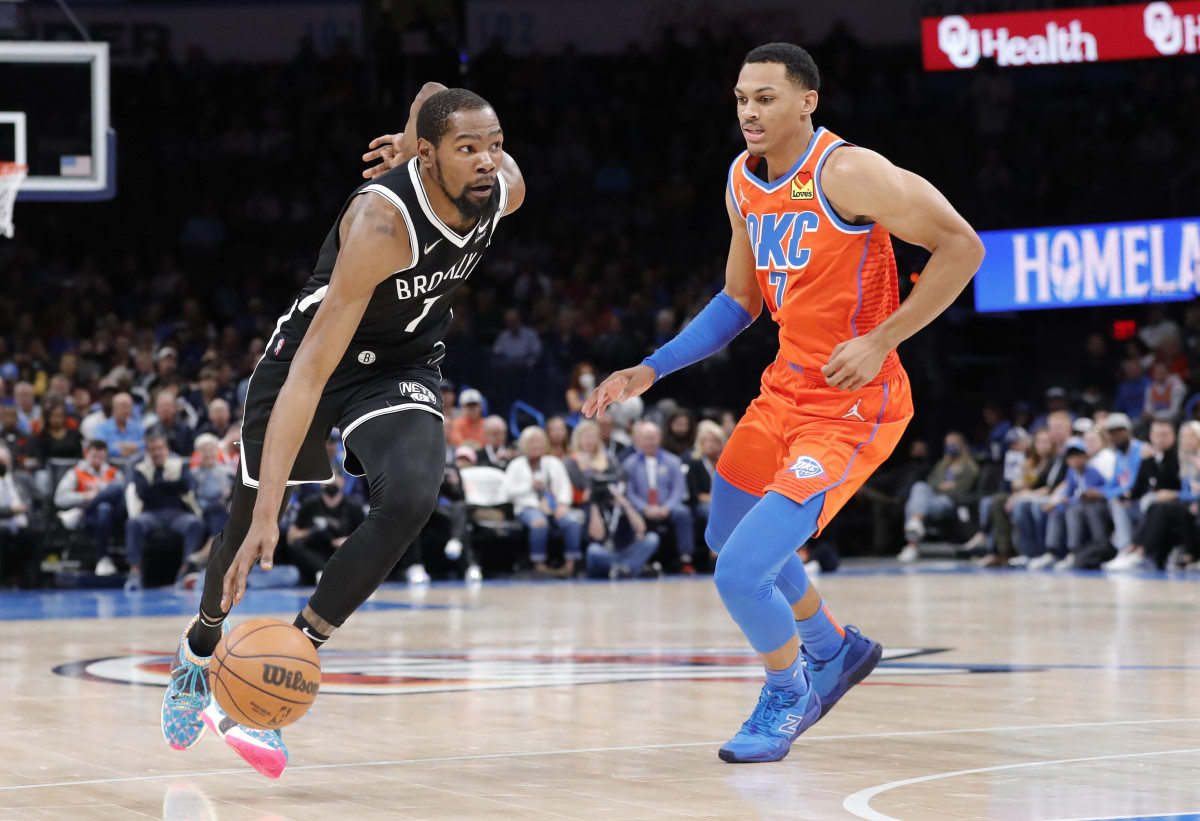 It’s certainly no secret Kevin Durant wants out of Brooklyn, and one of the only teams in the league with the assets to make it happen just happens to be his former squad, the Golden State Warriors.

A deal for the disgruntled Durant isn’t likely to go down anytime soon, but there’s several moving parts to a potential deal that can be highlighted now.

With a plethora of various draft picks acquired over the past few seasons, Sam Presti and the Thunder are always on watch to potentially help facilitate any three-team deals that need the extra push.

The Warriors have a great young core of players, and Presti could have his eye on one in particular. With Chet Holmgren, who will likely play a hybrid forward role, the Thunder are still in need of a true center, and James Wiseman could catch Presti’s eye as a potential center of the future.

This is all dependent on both the Nets and Thunder general manager Sam Presti’s gauge of Wiseman and his future value as a starter center in the NBA.

Wiseman showed enough potential upside to land at No. 2 in the 2022 NBA Draft, but he hasn’t exactly been the picture of consistency since. Brooklyn could value Wiseman, but with picked shipped out in the James Harden trade, Sean Marks and the Nets may be looking into asset acquisition-mode. And current Thunder picks are valuable.

If the Nets aren’t looking to acquire Wiseman and would rather go into a full-fledged, start from scratch rebuild, or picks to acquire win-now stars by other means, OKC is in business.

The Warriors of course would leave with one of the premier players in the NBA, the Thunder add onto their growing young core, and the Nets acquire one of the largest hauls of assets ever known to man.

Here’s a look at what a potential 3-team deal for Kevin Durant could look like:

Want to join the discussion? Like SI Thunder on Facebook and follow us on Twitter to stay up to date on all the latest Thunder news. You can also meet the team behind the coverage.