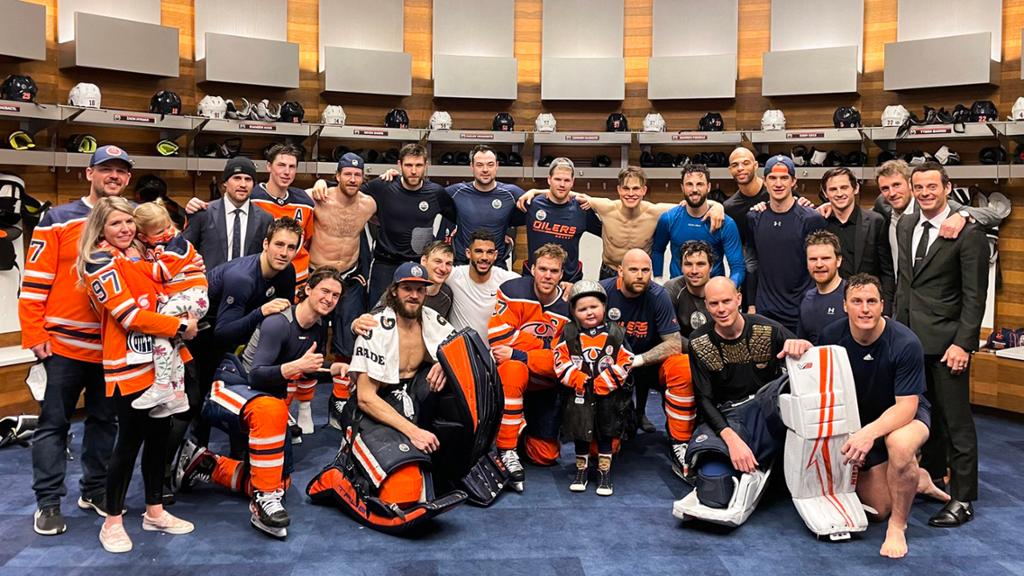 The Edmonton Oilers Hockey Club is mourning the passing of our dear friend, number one fan, good luck charm and inspiration, Ben Stelter.

Ben came into all of our lives at a time when we needed some hope and inspiration. Although small in stature, Ben’s impact on our team and community was massive.

Tweet from @m_dan25: The world lost the most special boy and an absolute hero last night. Ben, you were the best son we could ever hope for and you were my best bud ever. Your sisters were so lucky to have you as such a sweet brother. You fought so long and hard and beat so many odds. pic.twitter.com/HWibnZKOxC

At a time when he was going through his own struggles with his illness, he and his family gave us their time and their friendship, allowing to get to know Ben and be touched by his charm, his courage and his infectious giggle. He was such a huge part of what made last season so special to all of us and forever more we will “Play La Bamba” in his memory.

We extend our sincere condolences to Mike, Lea, Emmy, Dylan and the entire Stelter family.

We thank you for allowing us to share this last year with Ben and you will forever be a part of the Oilers family. Rest in peace, Ben.

Video: AROUND THE RINK | Ben