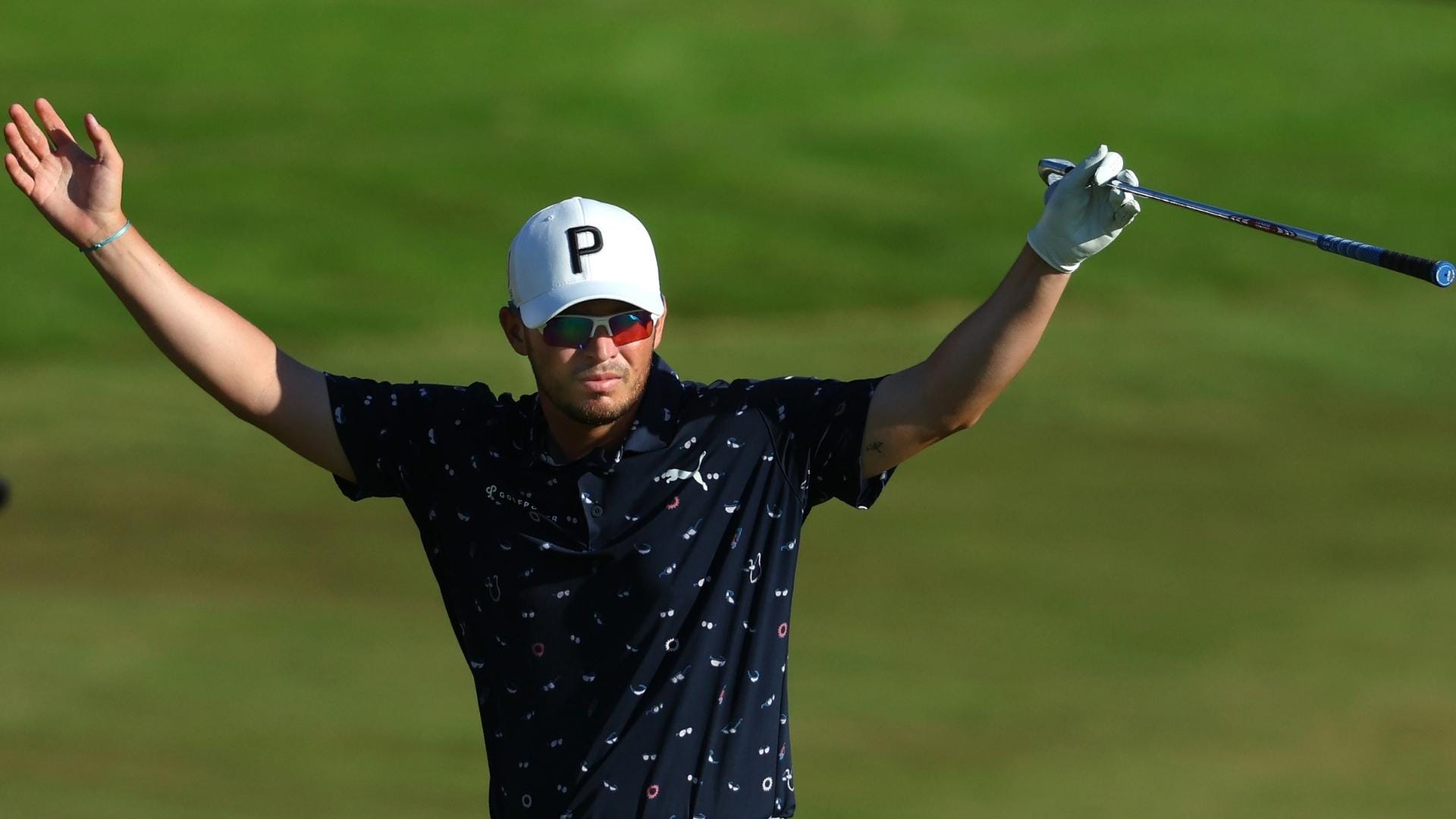 BALLYMENA, Northern Ireland — Scotland’s Ewen Ferguson set the course record at Galgorm Castle Golf Club with a 9-under 61 to open with a four-shot lead after the first round of the ISPS Handa World Invitational on Thursday.

Ferguson chipped in for eagle on the 10th and 18th and added five birdies in his flawless opening day at Galgorm Castle, one of two courses used for the event that features men’s and women’s tournaments taking place simultaneously.

Richard Bland of England, Felix Palson of Sweden and Spain’s Borja Virto were all five under par.

Bland, at No. 77, is the only player from the top 100 in the world ranking in the field. He has been playing LIV Golf events since the start of the series in June.

Ferguson broke the previous course record by one shot, describing it as a “pretty nice” feat.

The tournament is tri-sanctioned with the Ladies European Tour and the LPGA Tour. The men and women play from different tees and compete separately, with two equal prize funds of $1.5 million each.

Players will complete 18 holes at Galgorm Castle and 18 at Massereene Golf Club before a halfway cut — to the top 60 and ties — is made in each tournament, with a further cut after 54 holes to the top 35 players and ties.

Amanda Doherty of the United States led the women’s tournament after a 6-under 67 that included seven birdies and a single bogey at Galgorm Castle.

The 24-year-old Doherty was one shot ahead of a four-strong group that included Ireland’s Leona Maguire and England’s Georgia Hall. American Lauren Coughlin and Dane Emily Kristine Pedersen were also a shot back after their rounds at Massereene.

“I was really just trying to stay in the moment today,” Doherty said. “I feel like I was just kind of in that mindset starting the day. I stayed there and I stayed patient. I know it’s kind of cliche, but it works. I was hitting the ball well. I made a couple good putts and there were some reachable par-5s, so just kind of came together.”

Maguire is the highest-ranked player in the field at No. 17 in the women’s world ranking.