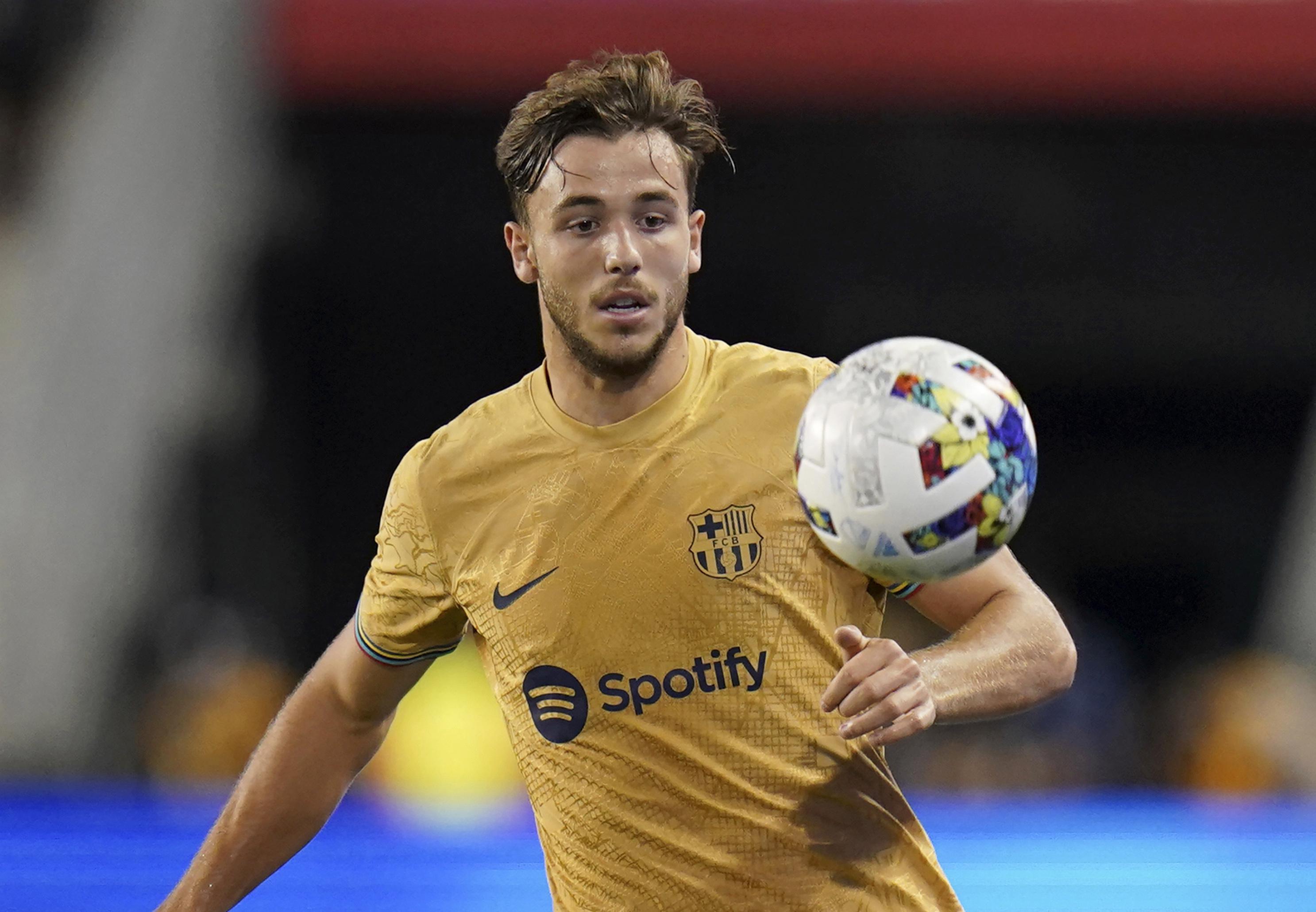 BARCELONA, Spain (AP) — Barcelona said Saturday that Nico González has agreed to a contract extension, but that the promising midfielder will play this season on loan at Valencia as he seeks ensured playing time.

The 20-year-old Nico agreed to add two years to his contract and is now linked to Barcelona through 2026 with a new buyout clause of 1 billion euros ($1 billion).

Nico enjoyed a breakout at the start of last season under former coach Ronald Koeman, but his playing time dried up after Xavi Hernández took over as coach midway through the campaign.

Xavi said on Friday that he had wanted Nico to stay, but the player had requested a loan move so that he could play more.

Nico’s departure to Valencia leaves Xavi without the player that should be the long-term replacement for veteran holding midfielder Sergio Busquets.

Barcelona said that the one-season loan deal does not include a purchase option for Valencia.