Georgia Hall On The Cusp Of Another Breakout | LPGA 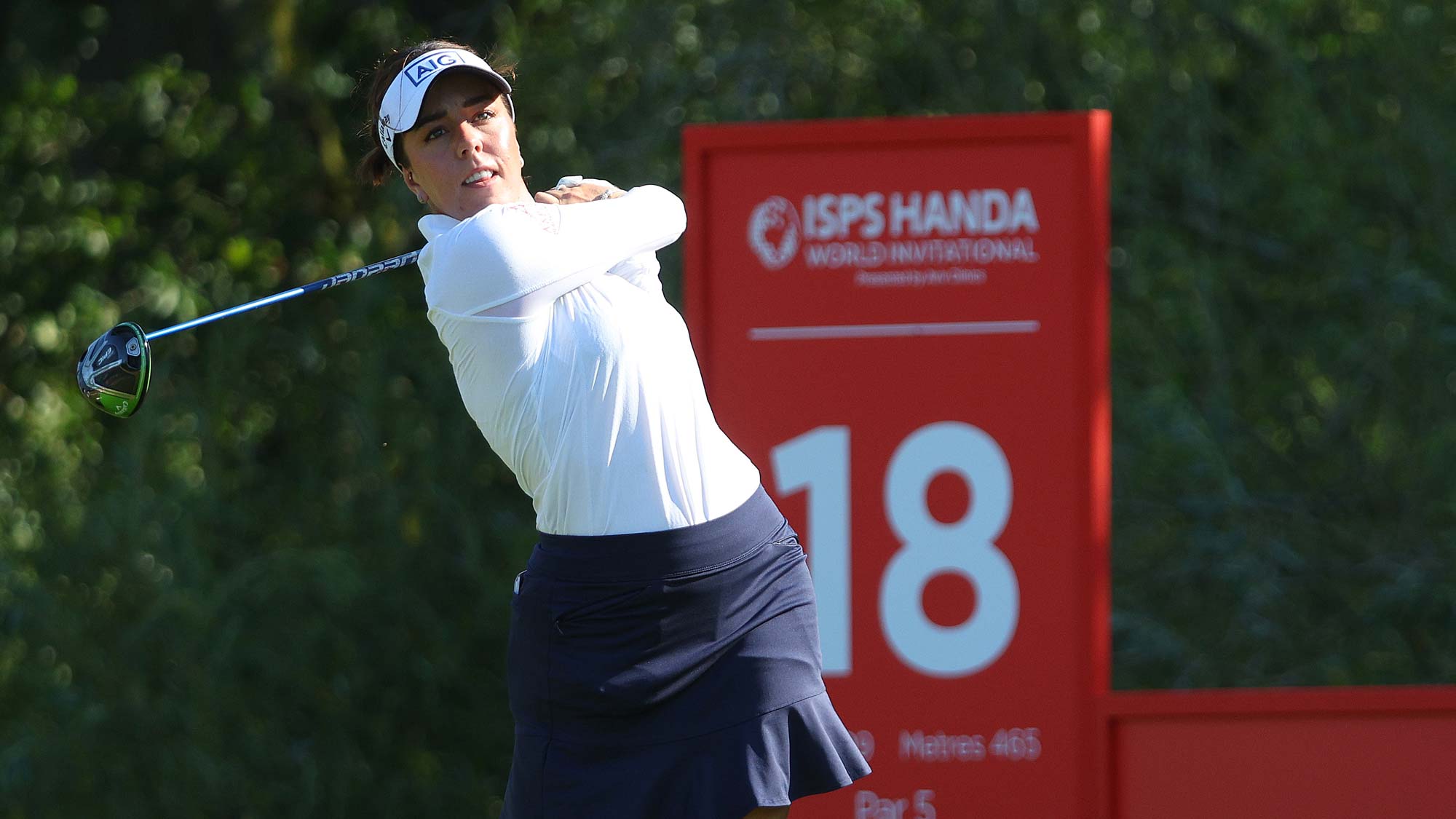 Her swing looks better than ever, crisp and connected, with the kind of “thump” at impact that players long to hear. Even when Georgia Hall won her lone major championship, the 2018 AIG Women’s Open at Royal Lytham and St. Annes, her ball striking didn’t look as good as it has the last few weeks.

That is one of the reasons that Hall sits just one shot off the lead going into the final round of the ISPS Handa World Invitational presented by AVIV Clinics. A 3-under par 70 on Saturday moved Hall to 11-under par, tied with Peiyun Chien, a shot behind third-round leader and LPGA Tour rookie Amanda Doherty.

Just to illustrate how well she’s swinging; Hall wasn’t all that pleased with her round on Saturday. “I mean, I think a little bit disappointed, to be honest, in my round,” the 26-year-old Englishwoman said. “I had a really sure front nine. I was very happy with that. And then the back nine was really slow for me. Didn’t really get anything going. Missed a couple of putts. But, I mean, it was a great birdie on the last (to shoot 3 under) and it gives me a chance for tomorrow.”

More than a chance if you look at the rest of the leaderboard. Of the players in the top 15 going into the final round, only two have ever won on the LPGA Tour: Lee-Anne Pace and Hall. Only one player in the top 20 has more than one win on the LPGA Tour, including a major. That would be Hall.

Throw in how well she’s hitting it, and if you were inclined to pick favorites, you’d be hard pressed not to put Hall at the top.

Typical of her ball-striking was the tap-in eagle she posted on the par-5 9th on Saturday.

“I had a pretty good yardage into the hole, 220 or something, and hit 4-iron,” she said to the astonishment of those who heard her. For starters, how many players in the women’s game carry a 4-iron? Not many. And of those who do, a miniscule number pull it out from 220 yards. But Hall shrugged as if it was nothing. “I just used the bank (and) the ball rolled back to the hole,” she said. “It was pretty much a tap-in. I mean, that’s kind of the easiest eagle I could have had.”

It’s not a swing you would teach – rounder than most with the kind of cut-off finish born of playing a lot of golf in the wind – but Hall’s move is so technically sound, with a head so still you could put an hors d’oeuvre tray on it, that the only way something can go wrong is if she gets too greedy and tries to attack a well-fortified pin.

And it turns out, being a tic too aggressive was what kept her third round from being even better than it was.

“Back nine, the par-3s today, the pin positions were really tough and playing quite long,” she said. “The wind got up a little bit, so I think it’s a little bit harder on the back nine.

“But still think I should have played a little bit better than (3-under par). Just need to do some practice now and get ready for tomorrow.”

This is Hall’s fourth event in a row going back to the Amundi Evian Championship. But far from being exhausted, her game has only gotten better with each passing round. Now she is right where she wants to be, in the hunt and on the prowl with 18 holes remaining.