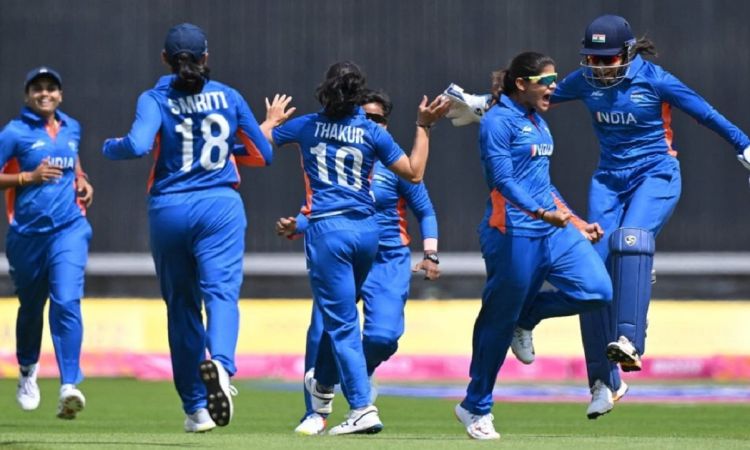 The debut of womens T20 cricket at the Commonwealth Games in Birmingham had all the ingredients for why it could lead to the games entry into the Olympics, especially in the 2028 edition at Los Angeles, 128 years after it featured for the first and last time — albeit only for men — in an Olmpics at Paris 1900.

Cut to the present, and with the Edgbaston crowd treated to enthralling cricketing action which concluded in Australia taking the gold medal, it could well be the time which could push cricket’s entry into the Olympics arena.

With the International Cricket Council (ICC) invited to give a presentation on the sport’s inclusion, the rollicking action which happened from July 29 to August 7 in the Commonwealth Games will be very fresh in the minds of the observers on what cricket can bring to a multi-sport event.

“It has been a fantastic ten days of competition at Edgbaston with packed out crowds getting behind the world’s best players. Every game has felt like a home game with fans of all eight competing nations turning out in force to watch top quality cricket and some hard-fought games, including the final was a superb advert for the women’s game,” said ICC Chief Executive Geoff Allardice after the event ended.

For starters, cricket was first played in the Olympics way back in 1900 in Paris. England and hosts France were the only countries that participated in the event, with the visitors predictably taking the gold medal.

But now with a plethora of changes to cricket since it was last seen in Olympics, one can be hopeful that some space can be created for the T20 format, as seen in Commonwealth Games and during 2010 as well as 2014 editions, with a return set for the now-delayed in Hangzhou, China.

The T20 format gets finished in about three hours, if over limits are implemented strictly, making it possible for the game to be contested in the Olympics schedule. One of the biggest challenges for cricket has been the perception of it being a global sport enough to fit into the Olympics fold.

Currently, ICC has 12 full member nations and 94 associate members, including nations like Argentina, Brazil, deemed to be football powerhouses. Also, there are enough good-quality teams available in the cricketing world to keep the fans engrossed in the competitive and excellent cricketing action, which is the nucleus of any sport in the world.

Moreover, cricket is just the second-most followed sport in the world with 2.5 billion followers of the game, the majority of which comes from South Asia, followed by Australia and the United Kingdom.

It is just behind 3.5 billion fans of football which has popularity in Europe, Africa, Asia and America. An entry of cricket to Olympics will give the sport much broader reach to a fan base which is strictly invested into multi-sport events and are not traditionally into cricket.

“Being in multi-sport games, whether it is the Commonwealth Games or the Asian Games or the African Games, I think putting cricket into these multisport events is good for the growth of our game. One, it gives a lot of our member countries a seat at the top table for sporting organisations within their country. Two, the coverage of these games reaches new audiences that may not be traditional cricket audiences,” Allardice has pointed out ahead of Birmingham 2022.

He added: “That is one of the opportunities with the Commonwealth Games is that we can reach new audiences. I’m sure you have seen in the last five years or so, the quality of our women’s events is outstanding.

“The players are great ambassadors for our sport. I am sure cricket will be a star attraction at the Commonwealth Games, which can only leave us in a good position as we look for ambitions moving forward in all other types of multi-sport games.”

Though a high-quality final between Australia and India had a cloud of Covid-19 above it, but one can be fully sure that if cricket at the Olympics turns into reality, then the success of women’s T20 event at 2022 Birmingham Commonwealth Games will have played a huge role in propelling the sport to be on the greatest global sporting platform.