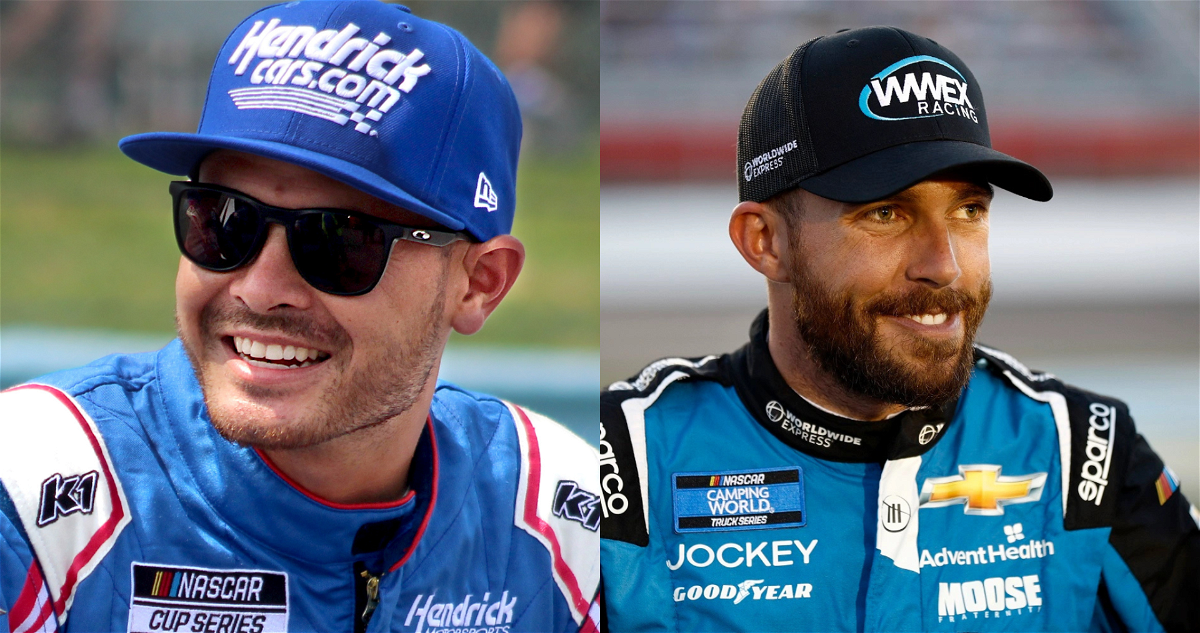 During last week’s race at Michigan, Kyle Larson took a slight dig at Ross Chastain on his team radio and refused to work with him during the race.

Despite that, during a recent press conference, he mentioned that he travels back and forth along with Chastain’s boss, Justin Marks.

Naturally, fans were quick to point it out. They stated that he has a problem with Chastain on the one hand but on the other, he’s more than comfortable rubbing shoulders with his boss.

To give you the complete story, back in Michigan, Kyle Larson’s spotter had asked him to work with Ross Chastain. However, the #5 driver said, “Ha, Ross [Chastain] work together with anybody. That’s Funny.”

Lemme get this straight he has a problem with Ross but yet uses Ross boss man to get back and forth.

However, a few individuals stated that Marks and Larson had been friends long before Chastain entered the picture.

LarsonMarks was a sprint car team with Shane Stewart as the driver for a few years until Larson bought out Marks. They have been friends long before Ross came on the scene.

Ever heard of Larson Marks Racing? The sprint car team Kyle and Justin used to own together.

Another stated that they both even raced together in the same team once.

They also drove for CGRacing together

Even though it might seem weird to see Larson being friends with Chastain’s boss, as it turns out, both had been friends for a long time now. That is the reason why Larson was preparing to fly with Justin Marks in the first place.

What did Kyle Larson say during the press conference?

During the same press conference, Larson was talking about heading to the Knoxville Nationals in time for the hot laps right after he got the pole during qualifying for the Cup Series race at Richmond Raceway.

During the press conference, Larson stated, “It’ll be tight. I’m hoping to be wheels up before 8, it’s 7 there, it’s an hour and 40-minute flight and I’ll land in time and hopefully get there in time for hot laps.”

“Pretty quick trip, flying with Justin Marks so, huge thanks to him for lining it all up and go and have some fun.”

He added, “I guess, Henrick, Kyle Larson, and Ross Chastain, front row is pretty cool, be fine flying with him so look forward to it and hopefully get a win tonight.”