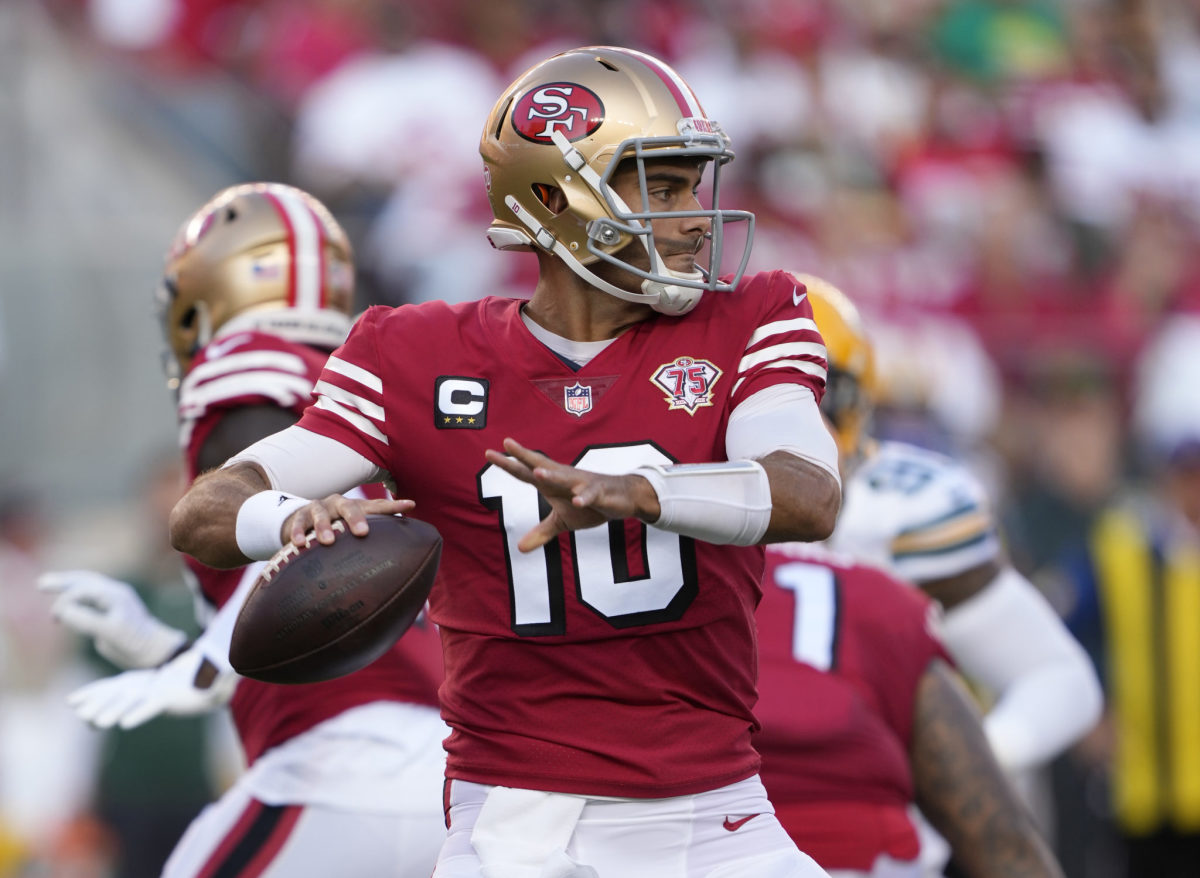 San Francisco 49ers quarterback Jimmy Garoppolo reportedly ghosted the organization and his teammates after getting a huge contract extension in 2018.

According to a report from Mike Silver, Garoppolo essentially vanished during that offseason.

“Jimmy Garoppolo, the guy everyone wanted to give flowers to for his professionalism, would routinely ghost teammates and coaches in the off-season. Including immediately after his big contract in 2018. “The Jimmy G. Vanishing Act,'” Rob Guerrera tweeted.

According to the report, Garoppolo repeatedly ignored coaches during that offseason.

It’s surprising to hear, considering how often Jimmy G. has been lauded for his professionalism.

Everyone needs a break from time to time, but completely vanishing with no contact is a big step.

Of course, not everyone sees it as a bad thing.

Garoppolo remains with the 49ers, though a trade or release is expected at some point.

Hopefully Jimmy G. picks up the phone when the move comes.