“I think I’m going to fight him [Tyson Fury]” 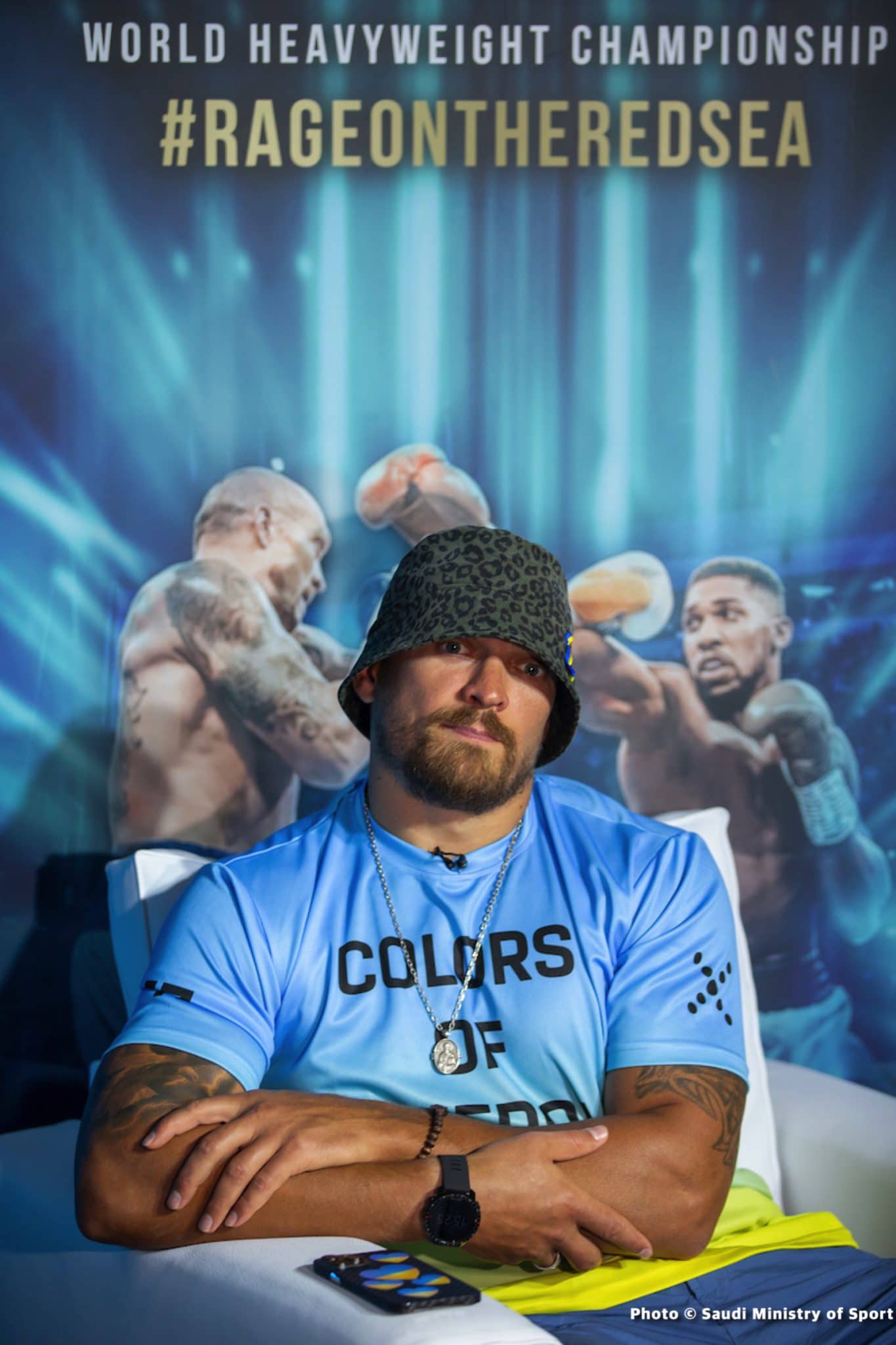 By Brian Webber: Oleksandr Usyk is confident that WBC heavyweight champion Tyson Fury will agree to fight him for the undisputed championship after he takes care of Anthony Joshua this Saturday night in their rematch.

Three-belt unified champion Usyk (19-0, 13 KOs) doesn’t believe what some boxing fans are saying that Fury doesn’t want to fight him and will elect to stay retired rather than face him.

Ultimately, what could lure Fury into taking the fight against Usyk is if he doesn’t look spectacular in beating Joshua.

For example, if Usyk gets dropped a couple of times and is forced to rally hard for the win, that might motivate Fury enough to take the fight.

“I’m not thinking about that at all,” said Oleksandr Usyk to Fight Hub TV when told that Anthony Joshua’s team believes he’s going to knock him out.

“I think we’re going to fight him [next],” said Usyk about Tyson Fury.

“I think that’s the best fight that can be made in the heavyweight division in terms of styles and action,” said Shawn Porter to Fight Hub TV about a clash between heavyweight champions Tyson Fury and Oleksandr Usyk.

“I don’t think that’s a fight that Tyson Fury wants simply because he knows there are some other fights that he can have where he’ll have more eyes and money than Usyk,” Porter said.

“I’m not mad at him. At this point, he’s done everything that he needs to do to be able to command the money that he wants and the eyes and the attention that he wants.

“He said something about fighting Chisora. That’s not [a big clash], but he can sell a fight and doing it in the O2 and all that kind of stuff. People want to see Tyson Fury. They want to see him against a character.

“I’m not saying that Chisora is on the level of Usyk, but in terms of being a seller and having a fun promotion. You get a show. I’m not going to call it an easy night, but you get the night that you want. It’s how that business goes for Tyson Fury at this point,” said Porter.