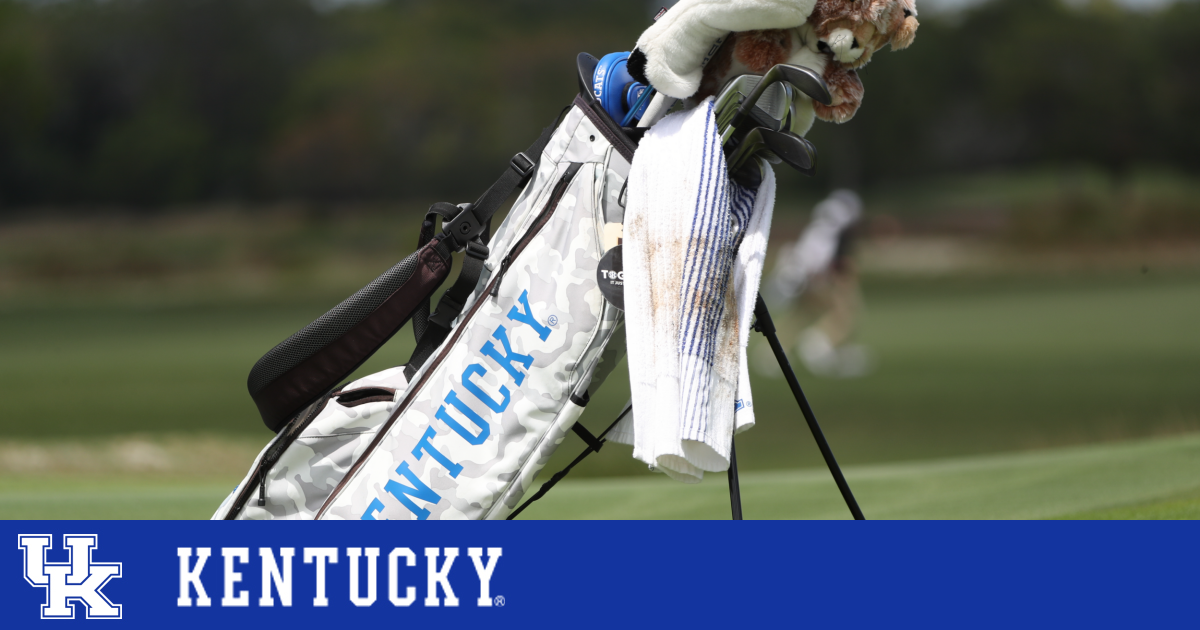 LEXINGTON, Ky. – The University of Kentucky men’s golf team has announced its 2022-23 schedule and will compete in four fall events and five spring events in preparation for the postseason.

“What a great schedule we put together for the 2022-23 season,” UK head coach Brian Craig said. “We have a wide array of championship golf courses and strong fields. A highlight is definitely going to the world-renowned Maidstone Club which is directly on the Atlantic Ocean in Long Island, N.Y.

“We have also revised the SEC Match Play Championship which will be 54 holes of stroke play, followed by one round of match play,” Craig said. “That event along with our SEC Championship in the spring, will be two of the most elite amateur events in all of golf. We have a strong returning core of players and some new guys who are ready to compete now. This team is going to work hard, play confident and patient golf, and do a great job of representing the Big Blue Nation on and off the course.”

The Wildcats return seven players from the 2021-22 roster. Combined the returners earned four top-10 finishes, 11 top-20 finishes and three of UK’s five starters from its Southeastern Championship and NCAA Regional squad will return.

Details regarding each course and regular-season event are below:

Sage Run is a course in Michigan’s Upper Peninsula. Paul Albanese, ASGCA of Albanese and Lutzke Golf Couse Design, designed it. Sage Run features a large drumlin, which is a long, sloping ridge. It runs throughout the course in different directions, challenging players to interact and move along the course with it. Each hole has a unique character and feel. The course takes golfers through pine scrub, open and partially wooded areas.

The event will consist of a two-day, 54-hole stroke-play invitational competing at the 7,309-yard course hosted by South Dakota State. Goff, Jackson LaLonde, Kremer, Cooper Parks, Tanner Parks and Wood all appeared in the event in 2021. Goff tied for 14th to help the Cats to a fourth-place finish.

The Coldstream Country Club course is modeled on Scotland’s Village of Coldstream. It’s a par-71 course measuring 7,081 yards from the longest tees. The Dick Wilson-designed course first opened in 1959.

The Wildcats return to the Bearcat Invitational for the first time since 2019. Craig’s squad captured the team championship in 2017 and has made four appearances in the event since 2011.

Goff and Cooper Parks were members of UK’s starting lineup the last time the Wildcats competed in the event in 2019. UK placed third, with Goff earning a tie for 13th.

All 14 SEC teams will travel to Birmingham, Alabama, to partake in a three-day tournament combining stroke play and match play.

Kremer and Cooper Parks were among the starters in the event a season ago which only consisted of match play. Kremer amassed a 1-2-1 record, while Parks was 1-3-0.

The Club’s name is derived from the original name for East Hampton, which was Maidstone named after Maidstone in England. It was founded as a seven-hole course in 1894, before expanding to 18 holes in 1899. Sitting on 80 acres on Gardiner’s Peninsula, the course introduces multiple hazards at various angles, including a marsh, Hook Pond, sand dunes, beach grass, reeds, well-placed bunkers and wind.

This will mark Kentucky’s first-ever appearance in the event.

An integral part of the Briar’s Creek experience is the way golf and the natural environment complement each other. There is no shortage of water, marshes, wetlands and wildlife, along with the occasional bunker, rough, and gently rolling, but quick putting surface.

Precisely designed and skillfully maintained, the Rees Jones masterpiece embraces the rich, low country landscape and vegetation of Johns Island and the Kiawah River. Multiple tee boxes offer dramatic shots around, across and along unspoiled marsh and riverside vistas, creating a spirited, scenic challenge for golfers of every level.

Kentucky will begin its spring season in similar fashion to the end of its fall slate – playing in a new event and on a new course in the Craig tenure.

Reflection Bay Golf Club is set on luxurious Lake Las Vegas, located 20 minutes east of the Las Vegas Strip. A 320-acre man-made lake, Lake Las Vegas is the centerpiece of this high-end residential resort community. Built in 1998, Reflection Bay Golf Club was designed by 18-time major champion Jack Nicklaus. The course is designated as a prestigious Jack Nicklaus Signature Design, the only such course located in the state of Nevada.

Kentucky will enter the event for the second consecutive season. The Wildcats placed sixth overall in the field a season ago. Wood, Kremer and Goff all were in the field, with Wood highlighting the week with a tie for sixth on the individual leaderboard.

Forest Heights is recognized as one of the finest in the Southeast. The course measures out to 7,123 yards from the championship tees. Although the tee shots are relatively forgiving, the players face their biggest challenges when they reach the undulating greens. The greens feature subtle breaks that make it difficult to read and making scoring low a tough task.

Kremer earned a career-best finish coming in 16th and a 2-under scorecard a season ago. Wood and Goff were also in the field, with Wood also carding a top-20 finish.

This 7,220-yard course, just minutes from Charleston, is stimulating and offers two par fives that are more than 600 yards long. This tournament annually features some of the best collegiate programs in the nation. It lies along the tidal salt marshes to the north of Charleston and is known for its bold and somewhat idiosyncratic style. Taking into account the ever-changing coastal wind conditions, fairways are wide and green sites generously proportioned to offer the players a wide variety of approach play.

Kentucky is making its 18th overall appearance in the event in 2023. Wood, Goff and Kremer all tied for 33rd overall in 2022, and UK placed seventh overall.

Set against the backdrop of the Blue Ridge Mountains, Birdwood Golf Course originally opened in 1984 and was designed by Lindsay Ervin. In 2018 the course underwent a 20-month renovation led by legendary PGA Professional Davis Love III and Love Golf Design. When it reopened in July of 2020, only five holes remain relatively similar to the original course, sharing the same corridors, direction and par as their predecessors. The new course now extends into a previously unused 50 acres of the property. The redesigned Birdwood has drawn rave reviews. Golf Digest ranked it the No. 3 new course in 2021, Golf.com ranked it the No. 7 course in Virginia and GolfLink listed it as the ninth best college course.

Kentucky played in the event for the first time a season ago. The Cats placed in fifth overall and Wood secured a tie for ninth, while Goff earned a tie for 14th to lead the way. Kremer and Cooper Parks also appeared in the event.