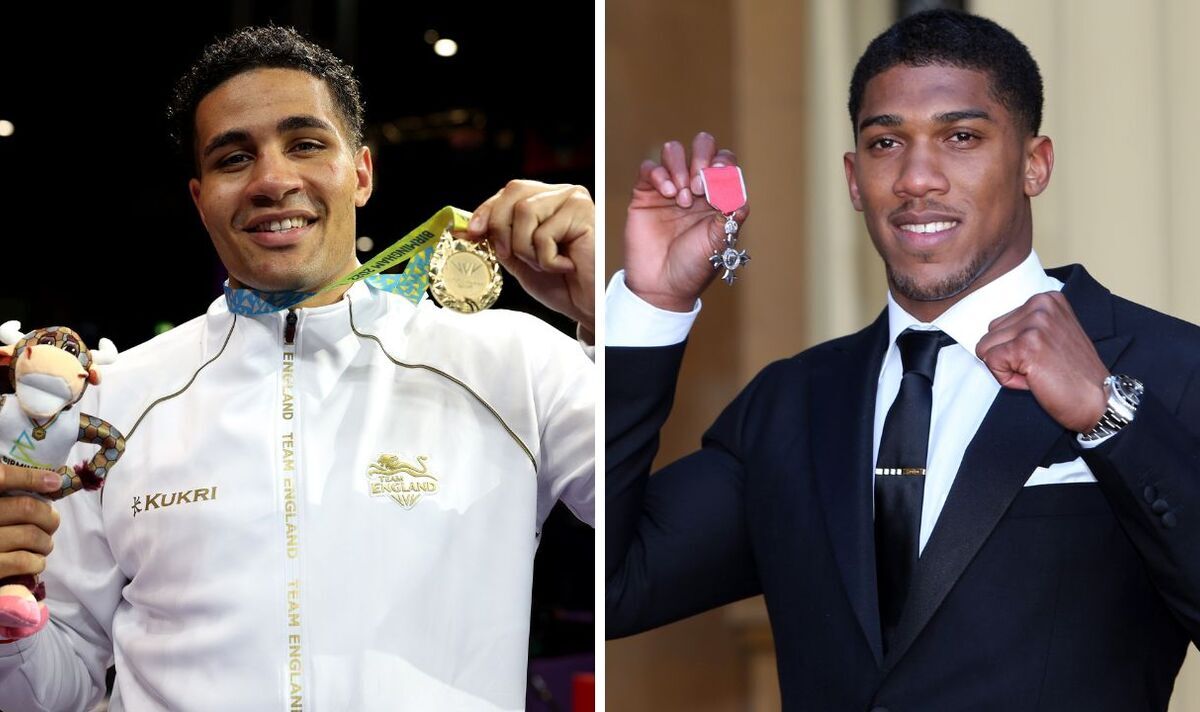 Commonwealth Games super-heavyweight champion, Delicious Orie, won the hearts of the British public when he defeated Sagar Ahlawat to capture gold in Birmingham earlier this month and has lofty ambitions for the future. The Brit has his sights set on world titles when he eventually turns over as a professional and aims to inspire along the way – the same way he was by his hero, Anthony Joshua.

Orie watched his first boxing event in 2016 when Joshua captured the IBF title against then-champion Charles Martin in London. That year, at the age of 18, Orie stepped into the ring and decided on a career in boxing before he had even laced up a pair of gloves.

Since his recent successes, the media has made many comparisons between him and ‘AJ’ but Orie is aiming to target a ‘different demographic’. Speaking to Express Sport, he said: “AJ has been my inspiration from the start, I admire the man, he’s the guy that’s got me into the sport, and he’s made me believe in myself and this desire to become a world champion.

“But for me, I come from a slightly different background and hopefully I’m able to inspire a different demographic to him. I’ve never really been a fighter before the age of eighteen, I’m quite academic, I’m kind of a teacher’s pet, I love school and studies, so my life revolved around school when I was a child. I never had problems with teachers and was never really a troubled kid. So, I’m approaching it in a slightly different way so hopefully, I can inspire young people with similar stories in the future.

“If you set your mind to something you can achieve it, especially in England, I feel as though England is the land of opportunity, all you’ve got to do is work hard and I want more and more people to see that because I feel like some people take it for granted a little bit.

“Coming from a different country, coming from Russia, I was treated differently by some because of the colour of my skin and as a result, I’ve taken advantage of what I’ve got now. So, that’s the biggest thing I want to leave behind because it’s as simple as, if you want something manifest it, work hard and get it.”